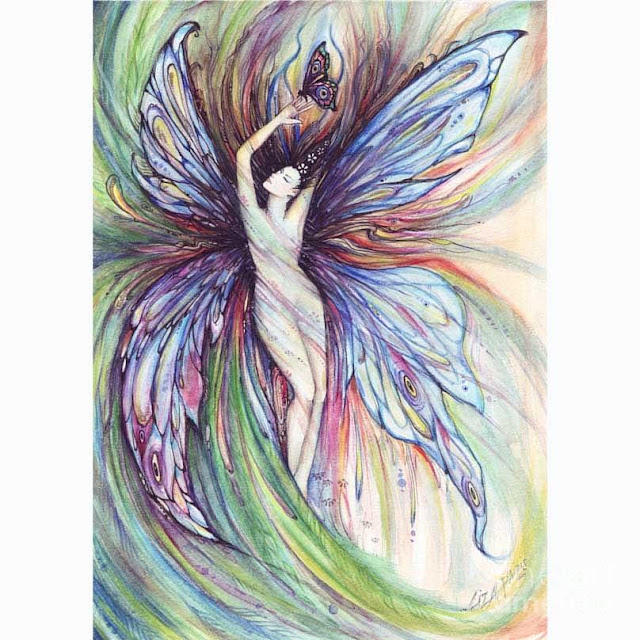 Beyond the mists of memory, in Wales, round
houses changed to square ones, and chimneys
were added to them. The new chimneys ventilated
fireplaces--but the downside of chimneys was that
in summer when night fires were absent, burglars
could crawl down them at night, and steal your
valuables while you slept. The worst of these
criminals were called the Red Robbers.

During those times, in a small village, there lived a
young widow. Her husband had been murdered by
highwaymen. She was left with an infant son, and
one cow. She sold milk and butter, and barely
scraped by.

One dark July night, the Red Robbers decided it was
her turn to be victimized. She awoke the next morning
to find that all her money and her one cow were both
stolen. She felt violated and was overcome with
sadness. She asked family and friends for help, but
they were as poor as she was, and could not help.

Her rent was due, and her baby had no milk.
Suddenly there was a loud knock on her door. she
opened it and discovered a short stout woman, all
dressed in green, wearing a green derby with
sprigs of clover in the band. She asked to come in,
saying that she was new to the village, and was visiting
her neighbors. The widow was glad for the company,
and she shared her tale of woe.
May I help you? asked the lady in green, pouring out
two fists of gold coins on the table.
I am wealthy, and I like you; let me take away your
troubles.
But I have nothing I can give you in return.
There is something in this cottage that I do want.
If you give me what I ask for, you will get a pot of
gold.
What do I have of any value?
Without hesitation the woman said: I want
your baby.
Oh my God, no! I could never give up my son.
Isn’t there anything else I could do for you?
The old woman was silent for a moment: I know
that you have guessed that I am the Fairy Queen.
If I take your son, you will become rich beyond
measure. You can get a new husband and have
other children.
What you propose is so cruel.
Let me lighten your burden. By fairy law, I cannot
take your son for three days. Also, I must give you
an alternative. When I return, if you can guess my
name, you can keep all the money and your baby.
With that she stood, and left the house .

Being conflicted as to what to do next, she did not
sleep for two days. On the morning of the third day,
she awoke to find a fat smiling mouse sitting at the
foot of the bed. Fear not, for I am a magic mouse,
and I live in the walls. I witnessed your predicament,
and I want to help you. The Fairy Queen preys on
poor widows and she must be stopped. Fairies are
not nice to mice either. Her name is Dowdy Doot.

The widow was overjoyed. The next day, around noon,
the woman in green returned. She picked up a cooking
pot and filled it with shiny gold coins.
How many guesses do I get?
As many as you want.
The widow spent an hour guessing names--Welsh,
Irish, English and biblical. The woman kept shaking
her head No. Suddenly the widow stood up and shook
her finger in the woman’s face: Shame on you for
taking advantage of widow’s misery! Your damn name
is Dowdy Doot! Now, be gone!

The Fairy Queen grew red with rage. The front door blew
open. She screamed like a banshee, morphed into a
cloud of brownish-green smoke, and flew up the chimney.

The widow bought a fine house, and raised her son--giving
him a great education. The son became a lawyer, and then
a judge, bringing down and locking up the Red Robbers.

Posted over at dVerse Poets Pub--Poetics
Posted by Glenn Buttkus at 3:15 PM


I've met a couple of fairy queens in my lifetime I'd like to have seen morph into brownish-green smoke and fly up my chimney This is a delightful beguiling tale from beginning to end, Glenn! A rollicking good read.


Beware errant fingers. Yes, I know your name is NOT Blenn, Glenn!

I love this story! it would be amazing to thell children or grandchildren. What a perfect write!

I absolutely loved this story! So well done you are a wonderful word-smith.

Entertaining story and I chuckled at "Dowdy Doot"...what a hoot!

I thoroughly enjoyed this tale, Glenn, and what a coincidence, I’m off to Wales next Monday for a conference in Cardiff! I love all kinds of Celtic myths and legends, and the Welsh have some brilliant ones.
I love the legendary opening, ‘Beyond the mists of memory’ and the way you put the story into historical context in the first stanza, and set it up for robbers to come down the chimney. My heart went out to the poor widow – and I had a feeling the woman in green would ask for the baby – a female Rumpelstitskin - classic!

How you have worded this legend/tale is commendable! It's gripping and it's something which has to be read out loud to enjoy its great flow and imagery. The traditional nuances are made richer in your language. I loved it! :-)

I was going to say you show exactly how ludicrous were the stories people used to believe in then I thought about the stories some people still do believe in...

This poem deserves a round of applause and a standing ovation!❤️ I loved the way you drew us into the story and the way the widow outwits the fairy queen in the end!❤️

I was so afraid that at the end it would be revealed that the fairy had shape-shifted into a mouse to mislead the poor widow. So glad Leona Helmsley got hers -- or didn't get what she wanted! Well-told tale!

What a lovely fairly tale, and what a horrendous woman, preying on the poor... sometimes it's nice with mice.