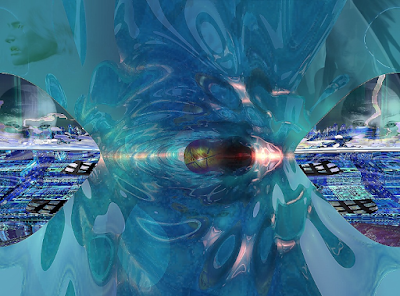 “In other words, apart from the known & the unknown,
what else is there?”--Harold Pinter.

With good study skills,
we approach philosophy
like a bitch in rut.

Was Jesus a philosopher?
Perhaps--certainly he shared what
he believed, making an indelible
imprint on history; or was he just
a messianic messenger parroting
the stern loving views of Jehovah--
an innocent lamb marked for sacrifice?

There was a time
when only Philosopher Kings governed,
because in their exalted view,
the people were either too ignorant
or completely incapable of fathoming
the holy realm of Politics.

Philosophy is strictly defined as the study of knowledge regarding
logic, metaphysics, ethics, & aesthetics--but in casual speak it can
expand its definition to include any basic belief, concept, or attitude
of any individual or group. So I find myself stumbling about in various
belief systems which dredge up all religions, racism, patriotism, sexism
& politics, exhausting my efforts to draw the lines, shore up the sound
bites, embrace a religion, or trust our elected representatives.

I must say that for me
it is through poetry that I most easily
promulgate, investigate & share my
personal beliefs & my
philosophies; a forum where it is less likely
that I will catch a bullet in my teeth, or be
incarcerated for my views.
If you spend a year reading
someone’s poetry, you may assume that you actually
know them, that you could accurately predict
what motivates & moves them.                    If you feel that way, you would
be wrong, of course, because most poets
are chameleons--except for those who are not.

And there’s the rub. It is difficult enough
to really understand your spouse.
your peer group,
your children,
your world, & even
your self.

Inhabiting the moment, cataloging the tragedies of the day through the bias
of the media, as decades click by like a playing card lashed to a spinning
bicycle wheel, I sincerely lament the lack of luster, & the reduction of choices
within a beautiful mind--that once was open all night, where everyone was
welcome, that now is changing, hardening into a dingy diner in a bad part
of town that keeps odd inconsistent hours, that only offers a menu written
in the last century, where the crusty cranky proprietor naps too often, & is
paranoid about health inspectors, protestors, charlatans, demagogues, and
greedy tax collectors.

Posted by Glenn Buttkus at 1:57 PM

Brother, I just called you out in the pub - wondering where you were. And here I find my poem already waiting. Ha. I think that writing out, or writing in general we work out our philosophies - it is an easy place to test our thoughts and beliefs. Its pretty sad though that we have to worry about catching a bullet for our beliefs.

I think that happens with all of us - as we get older we come to know ourselves enough that our philosophies begin to crystalize. Maybe we begin to understand what is really important. I doubt I will ever trust a politician - and organized religeon is just about as dubious at times. I also doubt we ever understand much more than a parcel of truth.

Glenn, your philosophies are brilliant!

I read your words like 2 elements: truth & spiritual awakening.
You've tapped into our subconscious, making sense within our truth
of who we are as human beings, and what we can do to improve ourselves
and our planet earth.


I love everything and the ending of your poem.

I think in the end, we will only discover part of the truth ~ I like the idea of sharing and knowing each other through poetry, even though it is on a superficial level ~ But I also know that some blogger friends can become real life friends ~ Good to see you Glenn ~

Chameleons we are....our philosophies are borne out in our poetry/art. I think I missed the boat with my poem, focused on a do or die situation..when I think the idea is to "live" as fully as possible and 'do unto others'. As you say, we don't have all the answers. Some never develop a philosophy, are unable to, don't know how, or adopt one or go along with the crowd.
I enjoy your reflection on this.

It's horrible to approach the ceiling and to feel the limit before finding the expanse. Or maybe it's a relief to let go ofthe Why, why unanswerable why of it all. And Jesus himself preferred to act than to explain, though he had his moments as does our poetry demonstrate rather than prate. I love the clicking of the spinning wheel, the lament for the lack of luster ...

"most poets
are chameleons--except for those who are not"

Love this part:
"I sincerely lament the lack of luster, & the reduction of choices
within a beautiful mind--that once was open all night"

"I believe that I
have only discovered a
parcel of the truth."

Amen, brother. Amen. Thank goodness there's someone left who doesn't know it all.

i think it is wise not to assume too much - even if you know a person for a long time already. just today my daughter said how i surprised her with sth. i did - and even though she knows me so close for such a long time already, she didn't think i would react in that certain way to something

The truth can never remain hidden for too long and shall come out soon with its bright shining light. Beautifully executed :D

i think discovering a parcel of truth is enough for one life specially when one moves in a world of masked people...

a parcel of truth

What an idea, Glenn. Little parcels of truth all over the world. Will we have the full picture then?

I enjoyed this Glenn - and it is so you.

Writing is a wonderful way to discover our truths. I love how your poem progresses, revealing your confidence as well as those questions that still remain. A parcel of the truth may represent the whole and you know what they say, it's the journey that matters.

Glenn, I liked your thought that poets are chameleons. I think that is true of anyone who spends time thinking about the way things work and why things happen. Therein too lies the final realization that truth itself is amorphous and based on nothing really except what it may be held to be at any given time and therefore we can always only know a parcel of it, if that. Smiles...>KB

relationship, words (in poetry or texting), long-hand letters; all have the element of clarity and work effort, yet it's what makes the world and changes those around us... some heavy thoughts from you today

I watch my mother kind hearted published poet.. open to all..
age in heArt.. still a beautiful heArt.. but a mind
less receptive to changes in structure and routine
of life.. sharp still.. as scrabble plays..
but less bending to rivers of now..
i suppose in some way i
write poetry
to avoid
death
in life..
been tHere
done that place
my mother never
enters in 'defruiton'
i'll write a million
or trillion words
and read ten times
more.. not to go back
to death in life.. it seems
to work..N..dance songs..
for now.. she quit writing
after five years or so in the
prime of her fifties of creation
then.. my goal is to be like
you and carry another decade
or so.. at least.. further.. if so..
keeping my universe
growing..
the best
medicine for me..
is giving.. growing
in heart of poetry..
dance and song..
i suppose that
is wHere the
real
sAges
are who flow
effortlessly
as a feather
as air just
letting
go..
wHere
fear
never
appears..:)

My brain was a monster

and i finally harness

This is a fantastic and very relatable read, kiddo. I LOVE "most poets are chameleons".....maybe even most people........we do sometimes feel like that playing card on the bicycle wheel, dont we? Loved this. Great piece.

I believe we have so much more to learn about life and the world. If a parcel is delivered each day we learn in the journey. Poets are chameleons..I am sure there is some truth in that parcel...poets are insightful, curious and view the world with a different eye. They are able to blend with their words and sometimes you wonder has the poet become the words or are the words the poet..I have missed reading your thoughts ..hope you are well...

I believe it is only given to us to know a "parcel" of the truth--but your parcel happens to be larger than most. Thanks for a most intriguing and though-provoking write. Your power and your presence.

I must say that for me
it is through poetry that I most easily
promulgate, investigate & share my
personal beliefs & my
philosophies;

Heard you loud and clear Glenn! One often wonders how much can be accomplished by putting one's thoughts on paper in a language beautifully expressed. It has a way of stimulating the potential which otherwise remains dormant. Great thoughts!

Such a clear understanding of philosophy you present, Glenn. I agree that, for many of us, it is through the arts that we express our beliefs and that these beliefs evolve over time as we gain knowledge and experience. But what a tiny piece of truth we grasp, seeing things as we do from a limited perspective.

How I loved these lines!
If you feel that way, you would
be wrong, of course, because most poets
are chameleons--except for those who are not.

""most poets are chameleons".....maybe even most people........" absolutely
I really enjoyed this poem...your thoughts and philosophy. Maybe no one person can understand all, maybe it takes all our collective knowledge to capture it all.

I do like investigating my personal beliefs through poetry as well. If I write about something, I find out how I feel about it!

Interesting idea about spending a year reading someone's poetry & whether or not one would come to understand them after that year. Ha, I would say that there are some poets in the sphere whose poems I have read for two years or more and still don't understand them!

Your parcel of the truth is a weighty one. It acknowledges and respects the chameleon beasts that we all are. Philosophy, afetr all, is a concept and not a statement, thank goodness.

sometimes I wonder if my philosophy is just a pile of soapy (or sappy)... but you make me think, good sir ... ~

your line about most poets being chameleons...except those who are not...made me laugh. Very true, though. We can get to know each other to a certain degree through our poetic words, but our words only reveal as much or as little as we wish them to.