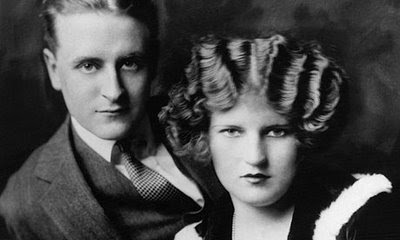 It's the birthday of F. Scott Fitzgerald,born Francis Scott Fitzgerald in St. Paul, Minnesota (1896). He was kicked out of Princeton and went to serve in the Army during World War I, and he was sent off to officer training camp. He said: "We all knew, of course, we were going to be killed. And I, like everybody else, wanted to leave something for posterity." So it was in the training camp that he wrote his first draft of a novel, which he called The Romantic Egotist.

He spent more than a year at Camp Sheridan in Alabama, by which point the war had ended, but it was there he met the love of his life, Zelda Sayre, who refused to marry him because he didn't have any money.

Desperate, he went back to St. Paul, where he lived with his parents for a few months and rewrote his novel, now called This Side of Paradise. He passed it on to Maxwell Perkins at Scribner's, who loved it. It was a huge success, selling out of its first printing in just three days; and about a week after it was published, Scott and Zelda got married.

Scott and Zelda were the golden couple of the Jazz Age. Years later, Fitzgerald said: "A writer like me must have an utter confidence, an utter faith in his star. It's an almost mystical feeling, a feeling of nothing-can-happen-to-me, nothing-can-harm-me, nothing-can-touch-me."
Posted by Glenn Buttkus at 9:04 AM