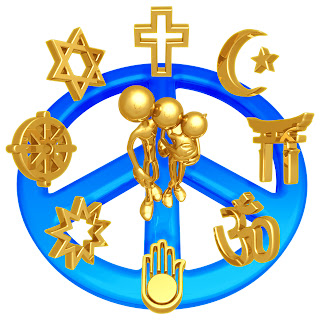 “And the first rude sketch that the world had seen was joy
to his mighty heart, until the Devil whispered behind the leaves,
“It’s pretty, but is it Art?”.” ---Rudyard Kipling

Christianity has been misused by zealots throughout history,
yet today too many view Islam as a religious cancer,
and mosques as breeding grounds for extremism & terror.

Yet much of the world remains tranquil ensconced within
Buddhism, Bahai, Judaism, Hinduism, Sikhism, & Taoism.
Even the plethora of pagans prefer peace over chaos.

Does God, in his many guises, smile at our fervent posturing?
All inflexible worshippers seem to be lost in their stoicism,
and doves cannot fly in a vacuum of grief and misguided gall.

Would you like the author to read these Sijo poems to you? 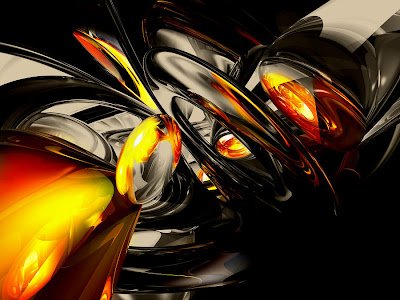 “Only a poet can capture the essence of chaos.”
---P.H. Coase

Brilliant blossoms have now burst from their buds
like a living patchwork quilt draping
the ridges on the foothills near your farm;

dressing the bare spines & gray appendages
of maple, oak, and alder that surround
the blue rainbarrel ranch like a fairies' ring.

straining to take his inherited place in what’s left
of the Kim Dynasty, hoping that one day soon
his own colossal statue will stand granite

shoulder to shoulder with those of his father
& grandfather, playing nuclear roulette as
his long-range missiles perch like kimchi condors.

wooden letters that spell Home backwards,
and I can easily hear the honied melodies
of the morning birds, setting up a spooky chorus

with the last of the night dogs belting out
the final notes of their mournful ballads;
seeing you in a Spring work dress squatting

like a golden maiden, your hands buried
to the wrists in the rich black earth
of your several raised garden beds.

As investigators in Boston are now looking
for a young white man wearing a back pack,
a black jacket, a gray hoodie, and a white

baseball cap worn backwards, and another
white youth who dropped off a suspicious
bag minutes before the first cowardly blast

exploded, bringing death, blowing off limbs,
embedding shrapnel into the innocent
bodies of the the soft targets selected.

I can see sibling cats leaping white-bellied
into the air after my blue-belled cat lure,
with Sarge, the shepherd, lying next to

the metal barrel stove, watching me,
hoping for another hike up to the
clear-cut bare foreheads at the edge

of what’s left of the National forest, he & I
sole witnesses to massive cloud thighs
masking a cold sun in an eggshell sky.

As the FBI arrested Paul Kevin Curtis for sending
lethal letters laced with the poison ricin to President
Obama, and a U.S. Senator.

I can visualize that incredible star-choked wedge
of night viewed through the skylight above the bed
in your loft, dreams running clearly

But April remains Olympus and defiant,
and obviously it can not be captured
within the slim lines of one poem.

Rock stars too often deified,
being adrift in a kayak,
without any radar,
your ideas ready to pop
with tons of stats,
used to solve the murdrum,
this being your civic
duty, a much higher level
of pure investigation, Madam.

Would you like the author to read these Palindrome poems to you? 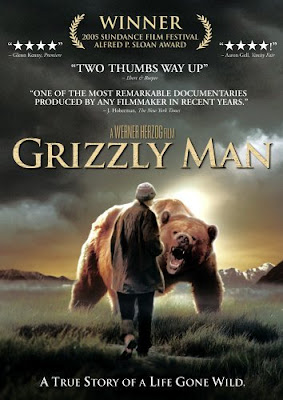 “I believe the common character of the universe is not harmony--
but chaos, hostility, and murder.”--Werner Herzog.

Timothy Treadwell was a true misfit, a charismatic clown,
a sometimes actor who was proud of being born on the
same day as Daniel Day Lewis, spending his youth
surfing, screwing, drinking, & doing drugs.

During one of his paranoid flights from society
and reality, he found his handsome self
on the Katmai Pennisula in Alaska,
a federal nature reserve swarming with
Ursus Horribilis--grizzlies.

He loved it there, and returned several more times,
feeling connected, driven to be there, convincing himself
that he was bonding with the fearsome bears--who
were busy eating salmon and wild berries in preparation
for their hibernation--and oddly tolerated his presence.

He became embolden and began to walk up to some
of them, giving them pet names, swimming with them,
almost petting them, facing some of them down--until
they became his life.

He returned summers for twelve consecutive years,
shooting hundreds of hours of film, passing himself
off as a bear expert, calling himself the Grizzly Man
& an Eco-Warrior, appeared on the Discovery Channel,
Dateline NBC, and once even on David Letterman,
gave lectures to wildlife groups & school children,
formed a non-profit organization called Grizzly People,
soliciting enough money to keep funding
his annual treks to the Katmai.

He prided himself, bragged about facing the grizzlies
unarmed, never took a weapon with him, not even
a pistol--began to fancy himself as the bear’s
“Protector”. Looking into the camera at one point
he said, “I will die for these animals.”

It began to be obvious that his posturing was
becoming false braggadocio, shadow play,
a sad absurd sham. His effeminate speech,
gait, and demeanor did not ever threaten
the indifferent swarms of bear. At one point
he faced his own camera and said,
“I often wish I were gay--life would be
so much easier.”

In 2003, after an altercation with an airline employee,
Timothy snapped, and returned to the Katmai
with a female companion just as Fall was
turning the peninsula crimson.

One cold night in October, a rogue embittered old boar
came into their tent and dragged Treadwell outside.
He was only armed with his camera, which he activated,
but had left the lens cap on--so what was recorded
was only the terrible audio of him being eaten alive.

His companion did not flee. She attacked the grizzly
with a frying pan. He turned and killed her too.
The bear took two days to devour them both.
All that was found later were some tennis shoes,
part of a hand and wrist still wearing a man’s watch,
part of a head still attached to a picked clean
backbone, and part of a female ribcage.

Years later director Werner Herzog made a documentary
about this strange deluded man, trimming the hundreds
of hours of raw footage down to 103 minutes of film.

“I found that in all the faces of the grizzlies he filmed,
there was no kinship, no understanding, no mercy.”

So after a strange decade of bruin charade,
Timothy Treadwell got what he truly wished for--
a martyr’s death.