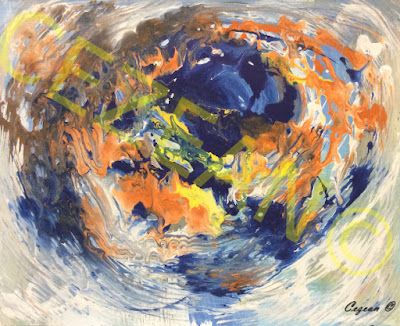 “We need silence to be able to touch souls”
--Mother Teresa.

Gurus suggest that to achieve
enlightenment,
Oneness
Vision-quest
or Nirvana,
we must seek out,
or rediscover,
or find for the first time,

perfect silence;
to quell those voices        within & without,
inhabit a place
of serene stillness,
of white light--
perhaps your personal
portal, a sweet doorway
into multiple dimensions;
and somehow while in
that place, you will be
introduced to a titan
called Truth--

naked, freshly peeled,
without its trappings,
cousins or usurpers.

Meditation & hypnosis & faith were not adequate
conduits for me. I wonder if one of those
deprivation or isolation tanks would work for me?
Where you lie in a few inches of water with the
lid closed--would that provide the pathway, grant
me access, burst me through the hymen of
ignorance, slice through the membrane of memory
and light up the helix--or would I just hear the
water, or suffer claustrophobia?

During my last sprint in
this cosmic relay race,
I find that I’m distracted by
the gadfly of doubt,
the wood tick of fear,
the larva of lies,
and the sins of self.

Could I, at this juncture,
actually handle the truth?

The beasts, birds, reptiles
do not seek enlightenment;
killers and victims.

Post over at dVerse Poets Pub
Posted by Glenn Buttkus at 12:23 PM 13 comments: 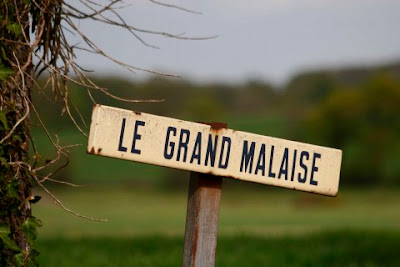 “Men are dead, dead--and the malaise has set in
like fall-out. We no longer fear that the bombs will
fall--we fear they might not.”--Walker Percy.

It would be
too kind
to identify
the state of America
as a “puzzling mess”;

that would be
like calling an abyss
a tiny hole.

We have trumpitis,
a fascist virus.
Many of us
scramble to find
a blessed cure. 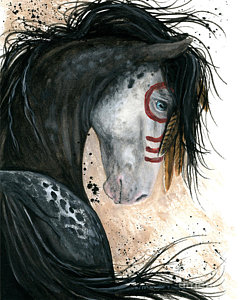 “Dance in the middle of fighting. Dance in your
blood, when you are totally free.” --Rumi.

1(medium close-up) the rope surcingle was
snugged up below the Appaloosa’s withers
2(sound cue) Indian seed rattle and piano.
3(medium wide shot) the stallion flexed his
shoulders, not liking the chest rope--but he did
not move away. He just shifted his weight, rolled
his eyes, and watched Buck, and the pokes on
the rails.
4(medium close up) a large red-tailed hawk on
the tall barn behind them, launched itself off the
roof, its wings spread out for a glide.
5(sound cue) hawk’s scree over cello.
6(shift to overhead drone shot) the hawk’s POV,
down over the crowd and the corral, a hawk
speeding past an eagle and a medicine horse.
Everyone looked up for a moment, seeing the
hawk impale a field mouse near the water trough.
7(sound cue) a rodent squeal, wings flapping over
a harp & a harmonica.
8(medium close up) faces turning away, refocusing
on the drama before them--as the hawk flew off in
the background.
9(close-up) Johnny Eagle’s calm face: Chatawa.
10(medium three shot) Buck moved over to the rails.
Johnny loosened the lariat lashed to the breaking
post and tossed it to the ground.
11(medium close up) Johnny: It is time, great caballo-
Aguilla will ride you now.
12(wide shot) the Eagle grabbed a handful of scanty
Appaloosa mane & swung up onto the dappled stud’s
broad back. Chatawa exploded before Johnny’s weight
had settled--but he managed to grasp the rope loop
and the reins. Buck jumped out of the way, and the
stallion jumped for the sun. Johnny held the reins in his
right and thrust his left hand high into the dusty air. One
could see the sky between his butt and the horse.
Chatawa came down thudding hard & leaped to the
left. Johnny’s hat flew off and sailed over the rails.
13(sound cue) piano & guitar.
14(close up) Johnny, his eyes flashing, all white
teeth and wide smile.
15(close up) Buck, eyes squinting in the dust.
16(medium wide shot) punctuated by quick cuts of
the horse’s eyes and dancing feet--the stallion
leaped to the right, twisting in the air, coming down
shifting his weight to the left, kicking his back legs
up, making his back into a whirlwind of shudders
and flexed muscle. Johnny gritted his teeth and
stayed on. Chatawa rose up on his hind legs,
pawing the air like a cornered grizzly, kicking up
white dust, dancing, hopping, and screaming his
lungs out--then crashing back to ground, jumping
higher and higher, rocking from front to back--
before breaking into a gallop running straight at
the rails. Cowpokes fell off backward the full
length of one side. Johnny skinned up his leg
The men around the corral were yelping like
Comanches, throwing their hats in the air,
stirring up more dust than the dancers.
17(two-shot) over Buck’s shoulder, Thor stared
at the hunter’s broad back, measuring and
scowling.
18(medium wide shot) the stallion circled, one way,
then the other, like a hound chasing its tail. He
continued to leap, but the jumps were half-hearted.
There was foam at his mouth and on his shoulders.
Suddenly the horse jerked to a halt--Johnny lurched
forward, almost falling off. Chatawa was gasping,
his eyes glassed over, his muscles were quivering;
the fight was over. Johnny straightened up and
nudged the stallion’s sides with his knees. The bronc
responded smoothly, turning and walking, stopping
and starting, trotting, his head and tail held high.
They rode around the inside of the corral four times,
prancing and showing off, and then the Eagle swung
down.
19(sound cue) trumpets, French horns & slide guitar. 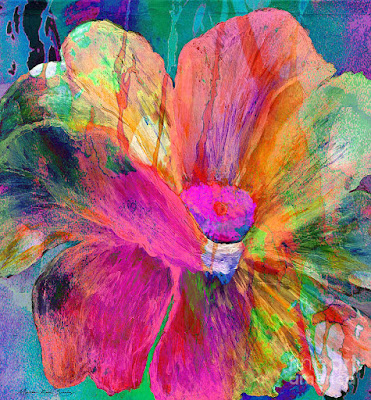 “When the flower blossoms, the bee will come.”
--Srikumar Rao.

You could easily be my apple blossom, even
though you mother is basil. I need to see
a red carnation in your golden hair,
and a daisy in the corner of your mouth,
as I present to you, wrapped in white silk,
purple lilacs.

Do not make me embrace those marigolds,
as I clutch a red rose and black tulip
in my left hand as I bow before you.
For me you are ever the white lily, and I
am the faithful grass beneath your feet.

Know that there is nothing of my intentions
that smacks of foxglove. My sweet words
are all iris and ivy, as my soul sports
bluebell glee.

Please cherish the orange blossoms in
the scarf at your tiny waist, and shun the
deadly nightshade the lurks nearby. Wear
white clover in your lace bodice, and allow
me to be the pansy for you. Consider this
my bravest iris pinned to your plum tree.

Posted over at dVerse Poets Pub
Posted by Glenn Buttkus at 12:59 PM 13 comments: 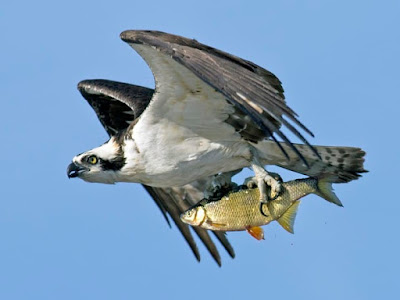 “Youth is  gift of nature, but age is
a work of art.”--Stanislaw Jerzy Lec.

My grandfather was a wonderful artist. His style
was like Charles Russell met Frank Frazetta. He
lived on a couple of acres along the Spokane
River. He converted an outbuilding into his studio.
It had several windows for the natural light. There
was a cold pantry in there too, so the air wafted of
apples and potatoes. It was the smells I remember-
ed most--oil paints, old leather in tack, sheepherder
storm coats & work boots--old paper in stacks of
ARIZONA HIGHWAYS, several pieces of aged
fence posts & pungent sprigs of sagebrush.

He would take months to finish a painting, and
always seemed to be working on one when we
would visit. He allowed me to critique works in
progress, a gift not offered to any others.

A pair of osprey
perched on the fence waiting;
fish leaped to their death. 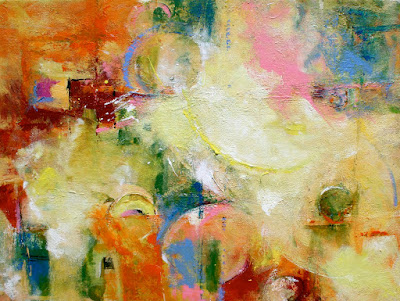 “Sex at age 90  is like trying to shoot pool
with a rope.”--George Burns

It can be hard to feel good
about your aging body, as
it no longer can be taken for
granted, while arthritis, edema
and terrible balance can nullify
the pursuits & interests of youth.
Wisdom is a poor substitute for vigor.

Divers doors begin to slam shut,
and have to be opened by others.
Activities and former daily agenda
are no longer actual viable options.
Even fond memories become sour milk
as real choices cascade off the calendar
like ghostly flakes of dead skin.

Posted over at dVerse Poets Pub
Posted by Glenn Buttkus at 12:47 PM 16 comments: 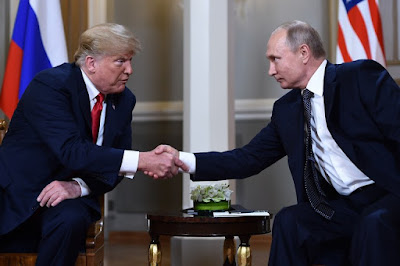 “It is said that wrath is the last thing in a man to
grow old.”--Alcaeus.

Already, historians cringe as they envision
recording Trump’s term(s) for posterity; for
it will be as thick as the New York phone book
and as surreal as a William Burroughs’ novel.

My soul’s anger boils over
every day now, without fail,
as we watch him strangling
democracy, reshaping Congress
to his will like Stalin,
like Caligula astride Mussolini
while worshipping Hitler.

My personal wrath
feels as futile
as a broken bat,
as useless as spurs
on an ice cream cone.

As our nightmare deepens, and the free press
is threatened and maligned, I wonder where this
insanity is leading--to gulags,
to servitude,
to surrender,
to slavery,
to the murdering of all who
oppose him--as he pines for the royal title
of President for Life?

Christ Almighty, snap out of it America!
Fascism no longer hides in the shadows.
It stands in the sun spread-legged, arms
folded, eyes ablaze, unleashing hellhounds.

Posted over at dVerse Poets Pub
Posted by Glenn Buttkus at 1:12 PM 11 comments: 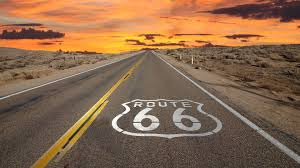 to rise
before the dawn,
to head Southwest,

to slip into darkness
needing to rush to
greet the sunrise;
a fresh pungent
today.