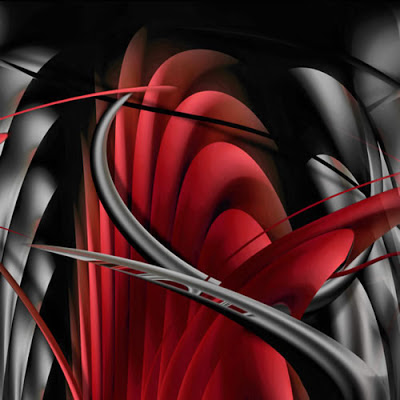 “Roses can be red, violets can be blue--
I’m schizophrenic, and so am I.”
--Oscar Levant.

Red simply is the
most powerful color in
the light spectrum; it incites.

All colors create
emotional responses, but
only red conjures passion.

Watching a rainbow,
we witness the power of
red, sensing regality.

China & Russia--
both used red as their symbol
of political prowess.

Red on a fast car
gets our blood pumping, our cheeks
flush--sexual arousal.

The red umbrella
is used in Art to accent
or contrast a dim gray world.

Would you like the author to read these Sedoka Verses to you? 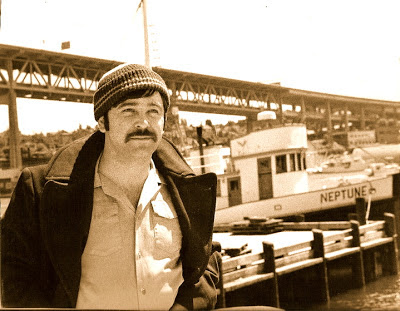 Laurie Kolp, over at dVerse Poets, recently did an interview with me. What a grand honor & privilege to have been selected this month:
I’m happy to bring you fellow Gemini Glenn Buttkus this month. He’s just celebrated a birthday (June 14), which he spent with family and friends, that evening a visit to the Tacoma Film Club. Happy Birthday, Glenn!
In this interview,  you will read about Glenn’s love for theater as well as writing novels, poetry, and photography.
Let’s start with a poem I selected from Glenn’s blog,Feel Free to Read.
Nymph
by Glenn Buttkus
“One should lie empty, open, choice-less as a beach–
waiting for a gift from the sea.” –Anne Morrow Lindbergh
His most cherished
moment, after banishment from fog,
bathed in golden
afternoon sunshine was
watching her strolling along the
neck of that
black beach, still
slick with the wondrous wetness
of outgoing tide;
silhouetted tiny against
the girth of the nearest
largest sea stack,
at the base
of a tall rock, where
a lone fisherman
stood like a
cardboard cut-out, grasping his
big saltwater pole,
with the sunlight
dancing around him on waves,
rippled by wind.
She stood poised,
as she considered dashing between
the receding waters,
and then decided
against it, quicksilver frozen in
a blue tableau,
perched like a
white heron stilted on driftwood logs,
before taking flight,
as he finally
understood her love for the
sea, the forces
that pulled her
from the city regularly, letting
her run free
on ocean beaches,
wandering, meditating, wading, waiting to
salute the sunset.
Tell us about yourself, Glenn.
Like many folks out there, I have been married several times. In the 60′s I had a pretend wife, and we lived together for 7 years; many halcyon hippy days. I had just got out of the Navy in ’68. I returned to college, planning on becoming a teacher, English & Drama. But then I got accepted into the Professional Actor’s Training Program at the U of W. They had national auditions, and I was one of the few local actors they accepted. Three years later I emerged a classically-trained professional; and 7 years after that, upon returning from Australia where I had done a play, I could see that I needed a change. When we make a supreme effort to make a living out of Art, be it as a writer, a dancer, an actor–we discover that paying the rent requires a secondary back-up vocation.

Glenn as Special Ed teacher for 26 years at the VA (Dept. of Veteran’s Affairs).
I took a year off in 1978, and got a job working with the blind in Los Angeles, at the Braille Institute of America, near Hollywood. I discovered that teaching in special education was much more rewarding than entertaining people, so I got an honorary withdrawal from SAG, AFTRA, and Actor’s Equity, and never looked back. A couple of years later I returned to graduate school to get my MA in Spec Ed. I met my first wife, whom I refer to as my “practice wife”, while working at BIA. I was 35, and she was 22. The marriage lasted 5 years, and it was not a match made in heaven.
I was lucky enough to get hired by the Veteran’s Administration, and returned to my home state of Washington to work at the Blind Rehab Clinic at the VA in Tacoma. I worked there for 26 years, until I retired in 2010. I looked forward to going to work, realizing that somehow I was making an impact in people’s lives, that I was making a real difference in the world. One could not “buy” a job like that.

A recent actor’s resume shot from a play Glenn was just in; 12 ANGRY MEN.
What else interests you?
My younger wife still has five more years to work before she joins me in retirement. In the last couple of years, I have gotten quite immersed in photography. My children had to teach me how to deal with the digital world, and now photography provides me with great joy & creative outlet.
Last month I appeared in a play of 12 ANGRY MEN, my first performance in front of an audience in over 35 years. Somehow I managed to memorize a lead role, and several of my old friends, actors, teachers, artists, showed up to cheer me on.
That’s awesome, Glenn. What was it like returning to the stage after such a long absence?
Doing the play was definitely on my bucket list, and it was a lot more successful, for me, than I had expected. I was both nervous & excited before it opened, and remained that way for all 9 performances. Our theater only has 35 seats, and my friends & family showed up en masse, like 50 of them, blessing me and keeping me humble. My reviews were off the chart. The theater has a small gallery wall, and presently they are using a dozen of my photographs to illustrate “Pioneer Spirit” for the play QUILTERS.
One last thing before we go, could you share a funny memory with us?
On a vacation with my wife, we took our cooler in the car, and had lunch meats & condiments & bread to make sandwiches. It was difficult to hold the lid up in the back seat, open the condiments, and make the sandwich. My wife was better at it than I was, so of course I wanted her to make my sandwiches for me. But in the Badlands of S. Dakota, we stopped at a trading post, and she decided she wanted to go in and look at Indian jewelry, and told me I needed to make my own sandwich for a change. My lip was stuck out, but I struggled and got one made, which I placed up on the roof of the car while I tried to put everything back in the cooler. The sandwich slipped off the roof and landed on the ground. After a string of epithets, I picked up the sandwich, wiped the dirt and pebbles off, and decided I would eat it regardless. During my first angry bite I crunched into a piece of gravel, and broke a tooth. My wife came out about that time, and I felt that the whole affair was her fault, making me have to do this thing by myself. She laughed herself silly, which diffused my befuddlement, and now we refer to the story as the time I fixed myself a “Gravel Sandwich”.
Wonderful! You’ll have to keep us posted, Glenn. It’s been a pleasure getting to know you a little better. If there is anything I missed, please feel free to leave a question for Glenn in the comments.
Follow Glenn~
Facebook
Twitter