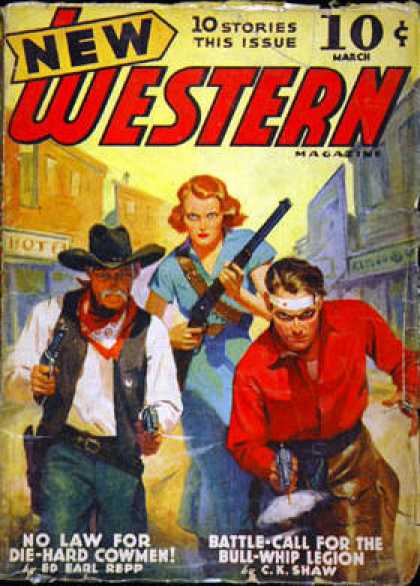 “The grave is a fine and private place, but not one I

and tries to sit up.

Buck, in a hoarse voice: Where am I?

Henry Wallace, leaning into the frame: You’re at my

fishing cabin along the Red River.

Buck: Am I dreaming?

Salina bent over and kissed him gently.

The three of them laughed nervously, with Buck

coughing at the end.

Buck: If you are going to kiss things to make them

better, pucker up--we’re going to be here all day.

5(three-shot) Wallace: You damn near didn’t.

Salina: No one bothered to tell the Devil that you

were dancing on the edge.

Salina: You’ve been in a coma for five days.

Buck: Really? Then why don’t I feel more rested?

Buck: Christ, I feel like I was run over by a stage

coach, and stomped by the whole team.

Salina: I won’t tell you what you look like.

Buck: Well, come on, somebody comb my hair.

Wallace: You are alive, thanks Jesus.

Buck: I’ll be sure to do that when I get a moment.

I guess I about wore out those angels on my shoulder.

Salina: Let’s say you definitely put a cramp in their

Buck: Why am I not arrested?

Salina: That’s a long tale for another time, a work

in progress. Just know, as far as we can tell, no

one is after you at the moment.

Buck: How can that be?

Salina: chuckling,”Honey, you blew the lid off the

Buck: And that’s a good thing?

the strangest situation I’ve ever seen.

Salina: Later, sweetheart. In the meantime, you

leave all the worrying to me.

Buck: sighing, I can do that.

He closed his eyes and was immediately asleep. 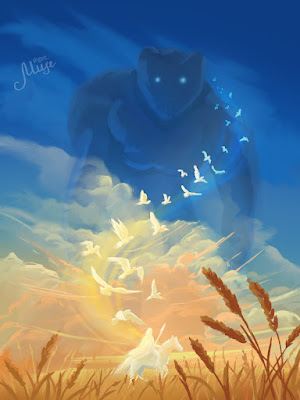 painting of "The Hope" by Vika Muse.

“When the Bear begins to dance, it is not you who

decides when the dance is over--it’s the bear.”

is a bastard behemoth;

smaller now than before

the fall of the wall,

and is held fast by

too dangerous to tame.

Putin has loosed it

on the whole of Ukraine,

The brave population of Ukraine,

though dying by the thousands,

continue to battle the bruin,

as America watches from afar.

of the Ukrainian people

rides a horse of light,

and carries a shining lance

that can slay dragons and bear,

and we do see the great bear

and licking its wounds.

We marvel at the visceral bravery

of the Ukrainians, and marvel further

at the flocks of white doves,

that fly into dangerous skies

offering peace in the iron sky

It is a fact that it is

hard to target one bird

amongst a moving flock

that the warriors of light

the evil forces of darkness;

is littered with broken wings, 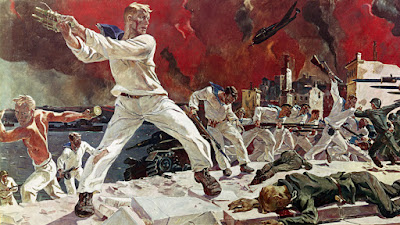 “I don’t know with what weapons WWIII will be

fought, but WWIV will be fought with sticks and

Outside my window, Spring brings sun-breaks,

thunder storms, hail and snow--all in the same day.

Many of us choose to write about the beauty of

Spring as a respite from the war news and atrocities

in Ukraine. I understand the need to unsee the

terrible ravages of war, but make what you please of

nothing that light-hearted can dissuade me from

thinking about those group burials in death ditches,

I stand for Ukraine, though I can barely stand. I write

in safety about the war crimes done in plain sight. I

traveling there to volunteer his help. I say the entire

civilized world needs to stand united and cut the 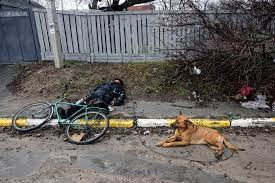 “There were piles of corpses lying here, without

of Kyiv, with a population

was occupied by the Russians

After they pulled out recently,

what they left behind;

the stuff of macabre and

then verified in person,

at the intersection of

a stone’s throw from the train station,

a dozen bodies lie in the street

was allowed to touch them.

These were mafia-style executions,

head shots while on their knees

with their hands tied behind them,

and they were beaten and tortured

before they were killed.

with hundreds of bodies in them,

and proof of cremation of hundreds more,

as well as land mines being planted

around the grave sites.

Women and children and the elderly

were all murdered in their homes,

before the soldiers looted.

Some had their tongues cut out

Women were singled out,

and raped in front of their children,

then striped naked and killed,

Yes, history is full of such atrocities,

but the Russian prove to be more

barbarous than even the Nazis,

or the Japanese bayonetting babies,

or the Cossacks killing Jews.

Sadly, this horror continues, and

it is feared that this incident will

only be the beginning of the war crimes

we will discover later. 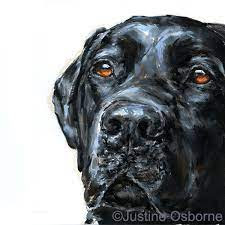 “Poetry is all that is worth remembering in life.”

I remember being ten years old.

I remember we lived on on a small farm.

I remember a big stray dog that showed up

I remember naming him Midnight

I remember what a loving companion he was

I remember we lived next door to a chicken

I remember the morning I found blood on the

I remember being told that during the night he

I remember the neighbor demanding that we

I remember my step-father agreeing to it in

I remember digging a grave at the far end

I remember the slow walk out to it, me with

the dog, Art with a rifle.

I remember being forced to order the dog to

jump into the hole.

I remember the trust on the dog’s face.

I remember the crack of the rifle.

I remember the dog’s head exploding.

I remember being told to bury him by myself.

I remember a torrent of tears.

I remember hating my step-father, and the world 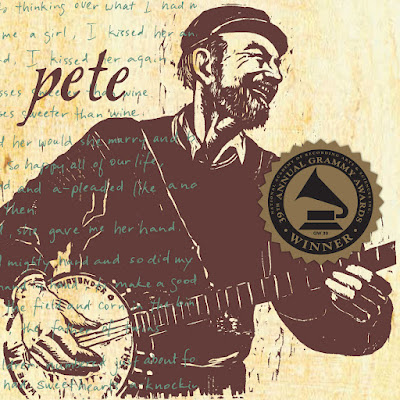 “For everything there is a season( turn, turn, turn).”

based on a bible verse,

the lyrics were lifted

“a time for every purpose,

under heaven,” it states