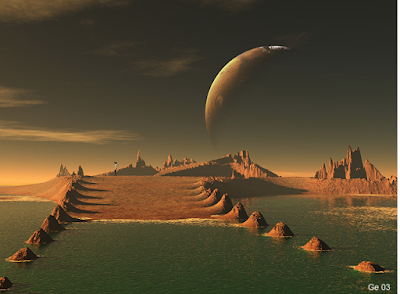 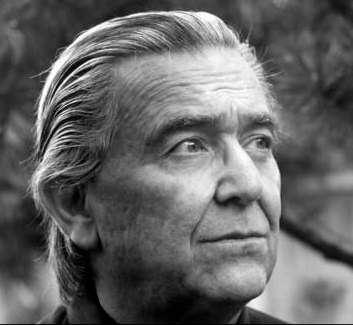 “In the social jungle of human existence, there is no
feeling of being alive without a sense of identity.”
--Erik Erickson.

I never liked the name, Buttkus, very much.
It was my stepfather’s, my third one, who
at my dying mother’s request adopted the
three kids. But I found if you wear a name
long enough, it becomes you & you become it.

In my family, it seemed, I was always
first, though not always a winner,
first born & favored by Mom,
first into the school system,
first to get straight “A”s,
first to go to college, returning three times,
first to graduate, with three degrees,
first to be in the armed service,
first to pursue a career in the Arts--

I mean, why not?
I had very little mechanical aptitude, poor math skills
and the hoary sciences never beckoned to me. All
I had was a romance with words, a silver tongue,
a vivid imagination & a passion for performance--
which richly fueled my careers as actor,
writer,
teacher &
poet.        In the end it was
Civil Service, working for the Man,
that allowed me a thirty year career
as a teacher of the visually impaired.

Today, I sit like an aged restless tomcat,
a Boomer two times three years into retirement.
Hell,
I grew up with a fiery Socialist for a grandfather,
who lovingly planted & sowed the perennial
seeds of liberalism within me, imprinted on
my soul. For a time
I mingled with liberals at college, & it saddened me that
I encountered so few in the world at large.

Observing our planet, our country, at present, waist-deep in the bloody
quagmire of the Bush-induced New Crusades--much too close
to the writings of Nostrodamus, plagued by ever-clinging racism,
bigotry, sexism, red-necked Republican ravings (wake up, Bubba,
you are too poor to be a real Republican), while watching a bilious
billionaire with a fourth grade vocabulary & a bully’s sensitivities,
pretending not to be influenced by corporate factions & Wall Street
sickens me (OMG, he is the damn poster boy for the 1% ruling class);
I find myself hatching nightmares of impending dystopian, fascist
scenarios, that too many of us, like lemming heading for the cliff,
fall in line, hopping on bandwagons & trains with too much momentum,
just seem to be hell-bent on materializing.

I am who I am,
not some other, just a crippled
bear in a paper cage. 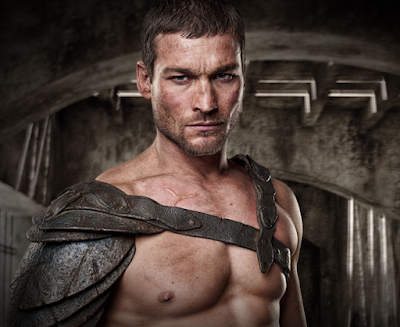 “When a free man dies, he loses the pleasure of life--a slave
loses its pain. Death is the only freedom a slave knows--
that’s why he’s not afraid of it--Dalton Trumbo
from SPARTACUS.

Many of us know who Spartacus was,
or think we do, having seen the films,
or read his name in history texts.
Yes, he lived, & was the primary leader
of a slave army during the Third Servile Wars
in 72 A.D.
There is a rumor that he had been recruited
in Thrace, in his teens, & had served in the
Roman Army, giving him knowledge of battle
tactics & mindsets--that he deserted, was captured
& sentenced to living death as a slave in the
mines of Libya. But as the fates would have it, he was
recruited yet again, for his ferocity, to be
trained as a gladiator at a school in Capua.
He excelled, & became a Champion

in the bloody sands of Roman arenas;
but like a tethered tiger, like a wing-clipped
eagle he dared to dream of freedom...
One bright dawn, he & his fellows erupted,
killed the guards, sacked & burned the school
& Spartacus escaped, taking 70 lethal gladiators
with him.

Their encampment was on Mt. Vesuvius, & within a week they were
joined by a thousand escaped slaves; word spread like a viral pandemic
--”Rise up, break your chains, join Spartacus & be free at last.” Spartacus
shared command with Crixius, the leader of the Gauls; berserk barbarians.

They were underestimated by Rome--We take five years to train a legion-
aire, & this rabble is made up of mere slaves.  Spartacus came down from
the mountain, & wiped out the army sent against him. The Slave Army
swelled to 120,000 souls, complete with families; women & elders fought
beside the young men. He moved north, defeating three more legions,
while heading for the Alps.

Crixius was a warrior, not a statesman, & he felt unstoppable
after winning 4 battles, so he took the 30,000 Gauls, broke off
from the main army, & marched on Rome. Spartacus sadly
headed north, toward the mountains. Soon
word got to them that Crixius, a poor tactician,
was caught between two legions & was
annihilated.

Spartacus defeated three more armies sent
to stop him, reaching the foothills of the Alps,
but  he was not sure his rag-tag band could
make it over the mountains. Mysteriously, he

turned his followers back to the south,
fighting his way magnificently for the full
length of Italy, bypassing Rome & stopping
in the toe, arranging for ships that his people
could escape on.

The wealthiest Patrician, turned General, Marcus Crassus, pursued
them, pushing their backs to the sea. In late 73 A.D.. near the
headwaters of the Siller River, Spartacus was trapped between
three legions, & his army of freed slaves was finally beaten,
butchered by the tens of thousands, families clinging to each other
and to their hard fought freedom. The body of Spartacus was never
found. 6,000 slaves were crucified along the Appian Way.

“I am Spartacus!”,
a thousand men cried to save
their hearts from breaking.

Posted over at <a href="http://dversepoets.com"> DVerse Poets Pub for Poetics 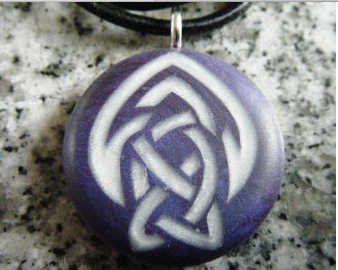 Dare we dream of perfect brotherhood
within a world strangled by greed?
If goals are checkmated by need,
are politician’s promises any damn good?

Our democracy perhaps should
be less other-directed, and take heed;
dare we dream of perfect brotherhood
within a world strangled by greed?

We are a nation of can’t--if only we could
actually govern from love, and not impede
those beautiful dreamers who want to lead
us out of chaos, to where equity is understood.
Dare we dream of perfect brotherhood?

A humane, political plea in the Rondel form. 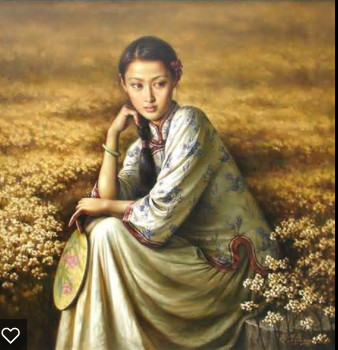 Your heart is full of fertile seeds, just waiting
to sprout.”--Morihei Ueshiba.

The bus station bench became too hard to tolerate,
the milling minions                     too loud,
too boisterous,
too pleased & joyous
as it seemed that everyone else met up
with a lover, a friend, or a family member,
as he sat solitary, arms folded,
legs outstretched.

The great shiny but dusty Greyhounds
rolled in & parked in neat diagonal rows,
their air brakes whooshing, their diesel exhaust
choking the air of the terminal garage, as
their chrome doors made that distinctive
clunk folding back & swinging open wide,
allowing the anxious passengers egress.

Too often these days,
working for a year now in the bustling
Kenworth factory,                  he ate alone,
slept alone, &
walked alone,
staring into the brightly lit windows
of other people’s lives, while listening
to other people’s music.

Yonglin told him yesterday
that she would come up for
a visit tonight, after her shift at
the diner, in that converted railway
car on the edge of Diggsville, down
in the farm country, traveling up from
the Notch, the placid purity of rural
blessings into the stench & chaos of this
metropolis. They were engaged, but
only managed to see each once a month.

There was one more bus scheduled to arrive at midnight.
Nervously, he walked next door to the New Peking restaurant,
& gobbled down some house fried rice, laden with shrimp,
chicken, pork, eggs & green onions. Sipping hot green tea,
he traced hearts in the lovely grease left on the colorful
platter. He smiled as he read the message extracted from
his stale fortune cookie: Someone will make you happy
tonight.

Long distance romances
can be difficult to maintain;
but it can be done. 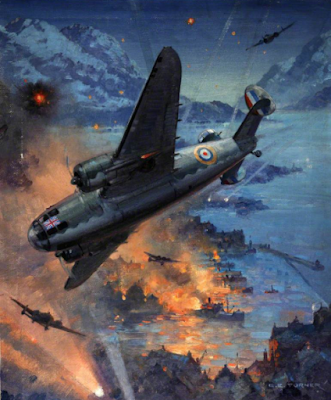 “My father pulled into Pearl four days after the bombing
& there was no lull--everything was still burning.”
--John Lasseter.

I remember my grandfather saying,
“Hell, what is happiness?
It’s just a lull between chaos & pain.”

As a kid, who could be lulled to sleep watching
paint dry, I never understood.

The lull between the
bombs dropping is more fearsome
than the explosions. 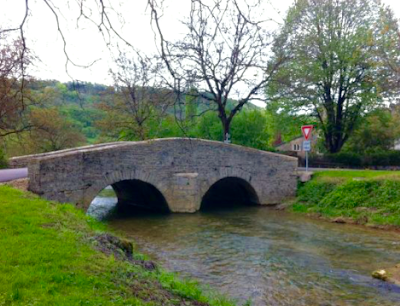 “There ain’t no way you can hold onto someone that wants
to go--so just love what you got while you got it.”
--Kate DiCamillo.

I paused, stopping my battered pick up. The Chev V-8 idled
roughly, the glass packs popped and rumbled. The gray
overcast sky looked ominous--it was probably going to rain.

There it was, the crumbling stone bridge over Owl Creek, here
at the head of Oak Lane. Once I cross it, as I had a thousand
times, there will be no turning back, no return trip to the home
I built with my own hands, to my wife of twelve years, to my
three sons who were my joy--all of which who stood on our
front porch as I pushed past them carrying a battered leather
suitcase & a moldy duffel bag.

My Betty was stone-faced, her cheeks still wet with tears. Luke
& Carl were little men, standing silently, staring at the boards
beneath them--but Buddy was only five. He reached out to me
as his mother held his tiny shoulders, blubbering, “Daddy, don’t
go, please, we still love you.”

I turned the red truck back toward the house, as my own tears
clouded my eyes.

If a man lets his
pride and anger overrule
his heart, all is lost.