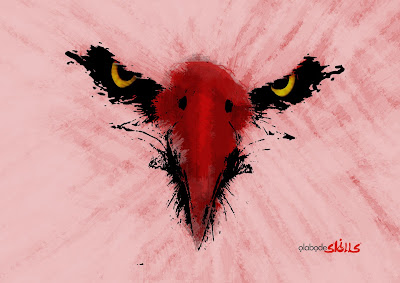 “A man need not fear death, but rather never
beginning to live.”--Marcus Aurelius.

Fear wears
a bad reputation,
since most of us
have learned
that to be fearful
of something,
and reveal it

to others,
is a sign of
weakness
and cowardice--

but the truth
is that fear
is our friend;
albeit hyperactive,
and often
somewhat 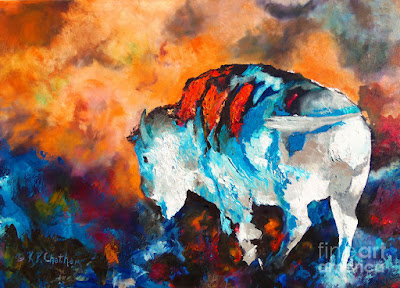 “History is comprised of one slaughter after
another. We talk about it, but no one is really
listening.”--Fred Ward.

1(overhead medium-wide crane shot) Buck lying
on his buffalo pelt making preparations--the ten
bison grazing 150 yards from his hillock. He
would be firing down onto them.
2(sound cue) two cellos, jazz snare brushing.
3(medium close up) Buck loosening the copper
thumb screw & adjusting the aperture disc to the
first notch, slowing bringing the Sharp’s front sight
even with the backbone of the largest cow. He
waited until she turned broadside.
4(tight close up) his eyes, left one closed, the right
one steely & unblinking.
5(close up) he squeezed off a shot with the thick
trigger.
6(sound cue) the thunderous clap of the Sharp’s
lethal discharge, echoing for a moment.
7(medium close up) the bullet hit a little low, tearing
her lungs apart--her legs caved in a second later as
the lead passed through her a kicked up dust on the
other side of her. Her brown bisonic bulk thudded
into the knee-high grass.
8(close up) her head on the ground, eyelids closed,
gasping for air as thick red foam dripped from her
black lips.
9(sound cue) Indian seed rattle & banjo.
10(medium wide shot) Time stood still for a moment
as the small herd froze in shock.
11(medium close up) Young Buck jammed another
tall brass cartridge into the Sharps.
12(medium wide shot) The albino patriarch danced
and leaped about, straining to locate the hunter,
sniffing the air, pawing the ground, grunting and
bellering & moaning in fear, raising dust. The other
bulls & cows formed an oxen circle, butt to butt,
heads down
13(medium crane shot) behind & above Buck. We
can see the buffalo in the distance as the hunter
pulled down on one of the younger bulls and
squeezed off another shot.
14(sound cue) the Sharp’s discharge over coronet.
15(medium close up) the young bull suffered a
spine shot, and his hind quarters went down,
making him appear to be sitting. The old albino
roared & headed straight for Buck, gathering speed,
its tufted tail erect like a lion.
16( medium close-up) Buck fired again, sending a
fifty caliber message toward the charging bull.
17(medium wide shot) The bullet struck the bull in
the chest at sixty yards, shooting for the lights, thus
ripping a hole in its lungs. The albino went down like
a tree had fallen on it, skidding to a halt in the dust.
The other bull broke formation & headed for a nearby
gulley--four cows & one calf followed, rolling up white
dust midst their panic.
18(angle on Buck) loading another cartridge into the
smoking Sharps.
19(sound cue) cello, piano & harmonica.
20(cut to an overhead drone shot) Six bison running
away, Buck prone on his pelt, the albino down, and
one older black cow standing still near it.
21(medium close up) The cow stood as a statue,
with the albino calf between its legs, confused, both
waiting for the white patriarch to get up.
22(sound cue) another loud shot from the Sharp’s.
23(medium wide shot) Buck had gut-shot the last
bull at two hundred yards, knocking him down--but
then it jumped up again, dragging his entrails. The
young bull stopped & stood, its shoulders quivering,
glassy-eyed--the world a red mist, with blood every
where in the yellow grass. The others stopped
running, & trotted in small circles around the bull.
24(sound cue) bass fiddle & snare drum over a loud
rasping bellow.
25( medium close-up) Buck’s eyes jerked to the right. 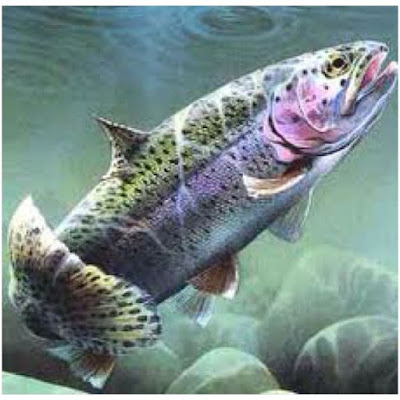 “Fishing is much more than fish.”
--Herbert Hoover

I was twenty
as I pole-axed 17 miles
of trail, massaging the steepness
like a polished gigolo,
sieving the sweet, cold
creek water, flexing my kidneys,
flushing my cramping molecules
with rushing ice-cubed swallows,
pre-salmonella,
pre-smog,
pre-registering the hike--
burying my eyes in frozen bliss,
as the August sun spanked my brain,
and the fifty-pound wooden Trapper Nelson
pack kissed my spine.

I fished with my Remington .22 pistol,
its chromed hot barrel flash-barking
pleasantness as it spat brass,
hitting several curious fat rainbow
trout in the head, as I gauged the shots
relative to the parabolic bending of light.

So my grandfather and I had flesh rainbows for
dinner, their brightly colored sides blackening in
bacon grease, bubbling to a charred crackle, its
meat pope-white in the golden light, fin deep in
the cast iron frying pan--no fishing pole in sight
there in that verdant twilight, midst ankle-high
clover in a angelic valley at the foot of a glacier.

Later Mt. Stewart
squatted to join us around

Posted over at   dVerse Poets Pub “The way I see it, if you want the rainbow,
you have to put up with the rain--Dolly Parton.

The heat has turned Navy gray,
clouds cover day.
I heard the rain,
coolness the gain.

Temps at ninety in the Northwest
are not the best
way toward comfort,
much sweat to court.

My eight tomato plants do smile,
sipping awhile--
me on the deck,


breeze on my neck. 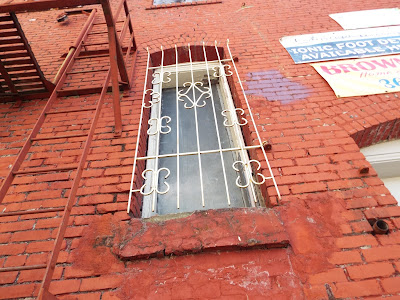 “Each of us has an inner room, a sanctuary where
we can visit to be inspired.”--Glenn Buttkus

It was an old bachelor’s apartment
with liver, onions & fish still prevalent odors
adhered to the paisley floral wallpaper,
with cigarette burns & tattered rips
freckling the 50’s turquoise carpet,
with what might have been blood stains
under the narrow single bed,
with very tall ceilings that were pock-marked
with greasy popcorn plaster bumps,
an asbestos-ridden affect from the past, rife in
every dirty cluster,
with ornate steel steam radiators against
two of the walls, dark blanched spots behind them,
with a small kitchen that had several cupboards
too high to reach without standing on a chair,
with a squat noisy refrigerator that had a deeply
dented door & bent rusty shelves,
with a cracked porcelain sink that had dark
mysterious stains & no plug,
with a large bathroom, resplendent
with an ancient lion-legged bath tub, and a
six foot tall narrow vertical window
with smoked glass to provide privacy.

From the alley outside, one could see the cheery
wrought iron barred gate that covered that window,
as if there were valuables or treasure inside, and
the red ladder for the fire escape, within easy reach
if egress was ever a necessity.

The price was right--this
apartment would suffice as 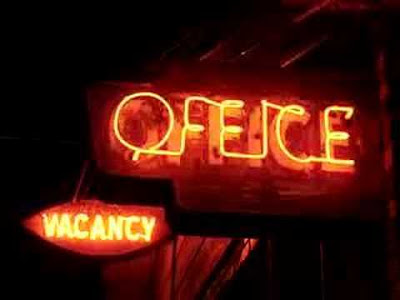 “All writing is about the same thing--dying; about
the brief flicker of time we have here.”
--Mordecai Richler.

I imagine that
at the point
of death,
reality flickers
ever so slowly
before
it finally