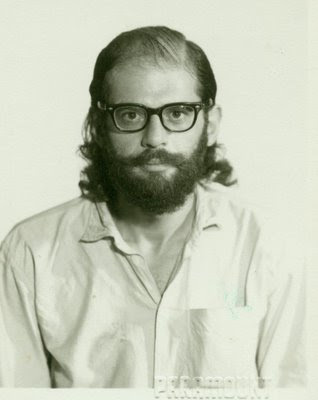 “I love sleep--for my life tends to fall apart when
I’m awake.”--Ernest Hemingway.

Sleep can be a waking state as well, whereby
people vote as if blind.

Marlowe referred to the Big Sleep induced by a
.45 or blackjack.

As a youth, sleep could be pushed aside, in
favor of romance or play.

Sleep used to
include dreams every night;
presently,

There are several
theories about whose dream we are
part of or master
of, and sleep is supposed to
sort it all out; smile.

I have come to love naps,
for they fill in the gaps


in my fitful sleep. 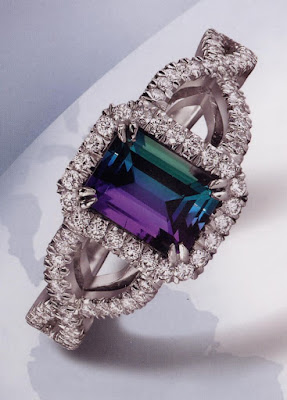 “We are all performing a comedy within, as
one self always mocks the other.”
--George Moore.

Born in the
middle of June, with
six moons in Gemini, I have
enjoyed the moniker of earthly
intellectual for over seven decades.
I never really paid much credible
attention to birthstones, since
I rarely wear any jewelry.

I discovered that both
pearl and moonstone can
be representative of June, but
the real surprise was that the most
preferred June birthstone is a
very rare color-changing variety
of the mineral chrysoberyl
called Alexandrite.

The gem is emerald green in
sunlight, and changes from ruby
to purple-red in candlelight--reflecting
the twins aspect of all Gemini.

This is a very valuable gem, and can be quite
expensive--from 15 to 30 thousand per stone.
It was discovered in Russia, in the Ural Mountains,
in 1830, and was named after the Czar. It is now
found as well in Brazil and East Africa. Today,
the Russians, bless their greedy hearts, have
developed a synthetic form of Alexandrite for
those of us with more modest means.

How wonderful that
Alexandrite reflects my 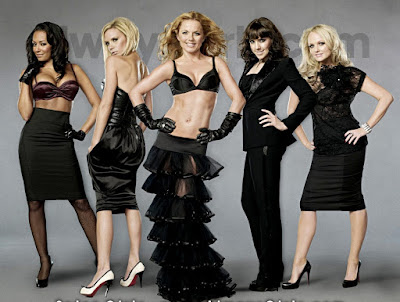 “I often quote myself. It adds spice to my
conversation.”--George Bernard Shaw.

In
the early 90’s,
as Clinton
tom-catted,

They danced
more than
they rocked.

Victoria
was dubbed
the “Posh Spice”.

Posted over at dVerse Poets Pub Q44
Posted by Glenn Buttkus at 11:23 AM 19 comments: 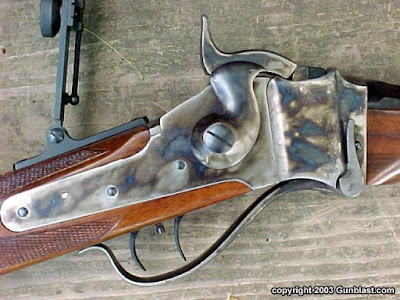 “True love is like ghosts, which everyone
talks about, but few have seen.”
--Francois de La Rochfoucauld.

1(low wide shot) near the ground; prairie vast,
pocked with hillocks & arroyos--camera moves
toward the horizon, gathering speed; soon just
skimming the sagebrush.
2(sound cue) coronet & banjo--punctuated by
loud bleats on saxophones.
3(reduce to medium wide shot)  suddenly, out of
the sage a large pair of brown birds bursts into
flight--prairie buzzards.
4(drone shot) tracking the buzzards, just above
them, as they gain altitude, and the ground
below slides by.
5(sound cue) harp strumming and great wings
flapping.
6(drone takes the point of view of birds) as the
field of slain buffalo comes into view. and the
lens descends to the fallen bison furthest from
the young hunter.
7(sound cue) guitar & harmonica.
8(medium wide shot) Buck stood up & walked
toward the two buffalo, the graying black cow
standing next to the fallen albino bull. He halted
about twenty feet from their yellow horns.
9(close-up) the patriarch still breathing, but not
moving, still watching Buck.
10(sound cue) three cellos.
11(two-shot) the cow behaved like a tame Jersey,
swishing its tail, chewing its cud.
12(medium close-up) She watched Buck with
calm brown eyes that recognized him, somehow
understanding who he was, the singer of her
death song. She had already faced & moved
beyond her fear, leaving only a black stillness.
13( close-up) Buck: Get the hell out of here !
Leave ! I have killed enough of your family !
I don’t need your pelt ! I grant you life !
14(three-shot) They both stared at him with the
bemused patience of the aged. He drew his
pistol & fired into the air. We see the buzzards
fly off a few feet & stop to witness. The black
cow did not even flinch.
15(medium close-up) Buck: Goddamn it--didn’t
you hear me ? Go !! Join your baby & the others!
16(sound cue) French horns & snare drums.
17(three-shot) He fired the Thunderer twice,
kicking up gravel near her hooves. She did
flinch but would not run.
18(close-up) Buck’s anxious eyes, then her calm
ones.
19(medium close-up) Alright--so you have run far
enough? You faithful tired wonderful bitch--join
your husband.
20(overhead drone shot) He raised the Sharps,
point blank, and shot her in the head--blood
spewing for several feet. It broke her neck, and
slapped her to the ground.
21(sound cue) cello & piano.
22( tight three-shot) They lie together, two ancient
bison, their true love shot away. Buck sank to his
knees, weeping, like he had when his mother died.
He sat there for an hour, until the great snow bull
died--taking one last rasping breath, his huge body
convulsing in a last shudder. Death was a spirit
stallion appearing suddenly. The slain pair rose to
their feet & galloped after the swirling darkness.
Buck rose slowly, his face now an expressionless
mask. He propped up the shiny cold-barreled
Sharps at the albino’s head, unbuckled his sawed
off and finished killing the others. He would have to
set up a camp, then begin the skinning of the pelts.


He would need to build a travois to haul them all on. 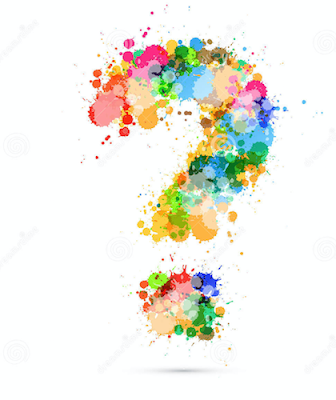 “Judge a man by his questions rather than
his answers.”--Voltaire.

Why must we toil
in ignorance, perhaps
even suffering
in the Now,
when our Higher Self
has always had a road map
and all the answers we seek?

How many of us,
when the time comes,
will face death fearlessly,
with grace and dignity?

Are there cosmic limits
on the number
of spirit guides we can possess?

If most of matter
is nothing more than empty space,
when did we decide
it had substance,
and how did we implement it?

If dogs and cats do go
to heaven, how about
mosquitos, spiders, & rattlesnakes?

When someone decides
to ride out a powerful hurricane,
does it require courage,
ignorance or a death wish?

Within the confines
of a lifetime, how
many versions of us
simultaneously co-exists
in parallel & overlapping dimensions?

Will the darker and ignorant side
of Trump’s nature ever be considered
substantial enough to implode
his rogue presidency,
or must we continue
to be force-fed daily
humiliation and outrage
for the next three years?

When will any police officer
ever be actually held accountable
for the killing of unarmed black men?

Are there more homeless people
today in this country than ever before,


or are we just more aware of them? 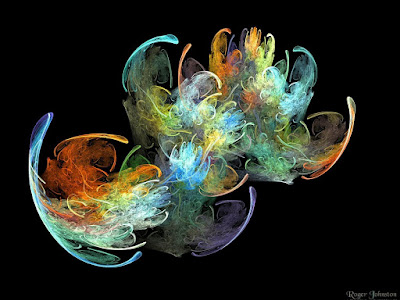 “The strongest people are those who win
battles we know nothing about.”
--Robin Williams.

For over twenty years
I have been a host
to a vicious pack
of autoimmune demons,
who like hyenas
circle around me, much
more than angry pairs
of eyes in the darkness
just beyond the firelight.

Mostly, emboldened
my medical team,
I can exert minimal
mastery over their
voracious nature--
but sometimes
one or more of them
make it to me,
chewing me up a bit--
nothing life-threatening,
but quite debilitating.

So
the broken news
is that my Western
saga will not appear
today--the creative energy
required to produce
another stirring episode
cannot be conjured.
cajoled, or
brought to the surface.

This latest tussle
with the pack
will pass,
as it always does,
but BLACKTHORNE.
the meat of it,
is now on the back-back
burner--placed gently
on a slow.
very slow

Posted over at dVerse Poets, Pub OLN
Posted by Glenn Buttkus at 10:43 AM 20 comments: 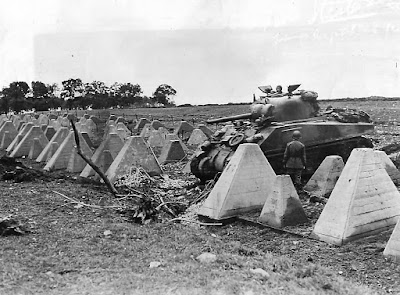 “Any sufficiently advanced technology can be
indistinguishable from magic.”
--Arthur C, Clarke

Born in 1898.
my grandfather loved
to tell stories about his magical
youth, like when he was a a kid
delivering watermelons in a horse-drawn
wagon in Kettle Falls, and his team
was frightened by the sight of
one of the first horseless
carriages, belching
black smoke.

Too young to be conscripted
in WWI, still he read his Jules Verne,
and saw with his own eyes some of the
first planes, tanks, and machine guns.
His best friend had been a sniper
for the Army in France. He returned
with burned lungs from the gas attacks
in the trenches, and a tortured soul
haunted by battle fatigue until he died
of lung cancer at 29.

Turned out that my
grandfather was to old
to be conscripted in WWII;
was married with three kids, still
he witnessed, as he put it,
“the advance of technology
that was ushered in by the Allied
need to achieve.victory”, the by God
dawn of the Atomic Age, the death of
millions.

I once worked with two WWII veterans, both had
been prisoners of war. One was working on a POW
farm in Austria. Suddenly they heard a terrible roar;
looking up they saw a plane without a prop falling
out of the sky--but at the last moment it leveled off
and shot back up into the clouds--it was one of the
first German jet fighters. It took several days of
discussion among the prisoners to figure it out.

The other veteran had been in a POW camp on
the mainland of Japan. Late in the war, they were
awakened by a huge earthquake; running outside,
looking across the bay, they saw the ominous
rising of a mushroom cloud as Fat Man devastated
Nagasaki.

We boomers have seen
our own technological

Posted over at dVerse Poets Pub
Posted by Glenn Buttkus at 11:01 AM 16 comments: