“You are the road--show me the way. Light up my
day; no more tears, for I am unbroken.”
--Darren Styles.

1(sound cue) six-string blues slide & French horns.
2(overhead drone shot) the Bronson auction barn
corral, an Appaloosa in the middle kicking up a fuss,
with the rails full of spectators, necks jutted forward
like anxious crows.
3(sound cue) heavy hoofs, stallion screams, sax riff.
4(drone in wide shot, descending)
5(sound cue) bullwhip crack and crowd noise.
6(close-up) Chatawa’s angry eyes.
7(cut to medium wide shot) the stallion on his hind
legs, hopping and snorting, neighing like it was in
the middle of a buffalo stampede, slicing the dusty
air with its front legs. There were two ropes around
his neck, one lashed to a breaking post, and the
other was being dragged around in the dust. One of
Bronson’s hands, a grizzled wrangler, stood behind
the post, the rope around his wrist and waist. A
younger cowboy jumped down into the sawdust and
swept up the end of the loose rope.
8(sound cue) snare drum and coronet.
9(medium close-up) the Appaloosa leaped forward
and the young cowpoke was almost jerked off his feet.
In retribution, the old wrangler lashed his rope even
tighter.
10(medium wide shot) Cash & Thor Bronson were on
the rails near the gate. The auction foreman, Graff,
and Paul Bronson were on the rails to the other side
of the gate.
11(two shot) Cash and the wrangler; Cash yelled out
across the noisy corral: Ryker!
12(close up) Cash: I want that jughead broken today!
I want a women to be able to ride him by sundown.
13(sound cue) crowd laughter & cajoling over clarinet.
14(wide shot) Ryker ordered the youngster to lash his
rope to a second post, and to get a horse blanket. He
rapidly did so, and stood waiting for more instructions.
15(close up) Graff’s red flabby face: Come on, Ryker,
get on that damned plug and show him who’s boss!
16(sound cue) piano & harmonica.
17(medium wide shot) the wrangler told the youngster
to hang on to the breaking rope, taking up the slack,
while he took the horse blanket and walked toward the
stallion.
18(close-up) Chatawa watching him warily.
19(medium close up) Ryker: Easy, big fellow, easy.
20(two-shot) Ryker kept up his soothing banter as he
approached the flecked stud. Chatawa arched his
neck, bobbed his head, and stamped the ground with
a front hoof. The wrangler got within two feet of the
stallion, and stopped.
21(sound cue) harmonica huffing.
22(overhead crane shot) Neither one moved. There
was a long frozen moment while they stared at each
other.
23(two-shot) Ryker reached out to stroke the horse’s
neck. The flesh on the stallion’s neck quivered, as he
pulled his head back.
24(sound cue) French horn, saxophone & coronet
bleating in harmony.
25(wider shot) the stallion leaped forward, pulling
the young cowboy to his knees, raised up on hind
legs again, pawing the air with lethal hooves, backing
Ryker half way across the pen.
26(sound cue) crowd response, cursing & catcalling.
27(medium close-up) Ryker: You damned blockhead!
No more bullshit! It’s time to knock some of craziness
out of you! --his voice an angry growl.
28(two-shot) He whirled around to a sawhorse near
him, and grabbed a short bull whip with multiple tails.
29(sound cue) If you use it on him, I will use it on you!
some one yelled.
30(wide shot) Everyone turned. Johnny Eagle
straddled the gate, watching Ryker like a hawk watches
a rodent. Buck stood just behind him, his big hands on

Posted over at dVerse Poets Pub OLN
Posted by Glenn Buttkus at 10:44 AM 12 comments: 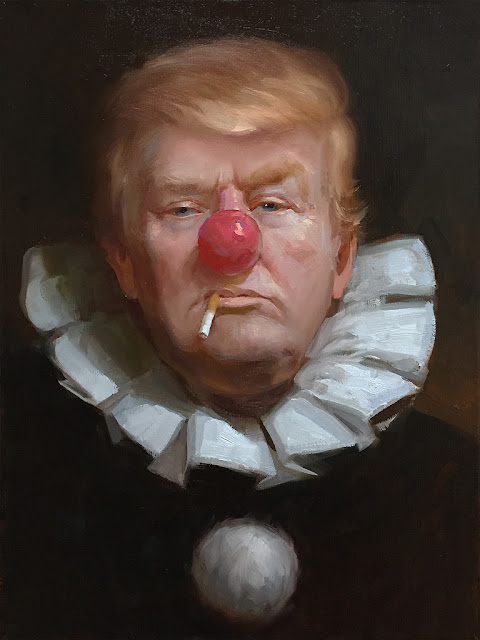 “Here’s to the crazy ones, the misfits, the rebels,
the troublemakers--because they change things.”
- Rob Siltanen.

Remove change,
and there is less
conflict & chaos--
but the sad fact remains
that without change, progress
stalls out like a tractor out of gas,
like lungs without oxygen, like fish
flopping on a bloody deck.

As recipients of unerring
seasonal shifts, every
one of our days is rife
with change.

As we age there are new limitations that appear
like lichen or rodents or barnacles in the night.

As we mature,
one hopes that
wisdom, better judgement
and compassion
will embrace our sphere.

As we learn, we are given opportunities to
incorporate and apply changes to our personal
perceptions, our interactions & relationships.

Yet, I have
railed against,
rebelled and resisted
change, as if it were
a plague ship,

allowing my well mantled fears
and well constructed comfort zones
to complicate and obstruct, even though
I understand that most times change
is inevitable, & often inexorable.

When it comes to “Change”, the
only thing I hate more than my
mounting health issues, more
than all those things I have to
cross off from my plans and
activities, is my daily bitter dose
of Trump-madness, as the
ghosts of Mussolini and
Boss Tweed’s Tammany
Hall combine in filthy depths
of their corruption,

and America, as the bastion of liberty is now
developing crippling cracks in its white columns,
and grievous wounds to its spirit. All I possess
is anger and grit to sustain me.

It may be a painful transition,
like pulling teeth with rusty pliers,
like passing stones through your urethra,
but history is sharpening its daggers


and sanity is gathering its forces. 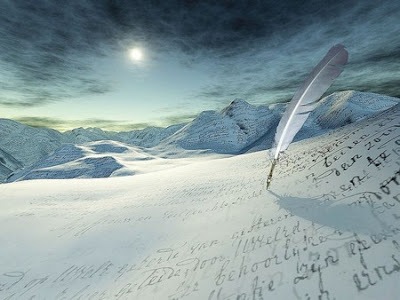 After writing poetry, fiction, and technical reports for
sixty years my ambitions burn close to the bottom
of the wick, my goals have become simplistic--just
keep on writing. Over the years, my association with
dVerse has thrilled and enticed me, educated me,
and helped to implement divers change in my style.
Now Haibun has become my favorite form, and I
enjoy the freedom to get creative with it.

30 years ago I wanted to get published, believing
that this somehow would validate my talent and
authenticity. Many of the poets I know finance their
own publications--this just doesn’t appeal to me. In a
decade my poetry blog has logged in more than a
million visitors, and the international fellowship within
dVerse assures that my creative fires remain well lit.

“It is a good time to be a poet, but the pay is still
shitty.”--Bobby Byrd.

Photography has
become my reigning passion; 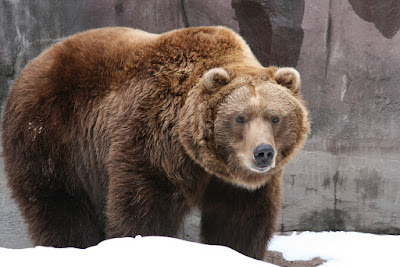 “Regardless, I am still passionate about
grizzly bears.”---Timothy Treadwell.

It’s November, and my den is hollowed out. I
just feasted on four fat turkeys--ha--a few less
for man’s table. I pick my teeth with four inch
claws. My jaws are so strong I once bit through
a cast iron frying pan to get all the bacon grease.
I mated twice in August, and I’m ready for the
big nap.

They call me Bruiser--which appeals to me a
hell of lot more than Ursus Horribilis. There are
only a couple of a dozen of us here in the North
Cascades. I range a couple hundred miles,
sometimes checking out the foothills of the Rockies.
I was raised in the Yukon, but over the last decade
I’ve worked my way down here. I once spent a
year in Montana, but it was just too damn crowded;
hundreds of bears competing for sex and food.

I’m about 30, old for a Grizz--most of us check out
before we’re 25. I think it’s because some of them
choose not to hibernate; stupid kids--afraid they’re
going to miss something. I’m left alone, which is how
I like it. I’m 9 feet tall, and weigh 880 pounds. I had
a tussle with a rogue Sasquatch last year. He was
about 8’ tall, and weighed in at a skinny 425. He was
pretty nimble, but they’re not good fighters; small jaws
and teeth, with no claws. I had to stand erect to battle
him. He gave up after I tore one of his arms off; made
a nice lunch.

I’m expecting a big blizzard this week, so I’m eating
everything that moves, from ants to coyotes. I tend to
hibernate for 5 months. At my age, I enjoy the rest--
but I’ll tell you what, when I emerge in April, I am
both cranky and real hungry.

In Spring the grizzly’s
roar causes critters to hide, cuz


they will devour all.

Posted over at dVerse Poets Pub
Posted by Glenn Buttkus at 1:51 PM 17 comments: 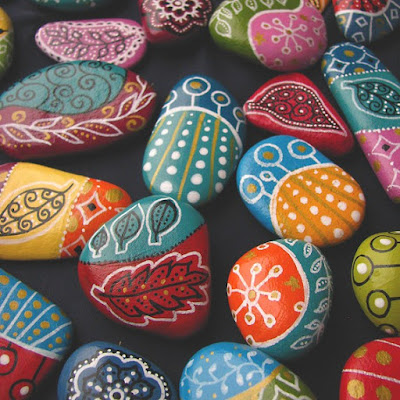 “If Tao is like a river, it is certainly good to know
where the rocks are.”--Ming-Dao Deng.

Geologists ain’t afraid
of no rocks,
because
they love
the hard stuff.

Slim women rock
their tight jeans,
but how do they
get them on?

Blues men gave
musical birth
to both
jazz and rock.

Yeah,
rocks in your head.
but not yet
dead.

Posted over at dVerse Poets Pub Q44
Posted by Glenn Buttkus at 9:19 AM 20 comments: 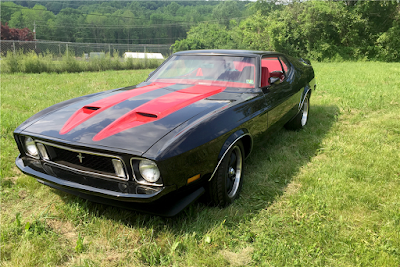 “If a writer has to rob memories of his mother, he
will not hesitate.”--William Faulkner

The last muscle car
I ever owned was
a 1973 Mustang,
Pantera styling,
jet black & waxed,
a fastback,
a 4-speed transmission,
and 400 horsepower
out of a 351 Cleveland V-8.

After a while though,
I began to realize,
it was damn heard to see
out out the small back window,
it averaged 8 miles to the gallon.
and because it was a classic,
it was very hard to find parts.

Insurance was too high,
maintenance was prohibitive,
repair costs were outlandish,
and I banged it up twice
backing up blind.

Posted over at dVerse Poets Pub--Odes
Posted by Glenn Buttkus at 12:01 PM 17 comments: 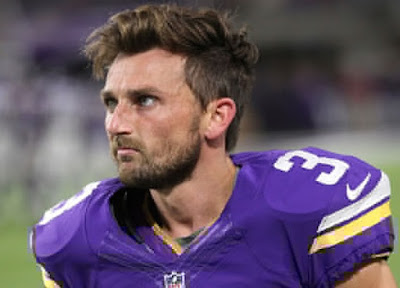 “if we become apathetic, art can kick our ass, give
us back conscience & focus.”--Erik Pevernagil.

Sunday got the blues
as I sat alone
watching the Seahawks

lose a game
to the Washington Redskins
17-14.

contributing mightily
to the loss,
all three kicks


wildly to the left.

Posted over at dVerse Poets Pub Q44
Posted by Glenn Buttkus at 11:13 AM 16 comments: