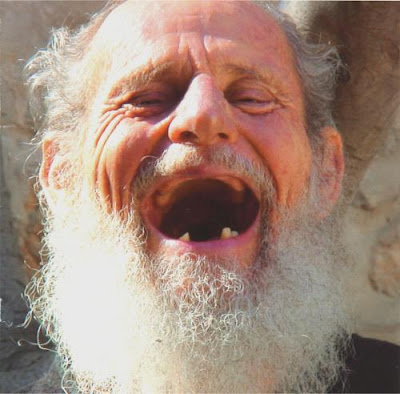 Hug, Kiss and a Tickle

“If you tickle us, do we not laugh?”
--William Shakespeare.

I know it is full-on Spring
now that the night birds sing;
as the lawn demands to be mowed
and my old back becomes bowed
from weeding, seeding & humming.

Soon I will have another birthday.
It is a time to shout a loud hooray,
because I will turn seventy-three
and too many loved ones have left me--
too young, too soon; definitely not OK.

There once was a billionaire bully named Trump,
who shouldn’t even be King of the Dump--
but OMG he became our President,
kissing chaos & favoring rules that are bent--
as History will label him a cancerous lump.

They tell me aging is not for sissies,
as I moan, fuss, & perform divers hissies--
angry at my ancient body’s failings
as youth departed other sailings--
only salved by my sweet wife’s kissies.

We now inhabit a vast empty nest,
though we never have confessed
how much we really miss our kids--
as three daughters put in their bids
for us to baby-sit so they can rest.

I always travel with my trusty camera,
searching for remote & deep caldera,
or those fabulous golden light moments,
or rusted vehicles with their pretty dents;

the title is what we get from grandchildren as they go home.
the image is a 125 year old man in Israel. 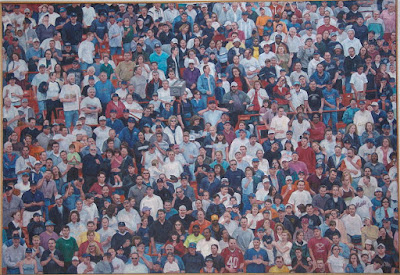 “We have all known the long loneliness, & we have
found that the answer is community.”--Dorothy Day.

As poets, many of us gravitate
toward one group, or one site--
or even a few, where brief forays
into fellowship validate our world view--
where friendship takes firm root and
poetics blossom like fruit trees in Spring;
minds are being aligned,
talents are being shared,
lessons are being learned,
& styles are being expanded.

There are no perfect solutions to complications
predicated by community & co-habitation. We
have seen too often that the loners, outriders
and the isolated can become vulnerable.
victimized &
violated--
so nomads created tribes,      then villages.
then towns,
then cities, &
then countries.

Yes, we have found that by huddling together
in urban nests there is a safety in numbers,
but there is also a reduction of liberty & privacy.

History is littered with man’s failure to sustain a
perfect community. After years of defeating Roman
legions, Spartacus took his army of gladiators and
slaves to the toe of Italy & he built the Sun City--
where all men were equal. Soon though, he realized
that a community of 80,000 souls needed some sort
of constabulary, justice system, governing body, public
works & sanitation procedures.

Within six months over half of his population defected,
and fled, returning to the less stressful arms of slavery;
refusing to step up & do their part. As a reward for
Spartacus, his grand vision of freedom & brotherhood
crumbled into treachery and crucification. 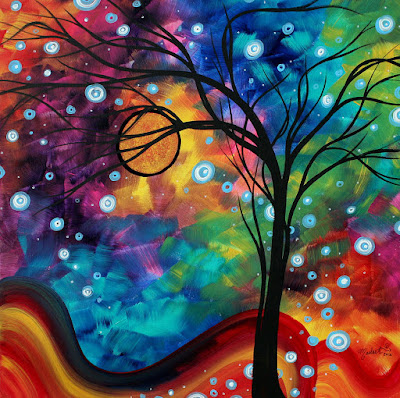 “Shoot for the moon, and if you miss it
you’ll still be among the stars.”--Les Brown.

As my eyes open,
glancing out the window
at the dark gray underbelly
of Spring cumulus,

I realize I’m        still alive,
still behind on projects,
still in pain,
still hungry,
still ambitious,
still in love
with my wife--
so I greeted 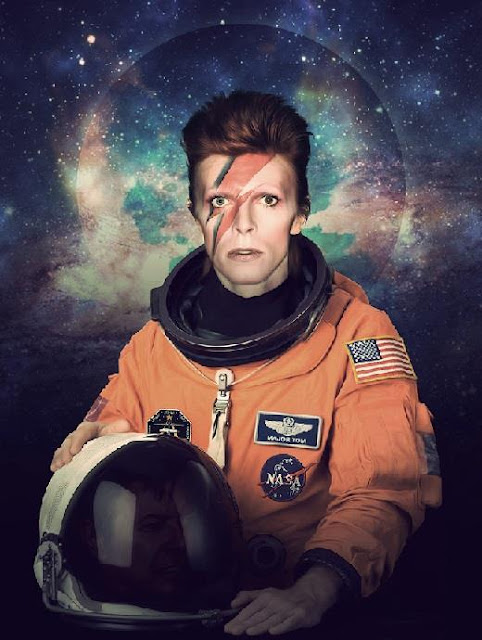 “Take your protein pills and put your
helmet on.”--David Bowie

Please be aware that we really do care
that your broken navigational array
is causing you clinical dismay; all we can say
is look at things this way--for you it will
always be today as your capsule catapults
you, despite anything we could do, beyond
Pluto, beyond the sun--know that your
personal journey has just begun.

Posted over at dVerse Poets Pub
Posted by Glenn Buttkus at 12:55 PM 15 comments: 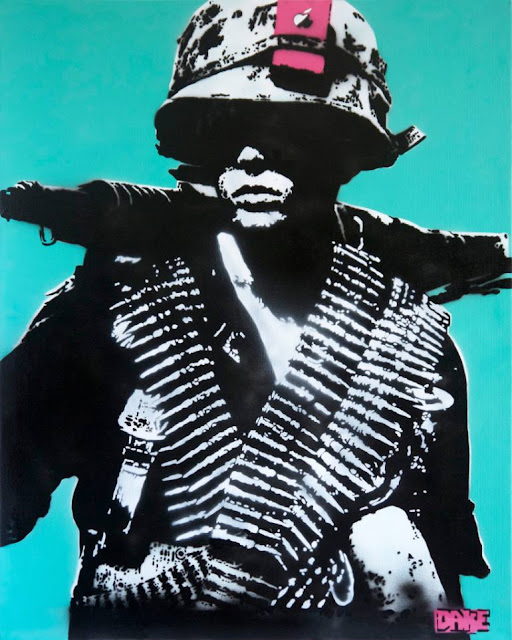 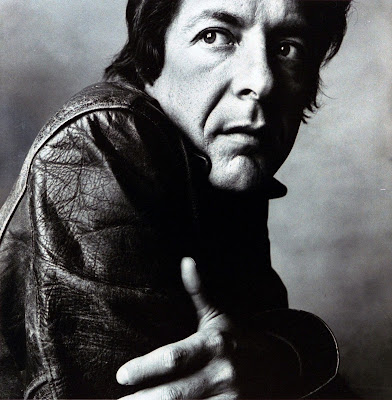 “If you ever come by, for Jane or for me;
your enemy sleeps & his woman is free.”
--Leonard Cohen.

Four in the morning, end of December.
New York is cold, but I like where I’m living.
I’m writing you to see if you are any better;
always for you it’s the taking, not the giving.

Yes, you used to look so much older,
as you went to the station to meet every train.
Your blue raincoat was torn at the shoulder.
You always came back without Lily Marlene.

My brother, what can I tell you?
What can I possibly say?
I miss you & I guess I forgive you--
thanks for standing in my way.

You treated Jane to a flake of your life.
After returning, she was nobody’s wife.

Posted over at dVerse Poets Pub MTB
Posted by Glenn Buttkus at 11:24 AM 12 comments: 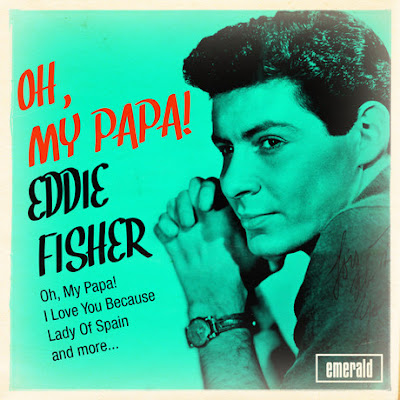 Eddie Fisher was hosting,
Coca Cola was the sponsor.
He sang his #1 hit,
OH! MY PAPA,
& every time I heard the song
I was reduced to inexplicable tears;

perhaps it was the poignant trumpet solo,
or maybe the saccharine lyrics:
Oh, my Papa;
to me he was so wonderful,
so good,
so funny,
so adorable,
so gentle,
so lovable.

Damn, somehow this song highlighted a
mysterious loss in my life, the lyrics vibrated
like cello strings, & emotions exploded.

My mother’s first husband, my “father”, was a
liar, a wife beater who cheated on her routinely.

Her second husband was a pedophile, who had
molested neighborhood children.

Her third husband was a handsome felon, who
rode a motorcycle, drove hot rods, & had potential
for fatherhood, before he started molesting my
sister & beating my mother.

So the song was a trigger, & my adolescent
instincts became a voice that announced I had
no father, just a succession of stepfathers. Oh,
how I missed this lost phantom father that my
mother never mentioned. Years later my odd
suspicions  were confirmed, & I had to own them.

Papa was not a
term I ever embraced, for 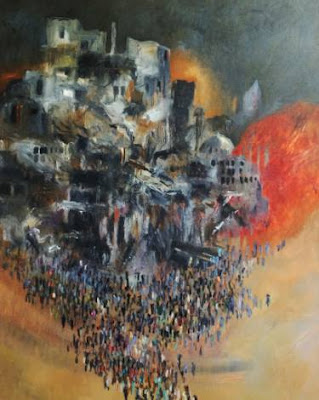 “The metaphor of Exodus has dogged the Jews
from the outset. Their very success attracts
resentment.”--Jack Schwarz.

Riddle me,
drizzle me    with
double-speak,
political spin,
and all other forms
of drizzletude.

My eyes
get drizzly,
my mind
dizzy, as        common sense,
equality,
liberty,
closure &
justice
run for the
door. 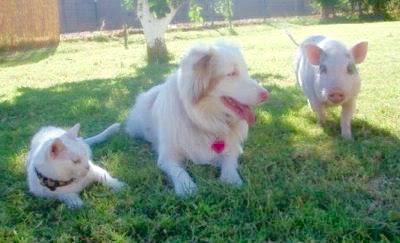 “There is something magical about three, you
know. A trio is tight.” --Ian Williams.

I’m a big Golden Lab named Larry.
I guess I live on an Animal Farm,
because each time our humans
leave the area, we all speak clearly
to each other. My two best pals are
a pig, Pecos, & a cat named Katie.

Larry: We need to hatch a plan to catch that fox,
old Red, who is killing our chicken friends.
Pecos: The killer comes during the wolfing hour,
so it will be tough to stay awake.
Katie: Do we have proof it is Red? I’ve seen a
rogue Dobie skulking around lately.
Larry: Farmer Fred thinks it’s a fox.
Pecos: Truth be told, the predator only kills what he
will eat. Dogs go ape-shit & kill dozens, eating none.
Larry: Go easy on the dog-trashing, Bub.
Katie: I almost side with Red. He’s the only fox in our
area, & I’ve heard pups yelping late at night.
Larry: Something to consider, I guess. Those damn
housing developments have destroyed the forest &
green belts all around us.
Pecos: Gosh, we are so lucky to be domesticated
and have humans to feed us daily.
Katie: You’re the lucky one, bacon-breath, that day
when little Suzie made you her pet.
Pecos: Don’t remind me--I hide during breakfast &
Sunday dinner.
Larry: Come on, Katie, quit being so darned catty !
Katie: Zip it, dudes--I hear Wife Wilma headed our
way, her milk bucket rattling & rubber boots squeaking.
Larry: Fine, we’ll talk later.
Pecos: Around here it just seems like one damn crisis
after another.
Katie: It’s just not kosher for a pig to whine.

The barn door creaked open & Wilma made her way to
the cow stalls: Hey, kids, how you doing?

I looked at Katie & we kept our composure, but Pecos


giggled & had to turn his face away.

Posted over at dVerse Poets Pub
Posted by Glenn Buttkus at 2:19 PM 16 comments: 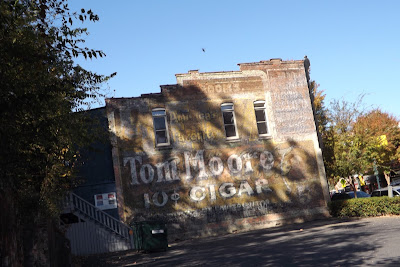 “The very substance of the ambitious is merely
the shadow of a dream.”--William Shakespeare.

Shadows are companions, artists, jesters and
sanctuary from Sol. I love to click images where I
find shadows have created their own geometrics,
complicating & complimenting the composition.

When the wind is active, clouds race across the sky
and shadows streak like ghostly bullet trains. As the
playful clouds smother the sun, the shadows smile,
deepening as they mantle things, magically in flux.

Moon shadows are sprites, specters, & night dancers.
On bright days, shadow kaleidoscopes cut abstract
swaths under, behind, & adjacent to everything--
comprising a second reality, an undulating ever-
changing dimensional shift.

For me, the finest
shadow artists are trees, for