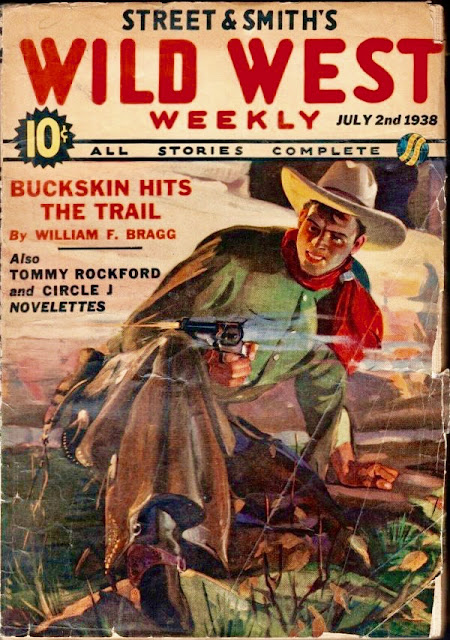 Angus said,”They may have taken his trouser snake

addendum, but they cannae take his freedom.”

When a Buck dies, does

weep, and readers get misty-

Many folks have figured out my last episode was the

end of my novel, Rod Buck went out in a blue blaze

I set out in 1967, to write an existential Western that

graduating from my Actor’s Conservatory, I attempted

to find out if the novel was publishable. I was told by

representatives of the Western Writers of America

that it was way too off-beat and unconventional, that

I bent or broke almost every rule in the standard

Western format. One letter stated: You have created

something else beyond a Western. It is as if Norman

Mailer or Kurt Vonnegut wrote a Western. Your

biggest sin was the death of your hero.

I took this as a left-handed compliment. I shrugged

and shelved the manuscript for 40 years. It turns

out that my style was more like an early version of

Cormac McCarthy. It’s not that a Western protagonist

had not perished ever before. Paul Newman died in

both HOMBRE and BUTCH CASSIDY. Alan Ladd was

mortally wounded at the end of SHANE. John Wayne

died in THE SHOOTIST. Gregory Peck died in BILLY

TWO HATS. Kirk Douglas died in LONELY ARE THE

Thanks to d’Verse encouragement, and the success of

my 12 episode crime story, LOVE HURTS, I dusted off

BLACKTHORNE, and rewrote it as a Cinemagenic saga,

At this point,. I realize that I have gained new respect

for Buck. He has emerged as bigger and more

interesting than I had originally conceived. It seems

now he has more depth, more honor and more

compassion than the character I started with. Some

of you were emotionally moved by him, and are sad

to let him go.

So I am happy to announce that there will be several

sincerely hope that you all enjoy the rest of the story.

When an Eagle dies,

everyone wants a wing feather; 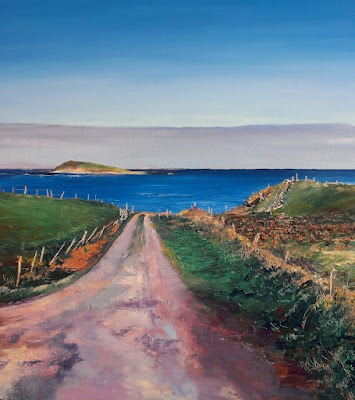 “There is nothing more beautiful than the way the

ocean refuses to stop kissing the shoreline, no

matter how many times it’s sent away.”

I work with my hands.

I operate a crane

I’m on the night shift.

just in time to see

my wife off to work,

and my three kids

a year, and we always go

to the coast to camp out

We have a small

camping trailer, and the kids

sleep in a big tent.

We bring our own provisions.

It’s too expensive to eat out.

We go in July, when

the weather is mostly mild.

The high point of our trip

is when we rent a boat

and putt over to nearby

Ballard Island for a picnic.

On the north side

there are some rocky outcroppings

to take home with us.

where the kids can swim.

is always packing up

having to go back to work

Posted over at d"Verse Poet's Pub 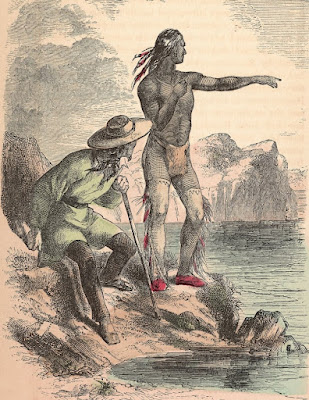 “I am Squanto, known to all of you. As we gather

here I give thanks for all our people to the Creator

400 years ago, more than half the Pilgrims, who

came to the New World on the Mayflower, perished

from malnutrition and disease. Enter Squanto, the

last of the Patuxet, to save the day, to pave the way.

He had been taken as a slave by the Spanish, and

then lived in England for years; so he spoke English.

He was a translator for the friendly Wampanoag tribe.

They taught the Pilgrims how to farm, introducing them

to corn, teaching them how to fish and hunt in this

festival; not a new concept, but in that place and

that time, it was brand new. It was attended by 90

Indians and 53 settlers. They had no ovens, so they

cooked the “native” way, on spits over open fire pits.

They had no sugar, so there were no desserts.

Potatoes and corn were cooked on sticks. The menu

was heavy with turkey and venison, but they also had

lobster and swan and seal.

This unity, peace, and brotherhood, unfortunately, was

not prolific in the Colonies. Perhaps it was Providence

that Squanto appeared, or perhaps just blind luck, but

I am thankful for the kindness and fellowship that

helped to launch this nation. Sadly, today it is a rare

commodity, a true sharing that is sorely missed.

was a success, those following

have shown much less heart. 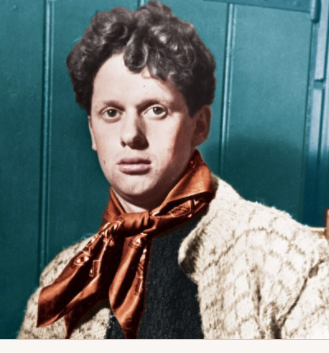 “And death shall have no dominion. Dead men

naked shall be as one with the man in the wind...”

with a nice pleasant visage;

a gypsy girl in a bright

red dress, with bells on it,

“Do not go gentle

into that good night,” quoth Dylan.

Is death a demon or a

all know much too soon; that’s for sure.

Who will meet you, take

your hand? Jesus, Buddha or

Jack Benny--or some angel with

you will meet your best higher Self there.

spirit, you have the power to

create whatever scene you want.

Time means nothing there.

Truth settles on you so softly. 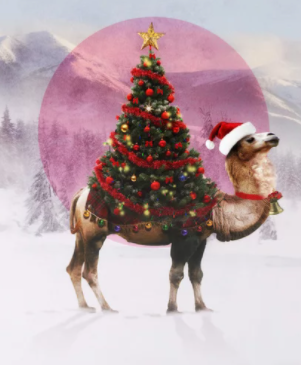 “So much depends on how one defines naughty.”

As an innocent kid,

with herds of camels,

and palm and olive trees,

Santa Claus up to his butt

in ice and snow

I mean if farm animals

were allowed to be present

during the birth of Christ,

why aren’t those same animals

as part of the congregation?

His origins can be traced back

I guess this monk became

a saint, known for his kindness.

He was known as the patron saint

of sailors. But Jesus was not a sailor,

that was Peter, right?

Jesus had no use for a boat;

he could walk on water.

He didn’t have to go fishing,

he would just snap his fingers

and a cartload of fish and loaves

Later on, why did Saint Nick,

after he had become a bishop and shit,

give up the Mother Church,

take the vows of poverty,

and immigrated to Finland? Was it because

suddenly he had a jones for tannenbaums,

and there were no fir trees in Israel--or did

he ditch his vestments in order to give up

celibacy, which was reported to be much more

He must have set up his first headquarters

in Lapland, where reindeer are plentiful. I

always thought it would have been cool if

Santa had recruited camels to pull his sled.

Then Rudolph would have had a much bigger

Obviously, St. Nick had to get back in the good

graces of God in order to bring about the

So why doesn’t the bible have any mention of

I think I was around ten, and during that holiday

I came to the conclusion that the mythos of

and that I no longer had to search for a logical

thread within the miasma of holiday madness,

and this clarity, this epiphany, helped me elude

any sense of guilt, and that I could just be 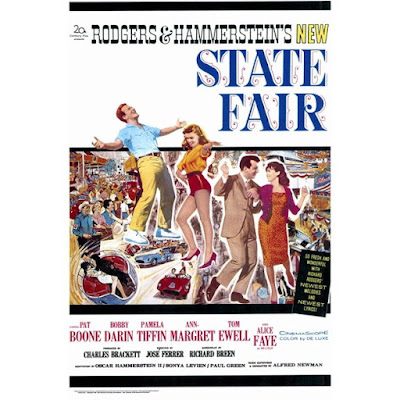 “Each day we should wake up foaming at the mouth

because of the injustice of things.
--Hugo Claus.

that is the inquiry.

how that turned out