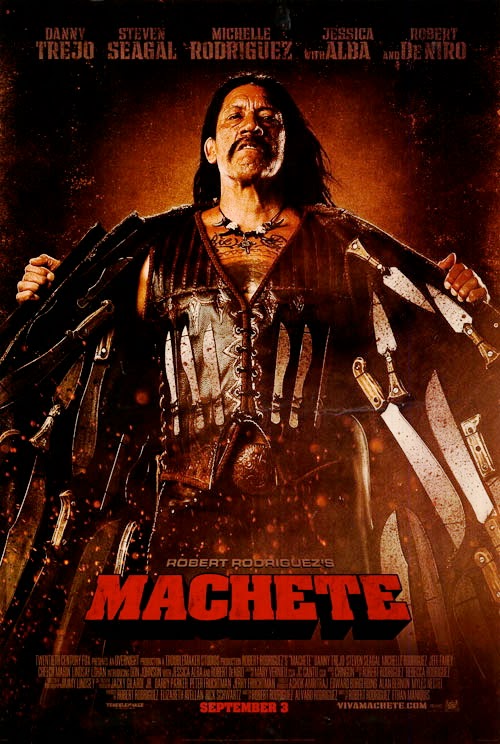 “Horror movies would not exist unless people
went out to see them--& they always will.”
--Joss Whedon.

Back in the turbulent awakenings during the 60’s-70’s, when I was an
actor, as a lark I chose a stage name, Slash Phuque, as a sarcastic
response to the actors named Rock, Rip, & Tab. My theatrical friends
still call me Slash, so now my horror film reviews are written under
that lauded moniker.

The horror eggheads broke down our attraction to, & the popularity of this
genre, & found solid psychological & homo-erotic tendencies to be the culprits;

Catharsis: Where we can find an expression or a release or a confrontation of
many of our primal fears regarding bodily injury, being devoured or buried
alive, or even from personal, vocational, political, or social fears.

Recreation: Within action splatter slasher horror films we actually can
experience a physical thrill, something visceral, like a carnival roller
coaster ride, or driving on bald tires at 130 m.p.h, rock climbing, or keeping
a python as a pet.

Ever notice that after driving over 100 m.p.h. for a few minutes,
one loses the sense of speed, gets used to it quickly & becomes
desensitized to the actual danger? The same can be said for the
die-hard fans of horror torture porn, where a constant exposure to
explicit violence juxtaposed with explicit sexual scenes seems to
blunt our emotional response to both violence in films, video games,
& even reality--leaving us less disturbed by reoccurring scenes of extreme
violence & degradation directed at women. The Armed Services love
recruiting young gamers, since their reflexes & mental states are
primed & conditioned to be functional within the techno-warfare
they are consumed with.

Would you like to hear the author read this Haibun to you? 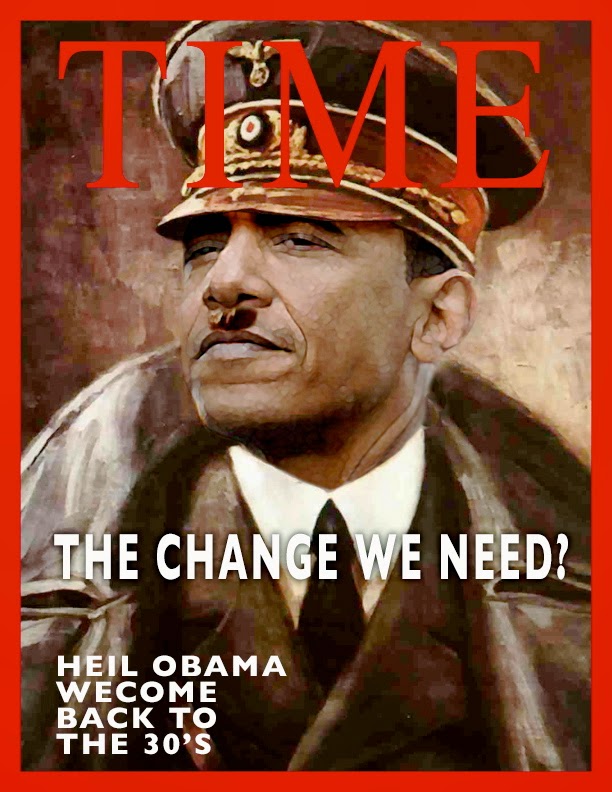 “Can it be in a world so full & busy, that the loss of just one
creature makes a void so wide that only the depth of eternity
can fill it up?”--Charles Dickens.

Memorial Day should always be
an epochal event,
but out here
in the smog, mid-maze, in full rodent frenzy,
we tend to let the shadow people,
those behind
or in charge          of the media
pile our mental plates with impiety,
impenetrable dark bile,
racism, sexism, saber rattling, & milkbone doggy-lies,
as events & stories are presented to us without warmth;

like the twenty zealots who have camped out
in a corner of the Mojave
for the past year, patiently waiting for the Messiah,
their eyes glazed,
their hopes luminous,
their efforts ludicrous;

like the stupid yet fresh debate regarding
Michael Jackson’s vitilgo, that perhaps
only pedophiles suffer from it--
propping open the doors of ignorance
with green-glass bottles
and teletubbie back packs;

Like Kesha Rogers, a black woman, trying to lasso the Democratic
nomination for the Senate in Texas,
her political platform consisting of
comparing Barack Obama to Hitler,
& ObamaCare to Nazi cruelty:

like Ms. Ann Hornady of the Washington Post writing about
how the Frat-Boy Persona is depicted
in Hollywood movie “college allegories”,
where kids are all supposed to enjoy unbridled
“Sex, Fun, & Pleasure.”
& that this kind of ridiculous celluloid mindset,
might have influenced
22 year old mentally-disturbed
Elliot Rodger to embark on his deadly
killing spree, his vendetta
against all those “spoiled bitches & college cunts!”

Actor Seth Rogen fired back an angry Tweet:
“How dare you even imply that me getting
girls in movies caused a lunatic
to go on a rampage!”

Meanwhile, on a quiet corner of the page,
within a few rushed moments on early morning broadcasts,
we honored this country’s Veterans,
who have given “the full measure of devotion”,
a solemn ceremony at Arlington;
and as I stared at VA Director Shinseki
standing at attention on the dais with President Obama,

I couldn’t help but wonder
why the hell Kate Middleton received more press
yesterday when a helicopter rotor wash
blew up her pretty dress
exposing her shapely bare butt,
then those hundreds of Veterans
dead or dying,
who sit on damn waiting lists while
cowardly bearuacrats cover their own asses,
& the very people we were supposed to be honoring
are rotting on the VA vine
like strange fruit.

Banging With the Bitches 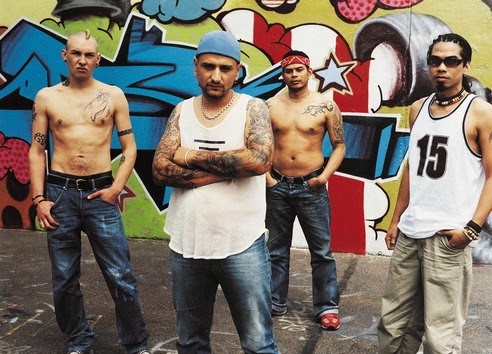 Banging With The Bitches

“Decisions are like making a choice between which
bridge to cross & which bridge to burn.”--Frank Matobo.

Sometimes it be like stranded with a flat
tire in the ditch,
clenching                    your fist,
realizing that your fortune
and your luck ain’t squat,
while those fat cats chase pussy on their big yacht,
while too many homies
be barking bullets with SWAT;

like cooking up bullshit road kill in a wok,
those hollow points
scream out wop-wop-wop,
no fucking drummer &
no fucking urban rock--
cuz my hood is considered a bloody blot,
where no fucking
lawns are fed with Scott
where innocent brothers be wearing
a cop-garotte,        where any dog
with sass can get shot,     god damn riot police be
rushing in like a blue juggernaut.

Ain’t much of a life, I know,
as rich assholes
be driving a Renault,
us bangers just rats in the garbage below
their money, guns, & lawyers--
too many funerals, too many crying mothers;

little bangers trying to be so Mod,
roll of cash in their jeans a sweet wad,
makes them forget
they be downtrod;

The fucking Man always be on top,
with us carrying all the weight of the heap,
only loyal to our best
peeps,    sheeeit, we
always have to be
ready to rock,
always be willing to treat or trick,
cuz way too many beautiful faces
be dead,
before they ever see twenty,
and hell, you might say that’s morbid,
but I say
we just being more than ready
to be that bright flash of black light,
that fucking fireworks in the bare-ass night,
that ever present newspaper crime statistic,
while just being absolutely realistic,

fuck yeah, much cooler to burn out hot
and not just fade out forgot,
just another sad Ho
with 3 crack kids we never see,
riddled with disease,
haunted by smart phone Vids
of children killed in their own yard
who never fucking heard of the Bard,
who will never dance no gavotte,
whose baby blood just marks the spot
where another life was wasted
before pleasure & parenthood could be tasted.

Why can’t all you all privileged mutha-fuckers
just
dig the truth--we will quit fighting
& dying when we find a decent job,
& move the fuck out of the project shitholes
you gave us,
that could make us stop robbing
cuz we finally got what we really needed--
some solid respect for our sweet souls.

Would you like to hear the author read this Slant Rhyme to you?
Posted by Glenn Buttkus at 10:42 AM 21 comments: 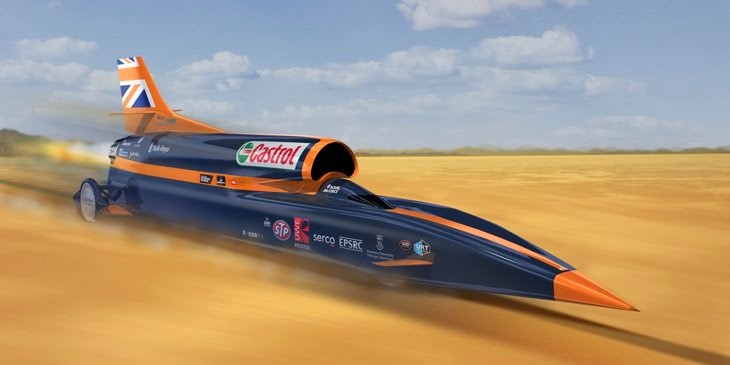 “Speed, it seems to me, provides the one
genuinely modern pleasure.”--Aldous Huxley.

I am here to tell you,
speed can be an opiate.
I experienced a taste of it
driving beater muscle cars during the 60’s,
blasting more than 100 m.p.h.
at two in the morning, on
whatever that day’s designated
urban drag strip was;
Dual quads,
400 horsepower,
4-speed transmission,
bald tires,
shitty brakes,
no posi-traction,
no good sense,
mere inches from
destruction,
demons,
danger, even
death,
but a couple of stiff speeding & reckless driving tickets
sobered me up like a quick dip in an ice pond;

but what that screaming, highly revved time
did for me was to help me fully understand
other’s cravings for speed, even
those obsessed folks who have to prove
that wheeled vehicles, without leaving the ground,
without leaping into the sky
without piercing the stratosphere
can now achieve supersonic speeds.

It all started in August 1902
in Albis-St. Arnoult, France
where American William K. Vanderbilt
drove a Mors at 76.08 m.p.h.

Today, the Guinness World land speed record
was set in October 1997, out on the Black Rock Desert,
where RAF fighter pilot Andy Green
drove the Thrust SSC turbofan
at an astonishing 763.03 m.p.h.;

but wouldn’t you know, this isn’t enough
for the plucky Andy Green, who in 2015
will travel to the NW corner of South Africa,
where his team is already working with
special laser-guided precision graders
to create a perfect surface.

He will drive a multi-million dollar 7 ton supersonic vehicle
called the Bloodhound SSC,
a jet & rocket powered monster
rated at 187,000 horse power,
designed to go faster than 1,000 m.p.h.
at Mach 1.4, faster than a bullet
fired out of a .357 Magnum.

So all ye speed freaks out there,
let’s start praying right now
for a successful run;
hoping that pilot daredevil Andy Green
will not crash through death’s door
before he shatters his own speed record.

Would you like to hear the author read this poem to you?
Posted by Glenn Buttkus at 11:18 AM 23 comments: 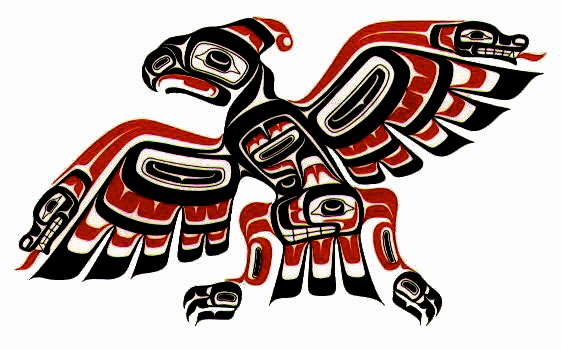 A flower will still bloom,
even amid thorns;

We have the Higgs Boson,
particle

Love those odd places where line
and texture

A carved pumpkin gets
respect just

Ivy can tether those
behemoths

Dying the year I was
born, still we’re

God appears in the heart
of morning

Would you like to hear the author read this Tilus poem to you?
Posted by Glenn Buttkus at 10:08 AM 26 comments: 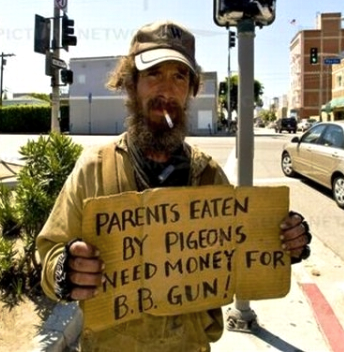 “What will happen is they’ll go without, or they’ll panhandle,
or they’ll steal.”--Roger Miller.

“Who the hell are you?”
asks the homeless,
the panhandler,
the downtrodden,
the oppressed,
the suppressed,
“Why do you have & I have not?”

“The answer, sir, is simple, archaic yet futuristic;
I am you,
another old soul on another
life journey.
I am a seeker, who
searches for tattered shreds
of the Big Truth;
like that guy who walks for hours in a field
with his metal detector,
& becomes elated
when he finds a Civil War belt buckle.
I am all the choices I’ve made,
the effort I expended,
the people
whose lives I have impacted;
I am your teacher & your student,
your brother & your father.
I am judge,
love,
dissident,
friend
clenched fist,
compassion,
kick from a work boot,
confidant,
competition,
companion,
team member,
empathy,
loose cannon,
samaritan,
observer,
helping hand,
disobedience,
sympathy,
adversary,
generosity,
roadblock,
rebellious,
hope,
impediment
& laughter.”

“ I have been black, white, red, & yellow,
practiced several religions,
been crucified,
been burned at the stake,
been canonized & excommunicated,
stood with the crowd on the mount
listening to Jesus, rode with John Brown,
& have spent time in Buchenwald,
Atlantis
Alexandria
Babylon
Boston,
Havana
& Chicago.”

“ I sense that I have been an ancient tree,
a spirit guide,
a slave owner & a slave,
no stranger to the sting of the lash,
the weight of the chains,
a white wolverine,
a red-tailed hawk,
a warrior who stood proudly with Spartacus,
William Wallace,
Garibaldi,
Juarez & Patton.”

“Christ, you make my head hurt.”

“ I am nothing, yet everything,
no one yet everybody--
I’ve had wings, hooves, & claws.
I wrestle my demons
I am God,
as most certainly
you are.”

“But do you have any spare change?”

“ But gosh, we hardly know each other.”

“ Be careful what you wish for.”