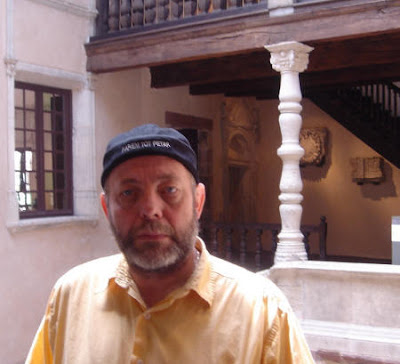 1.
I used to carry on a lot about the Poetics of Information, seeing it as the one possibility for the poet, that practitioner of the science of the whole as I insisted on calling the craft, to sum, summon, sum up the world around the place of his practice. Make a summa poetica of the space and time that spawned that practice.

This kind of poetics included for me amongst its stars those who drank deep from Pound’s Catawba: Olson, of course, and Duncan (especially of Mediaeval Scenes and Passages and Circulations) but also Marianne Moore, James Merrill, Louis Zukofsky.

These were poets from whose ardent couches you rose knowing more, bearing more information–I mean real stuff, names, places, dates, theories, events, attitudes, works and days–than you did before.

Some of these poets sent you scurrying to books to find out what was going on. This was true of Pound and Olson, but it’s important to remember that it’s equally true of Frank O’Hara or John Ashbery–you’d just want different reference books to get in the swim with an apparently insouciant O’Hara frivoliste meditation than what you’d need for one of the later Maximus Poems.

Then there were the poets–Jack Spicer above all comes to mind, and then Steve Jonas, or Gerrit Lansing, or Thomas Meyer–who send you not to a book but to another man, another knower, arif, another one of the spiritual elect or fedeli d’amore who could guide you not into the information behind the poem, but into the sensibility, the divine and hidden doctrina from which the poem speaks.

At the same time, in the same grand Edenic atelier where language is perpetually renewing itself, there were, are, poets working whose references need no encyclopedia, no guide but the warm attention of the heartmind. The intimate texts of Creeley, Celan, Corman leap to mind, whose work told you absolutely nothing, and instead demanded everything from you. Poems that seemed spoken, in none too confident a voice, by one person to one person at a time. No Whitmanic reach of the rhetor, no Blakean “orator.” Somebody instead, talking to you. Poems that had no “material” but language. But poems written in a language that could no longer take itself for granted.

So we had the poets who proposed, with fact or music or narrative, to educate us. And then there were poets who proposed to make me work for a living, pull it out of me, drag out of me and bring to bear on their words whatever passed for paideuma or learning in me.

Olson, always cherishing Creeley as his frere, did not seem to notice or care about this radical opposition of their practice and their goals. I, who cherish both of them, want both of them. Want both ways.

And then there is the midground, the space where the poet stands, voice aliquantulum elata, “a little lifted up,” as it used to say in the Mass, talking to you, but only only to tell you where he’s been and what he’s seen. And this is where Joris’s work is most distinctive. If Creeley talks to you in bed, Joris talks to you at the teahouse, in the café. This is the great possibility he identifies, it seems to me, when he speaks of the Nomad and the nomadic as exemplars of a poetics. The nomad carries his world with him, and travels through ours.

And of course that’s what Olson, especially the Herodotus Olson of the early Maximus and The Distances, was after– someone speaking from where he has been, and from whom he has been while there.

I’m running through this to provide a context, or is it my pretext, for looking at Pierre Joris’s work. When I come to read through this selection from a decade and a half of his poems, I am delighted to be reminded that he took off in the sixties, when the poets of information were strong and many. Back when there were already a few workers who even then were trying to do both: Enslin, Blackburn, Oppenheimer, and Taggart a bit later.

So here at length is something like a Selected Poems from Joris–and the dates are a little illusory, since the condition of striving that the poems reflect began earlier. These works condense and recapitulate the formal and rhetorical excitements of the 1960s, resume them and bring them forward. Like a good nomad, Joris travels through time as well as space; his poems embody all that he won from Africa, the Maghreb, Paris, the two Americas (left coast and right bank), then mingle it with all his practice in the hip US sixties, the discourseful resourceful poetry scene of the seventies in London, the language industry in the eighties _ and brought them forward. That is the point. The contemporaneity of the work before us in Poasis.

Someone who has followed Joris’s work can see where it’s coming from, and I want here to celebrate the great caravan of his arrivals. How much he has brought, to the poem and to the book.

Because they are scarcely the same thing. But the book is what you’d expect from a caravan, cinnamon and silks and salt.

The strength of this collection is the variety of the man’s work. Over the last decades, Joris’s poetry and poetics have made him known in England and America, and Poasis gives at last a detailed and accurate presentation of the range of his work. Again and again he is a shadow moving in a bright landscape, again and again his personal delights and sufferings come off camera, mere occasions to engage with the geography of our politics, to point out with a lovely, lyric alertness the landmarks of decency and power he has found on his strange hegiras. That h-j-r root fascinates him, this Luxemburg London Parisian North African American poet–exile, travel, escape, transhumance, the night journey and its visions.

As we read through the collection, the pieces get steadily richer. For me, the high points of the collection are the sequences Winnetou Old and especially Lemur Mornings–more than just the ‘best’ work in the book, they are the core of the book, and reveal something of the richness of Joris’s sensibility and the breadth of his cultural gesture. In Lemur Mornings, Joris grasps this English to which he is not born, takes it and shapes it with real assurance. This is no piddling triumph of nuance and idiom–this is the achievement of actual saying, sure and mysterious as a magic spell. This is the densest language work in the book, yet it still preserves a narrative thrust, still pushes exposition in that middle ground, speaking to the conjuncture.

It is just that cultural grasp that makes his work distinctive, and of value right now. Joris is, like a very small number of others than come to mind, a poet who is in full control of European theoretical adventures of recent decades, and whose work is both a light that illuminates theory, and also an instance of it. This is important poetry too in that it examines in detail the question of marginality and exile–which is the single thread linking Modernism and Postmodernism, surely. The discourse of nomadism, of exile political and spiritual, of rootlessness and the Edenic country of the text–these are issues that come alive in Joris’s poetry, and propose for his work a readership wider than the usual community of poets.

When I think about books that wield the same sort of literary clout with a similar range of discourses, I don’t think of books of poems. Instead, Chatwin’s Songlines comes to mind, a vivid intersection of narrative and expository discourses like the one we find in Poasis. Susan Brind Morrow’s The Names of Things explores–but in prose–a not dissimilar dance of personal growth, erotic identity, with North African cultural presence. These are texts that play in the same fields, but they’re not in one another’s shade. Among poets, maybe the late Leland Hickman, and the perennial energies of Clayton Eshleman’s underworld investigations come closest to Joris’s sort of endless, and endlessly productive, journeyings.

Most of Joris’s publications in this country have been small press and small scale. Only his collection Breccia comes close to this in size, but made up of much earlier work. Poasis is the mature work of an important poet.

There are some gentle, parlando diaristic texts – almost nostalgic for the say-anything sixties. The method and the issues of nomadism are already well established, for instance, by the opening sequence “Canto Diurno.” I’m conscious of a certain impatience as I read through it and the “Janus Calendars,” anxious to get to the more demanding and less overt poems of the middle and late book, which is where the poetic excitement happens, in the domain of demonstration, not explanation.

I think the book’s title plays some riffs about ways we might be well advised to read it. Its artful polysemy embraces:

2. oasis, the act of poetry being itself a stadial or oasis condition in the nomad life, by its very lingering in language emphasizing the nomadic quality–the poem as a provisional pause, an overnighting.

3. Veiled in the title too is the phrase ‘as is’–which of course translates the French tel quel, title of the review and hence the school of thought through which Post-structuralism was famously articulated. The title thus situates Joris in his proper historic relation to France (where he worked so long) and to the drifts of current theory instantiated in his poetic practice.

Posted over on Samizdat
Posted by Glenn Buttkus at 8:26 AM