All We Are Saying Is 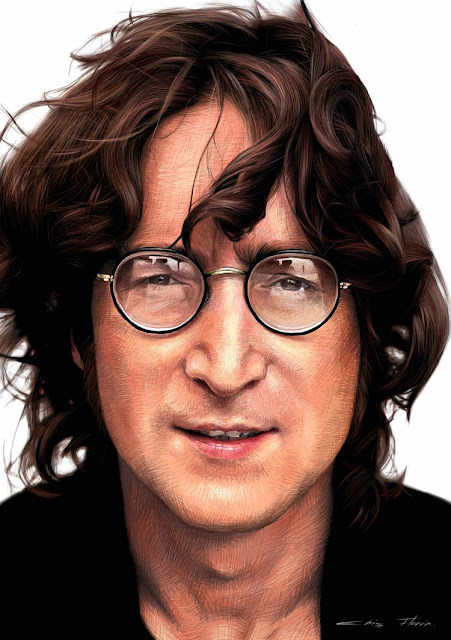 All We Are Saying Is

“What difference does it make to the dead,
orphans and the homeless, whether the
mad destruction is wrought under the name
of totalitarianism or the holy name of liberty
or democracy?--Mahatma Ghandi

Veteran’s Day is almost upon us,
giving us another opportunity to fully
reflect on the current state of chaos
in the human heart,

as War moves perilously about the planet
like a rogue cancer, never actually healed,
just deterred, redirected, or camouflaged.

Ever since I finally allowed my uncle
to reduce the work force by one,
I have taken full possession of those
beauteous gifts of recall and regret,

as I am reminded constantly that man
remains the most lethal of all species,
cutting the throats of their brothers,
building more efficient weapons,
churning the oceans into cesspools,
melting the ice caps like discarded popsicles
on hot pavement, forever worshipping
those bloody curs of Mars rather than
the loving wings of doves, and
all I can seem to do is burst into a torrent
of old man’s tears, soaking the scars on my cheeks.

Jesus, I weep
while watching movies,
Hallmark commercials,
my grandchildren at play,
my wife’s authentic orgasms,

and I really pry open the saline flood gates
when the techno-screens all about me
are besmirched with thousands
of flag-draped coffins as we continue
to sacrifice our beloved children
on the angry red alters of patriotism,
knowing full well that their innocence
was actually consumed by
the piety of the petroleum gods,
the rancor of robber barons,
the manipulation of the media--
where distorted spinning propaganda
is served up steaming fresh
and continuously spewed out
like uncountable droplets of contagion.

because, of course,
it meant
everything.

I do recall the young man I once was,
tough as Mailer,
eccentric as Vonnegut,
wild as Kerouac,
verbose as Faulkner,
struggling with eddies of ego,
anvils of angst, mostly holding back
my emotions because god damn it
I was no candy-assed faggot
cry baby,

now grateful that the foolishness of youth
has vanished and I realize that I have earned
the right to allow the wisdom of my tears
to flow copiously over the wounds of this world;

even though the whole of mankind
are but particles of sand in the magnificent
muscles of the cosmic mollusk,
we must realize, must learn,
that we do have the capacity
to spread our arms wide open
in a universal gesture of peace,

and we need to ready ourselves
to conjure up and share the richness
of all the colors within us
to perfectly match the loving music
of the day we must create.

Posted over on dVerse Poets--Poetics

Posted by Glenn Buttkus at 1:14 PM

man is the most lethal of all species...and war like a cancer....ugh, both true...because it meant everything...another...the wisdom of my tears to flow copiosly over the wounds of the world...a powerful and moving piece g

Oh my! This leaves me at a loss for words, Glen. As I read, I kept coming on lines I wanted to make note of until I realized I might as well just copy and paste the whole poem. Blogger won't let me refer back to refer, but this is truly brilliant.

Wonderful lines here - and you deal with a very terrible problem. The Gandhi quote is especially great. Such sadness on and on. k.

okay...stepping up on my soap box and reading YOUR words! Fantastic! They prey on the young ones with something to prove...a man who can willing show his tears despite the dogma...makes for a less than worthy puppet. We CAN throw our arms wide open. We CAN refuse to raise weapons. We CAN change. This is OUR lives their messing with. OURS! As living, breathing, conscious human beings...we can say NO MORE...and mean it. Whoops...Gotta stop doing this on other people's pages ;)

So much in this poem....emotion, politics, anger, messages of peace, philosophy...it has it all. But the overriding message being we CAN and NEED to change.

Real men cry!! The Hallmark part reminded me of how I cried during commercials when pregnant.

Thanks for serving our country.

the right to allow the wisdom of my tears
to flow copiously over the wounds of this world;

What a beautiful ablution that is, this is fantastic throughout, a real joy to read. Thank you.

we must realize, must learn,
that we do have the capacity
to spread our arms wide open
in a universal gesture of peace...def. something we have to learn..and the sooner, the better...sometimes it's frightening to look at our history, see all the things we've done...love that you end it on a hopeful note glenn

Wow you laid yourself and your thinking wide open in this piece. Excellent work Glenn!

"They came to make peace, and left it a wasteland." Solitudinem faciunt, pacem appellant: literally, "A solitude (poetic for "desert") they make, yet they call it peace. Tacitus's remark about the Pax Romana. We have been guilty of that in recent wars. Veterans for Peace have had trouble getting in parades in the past weeks. --David