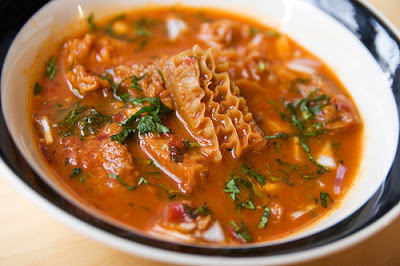 “I could be considered an organ donor, the way
I give up my heart.”--Anonymous.

When one craves
expansion of their food horizons,
shocking their palette,

after a lifetime
of white bread, barbecue, hot dogs, hamburgers,
sausage & bacon--all cholesterol-ridden acceptable
sources of wondrous tastes; choosing
not to investigate what constitutes our frankfurters
or how much sawdust or vegetable fillers
are laced into our cherished fat-laden ground beef--

we can also choose to be brave, either
through travel, or just fun forays into foreign
food restaurants in our neighborhood, gulping down
strange foods, both unfamiliar & exciting, or not.

I tend to be a very finicky eater, & I have never really enjoyed
the culinary adventures that some of the rambunctious cooks
in my family have subjected me to;    tongue & cucumber
finger sandwiches, roasted whole beef brain or heart
served as an entree, steaming rancid innards, like liver or kidneys, smothered
in onions, pork-blood stew, peach mutton chops, blood sausage & such.

What I’ve discovered on my own culinary safaris
is that there are three dishes, a demonic trinity of
foods that I just revile, simply cannot stomach--
three cultural contrivances that originated as
a practical & inexpensive source of protein
for the poor,
the masses,
the peasants and               I understand the necessity for the creative
development of such foods, & the application of
curry, chilis, onions, & garlic to mask the nasty
stench & taste of them.

Offender number one would be Korean Kimchi, kind of an Asian sauerkraut,
that nearly makes me pass out just being in its presence. It is made up
from some good vegetables & it might be great if served fresh; stuff like
bok choy, daiken radishes, ginger, chilis, sea salt, cloves of garlic, &
red pepper powders, but damn, after it is mixed up, folks find it necessary
to let it ripen & rot for at least a week, sometimes even burying it to
augment the fermentation--then when it is ready, you can add pork & more
spices to it. At the end of one of the recipes was the statement, “When
prepared properly, it can be delicious.”

Next up on my gut-churning list is the wonderful Mexican & Filipino
stew called Menudo, made from tripe & offal--the stomach linings of
ruminant animals, with ground kidneys & liver. It is often made from the
honeycomb tripe, a cow’s second stomach. Come on, you can boil. broil,
braise or bake it, & it still retains a pock-marked spongy texture that while
chewing it reminds me of ingesting a rubber inner-tube; pungent & cringe-
worthy, it needs to be mixed with a lot of hominy & topped with strong spices.
It is said to be a cure for a hangover. We are instructed post-recipe that
it requires “a certain amount of care in order to be prepared properly.”

Last in line in this unholy less-than-kosher trio of triumvirate nastiness
is a celebrated Soul Food--Chitterlings, or as they refer to it down South,
chitlins, created from a pig’s small intestines; a dish common to most
pork eating cultures, & oddly to dog eating cultures as well. You can boil
it, batter it & deep-fry it, then mix it into some dirty spicy rice. It is recom-
mended to serve it slathered in hot sauce with some kind of strong liquor.
It has “a very unpleasant oder when it is cooking.”

The bottom line for
me, once I try a new food--
love it or hate it.

Would you like me to read this Haibun to you?

i love to try new food - and when i travel i try to taste as many local dishes as possible.... some i wouldn't eat twice - and some i learned to love...

Ha.. you are not a fan of all part of the animal I can tell.. kim-chi I actually like, but tripe and such is a little bit harder to swallow for me.. :-)... there is one dish I could never take, and that is surströmming (fermented herring) that smells so bad that you can't open it indoors (the smell is very close to a sewer actually)... But there are those claiming that it tastes better than it smells... I doubt it.

I have eaten offal in both chitlin's and in haggis, probably in stew as well. It is one of my favorite ways to experience a new culture. Through my stomach. There is little that turns my stomach - except one humble type bean. Just cant swallow it, which is ironic considering all that I have eaten.

Nope. I don't do organs or entrails either. And I'll be honest with you, off all the southerners I know, and there is a lifetime of them, not one has or will eat chittlins....if you've ever seen them cleaned or smelled them cooked, you never want to duplicate those experiences either. Being in a relationship with a Japanese man for many years, I developed a love for all kinds of pickled veggies. Fermented? nope. and that includes sauerkraut. Nope, no way, not....and I'm not always fond of this trendy fusion mess either.

All of those sound pretty awful to me, I have to admit, and I have quite an adventurous palate. The one food that made me retch right away upon ingurgitating is durien, the Indonesian fruit that looks like an innocent melon but smells of unwashed feet.

Well I would certainly pass on chitterlings & menudo. I used to have an aversion to kimchi, but it has grown on me; and I now I enjoy a bit of it when in Korean restaurants. I am not one to eat any organ meats. And, ha, I haven't eaten a hot dog since I learned what they were made of when I was in high school. I just can't turn a blind eye.

I really do like trying 'ethnic foods,' but of the non-organ-meat variety!

I am like Claudia. Trying new food is part of the fun when visiting a new place or country. I am not too fond of any kind of 'insides' though and would certainly pass on the ones you mention. I have enjoyed food in a variety of countries and enjoy visits to ethnic restaurants when I am not traveling.

I love kimchi with barbeque yummy and of course menudo, smiles ~ I am a bit adventurous with food (but not that extreme like chicken feet). I really try to eat the native dishes when I am travelling so I can appreciate the flavor ~

This poem is amazing! You have described everything in foods,
yet we now have our taste buds telling us to eat.


Have you ever seen Bizarre foods on the travel channel?
Some of the foods on there that Andrew Zimmern are pretty weird and don't look tasteful.

However, Menudo is quite delicious! I eat it sometimes. I love putting lemon on it. It brings more flavor and wow!!! so good.


You got me hungry now for some food. :)

Thank you for you writing this beautiful delicious entree of good imaginative food. :)

I don't think that I would ever want to try offal or anything that involves the innards of the animals.
An interesting portrayal of different foods and the cultures they come from. I liked it. :-)
-HA

An intriguing piece :D one should be brave enough to try new food and be open to new experiences :D Well penned!

I'm a big Kim-chee fan Glenn, but never was even interested to try the others.

I try new things now, but mostly stick with what I know I'll enjoy.

OMG.. Kimchi.. Menudu..
and Chitterlings.. sounds like
a boy band trio.. of
quick steps
to the
head of
Navy language
of relief.. on both
ends of the ship..:)

These days I would only eat offal if it is organic. But nothing beats lambs liver with bacon, mashed potatoes, caramelised onions and lashings of gravy. Well, except perhaps for tripe with bacon, capsicum, onion, baked with a layer of mashed potato on top.

Oh gosh, I completely lost my appetite, Glenn--thank you, as I must go to bed soon!

Good to know :) I'll say no if/when I come across these!

I agree with your three being something I'd never eat. Coming back into the realm of things that are more likely to be served where I generally eat, there are three things I strongly dislike, though they seem tame by comparison to your three. They are mushrooms, mint, and maple. I'm sure the list would be much longer if I would venture into more exotic foods, but I'll pass on that. Nice take on the dVerse prompt. Peace, Linda

Your poem introduced me to many things I am not familiar with.... interesting attitude....great to read!

My experience with Menuda wasn't bad..made for me in Ecuador by my brother's mother-in-law, the hominy and broth would cure anything, but adding diced onions and sour cream and spices helped, the tripe I got accustomed to...but the other two foods you brought up give me the gliche!
I'm sure many oriental dishes or exotic concoctions would be adverse to my palette as well.
It took my awhile to eat greens, but never did I grow accustomed to liver and onions.

It gets frightening to think what rubbish are passed on to us that we consume with relish! Incisive write Glenn!

I was the world's faddiest child, but now I'm in your camp: try everything.

There is certainly a risk in everything new that we try...love it or hate it indeed!