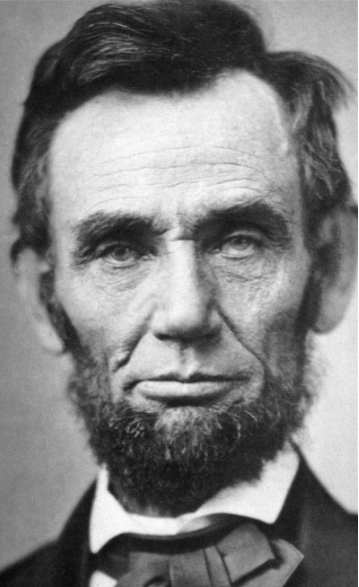 “I should be glad if I could flatter myself that I came as near
to the central idea of the momentous occasion, in two hours,
as you did in two minutes.”--Edward Everett.

Damn, I seem to be taking forever
to get over this protracted illness.
Leave it to me to come down with
a mild case of smallpox.

Being feverish & weak as a lame dog
with a constant raging headache is bad
enough, but it’s the hellish shingles that
really chaps my butt--literally; what do the
doctors call it--yes, a vesicular rash. I swear,
it’s more like a mild case of leprocy.
Lying abed, I have a lot of time to think about
this quagmire of bloody conflict, of sons versus
fathers that our beloved America has become
in 1864. I’m still reeling with emotion

over Gettysburg last year. Dear God, over 50,000 men killed,
wounded or missing in a three day battle; but I do have to chuckle
over the political rumor that I scribbled my speech on a scrap of
paper while on the train to Pennsylvania. For Christ’s sake, I pride
myself on carefully crafting all my speeches, & that address was
no exception. It was fully conceived & written out before I set foot
on that smoking brute of motion sickness.

I knew I was becoming ill on the way up there that morning of
November 18th. I recall telling John Hay that I felt fatigued
& weak. Lord, the next day at the ceremony I thought
that windbag Eddie Everett would never finish
his bilious oratory; reminded me a lot of
Steven Douglas; quite the stark con-
trast to my two-minute commentary, deliver-
ed rapidly to keep from passing out. Bill Seward
told me later that I was pale as a ghost. that I looked
sad & haggard, but hell’s bells, who wouldn’t be? But surely
this illness exacerbated my natural melancholia. Everett wrote me

that my little speech was a grand success, so
I suppose It wasn’t a total failure. It did surprise
me that presently it is being lauded as a grand
& significant speech, & I’ve had to make five
copies of it for posterity--yet we can count on
the Democrats to belittle it. In the Chicago Times
it was published: The cheek of every American
must tingle with shame as he reads the silly, flat & dishwatery utterances
of the man who has to be pointed out to intelligent foreigners as the
President of the United States.

I will tell you one thing, with me being laid up like this,
it’s glaringly evident to me that Hamlin is too much of
a milk-toast VP to ever be President. The country needs
a stronger man. When I get back on my feet, I think I’ll
approach Andy Johnson about the job--he’s got fortitude
& intelligence in spades.

When I was swept into the White House in 1860, who would have
expected those 7 Southern states to form the Confederacy & then
fire on Ft. Sumter; complete hubris & madness. It was like pulling
molars to get the Emancipation proclamation through Congress,
& it was a minor miracle to add the 13th Amendment to the Consti-
tution outlawing slavery. I am only 55 years of age, but that is on
the outside; on the inside I feel like 100. God in Heaven, when will
this cursed war ever end?

Brother against brother,
civil war is ever bloody
disaster; no winners.

Your knowledge and perspective continue to amaze me, Glenn. I do wonder sometimes what went on in the mind of Abraham Lincoln. I am sure he was devastated by all of the losses on both sides. An Excellent Persona Poem. Understandable and relatable and deep!

War is ugly. Civil war even more so. I'm sure this event would have killed him had it not been for an actor's bullet, which actually, may have been merciful in hindsight. The senryu is true and heartbreaking.

To go into the head of Lincoln.. what a wonderful approach... I really like what you did, maybe being ill and keeping your speeches short is not so bad really... To have to be president during civil war has to be the worst thing ever...

Glenn, being a well read student of Lincoln--if I could meet anyone in history it would have been him--I think you did a fine job with the information and the capturing of Lincolns personality. This is the kind of persona poem I was hoping others would try to write. Smiles...>KB

A study of U.S. Presidents
is amazing.. as it doesn't
provide a view of invincible
men.. so much.. as a view
of broken men.. some
mended.. but some
living by
the skin
of
darkness
to motivate what
it is then that makes
them leaders now
so high-n-might
in a so-called
free world..
but yeah..
things are better
for many than in
Lincoln days and
Candidates.. are
still as outlier
as they now
were then..
more than
obviously
that pARt
of leadership
iS nothing new..:)

There are no winners indeed in wars ~ Cheers ~

Glenn! What a fantastic take!

As always, erudite and instructive. He is the subject of so many studies and yet I always seem to learn something new about him. Thank you.

Brilliant take on the prompt!!

An interesting take, mainly because I've often wondered what went through Lincoln's mind at times.

And, I like that there is a sense of humor to this. When I think of Lincoln's inner voice I tend to think of a sadder, more melancholic voice. Burdened. Sad.

I like the shape of this poem, and the subject

You've given us a great, imagined look into the mind of Lincoln as our country waged war against each other. I don't doubt that he had many of these thoughts going through his head.

"Brother against brother,
civil war is ever bloody
disaster; no winners."

Thought - that is crux of the poem - I like the blending of historical facts and simple events like writing a speech on a scrap paper during a train journey - overall a great story telling.

This is so interesting and seems so real. Am sure Lincoln did feel a like this.

Beng originally from Illinois, I was especially memorized by this. Your knowledge of this era in history is quite extraordinary. And I can't help but think that your way of "talking" history in the personna of the man of Abe Lincoln, would be an absolute treat for students studying history. How much more palatable and interesting and exciting to read this instead of a junior high or high school history text book. You've blended the language of the times with the everyday language of a man who came from Illinois.
I thoroughly enjoyed this -- and, more to the point, admire it! I am new to dVerse, having just joined the week before Christmas -- I'm finding the most remarkable people here -- as in you and Abe! :) Thank you for this post.

How wonderful it is to read your work, Glenn, and then to hear you read it, makes it come alive!

finely hewn, Glenn; a glimpse inside the tophat. ~