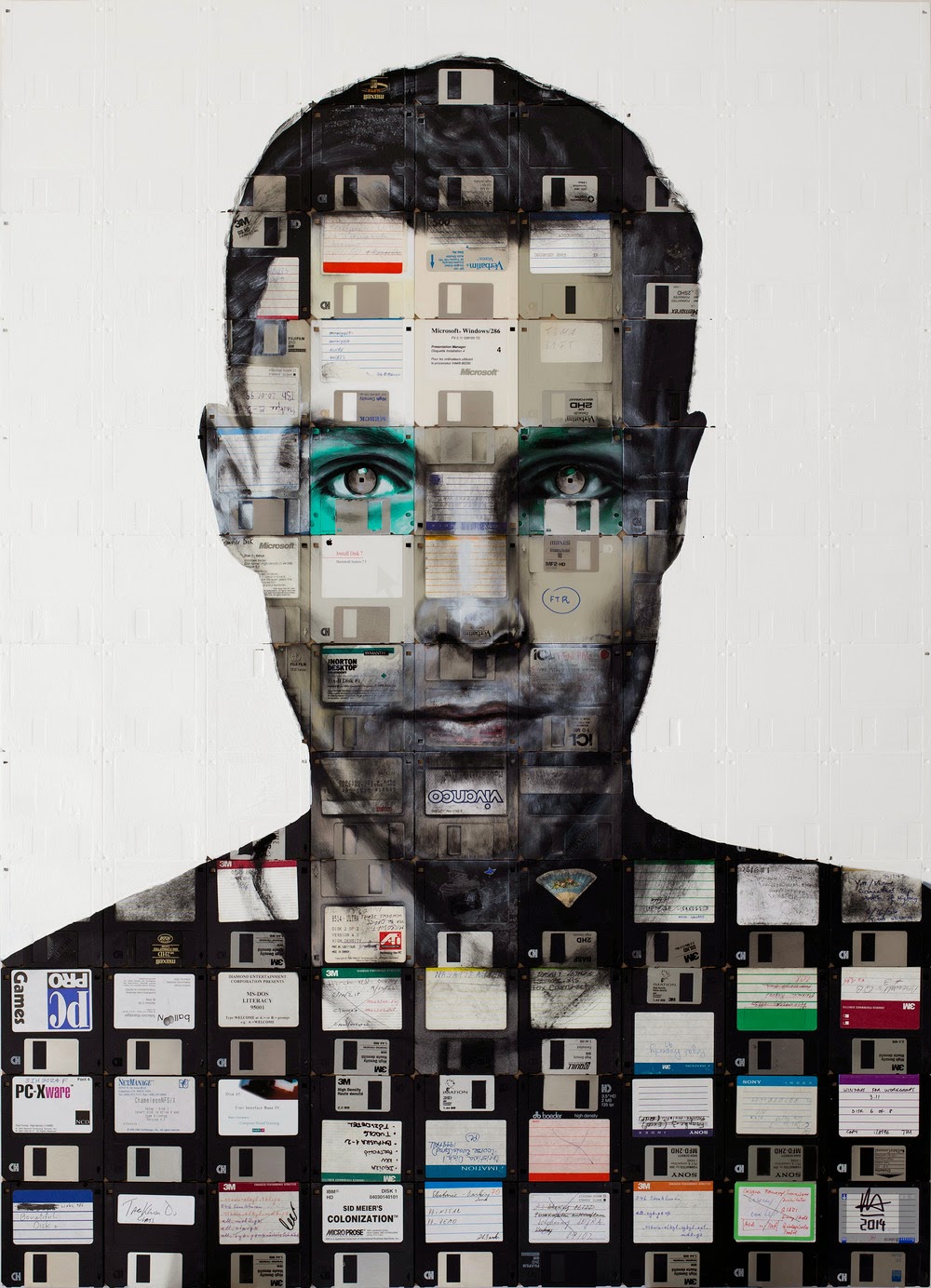 “Real happiness is cheap enough, yet how dearly
we pay for its counterfeit.”--Hosea Ballou

If one day, you wander into that hick cemetery
in Cottondale, TX, you might stumble onto
a small tombstone, ground level, simply
marked GEORGE B. KELLEY--1954;
which was not me--hell, they even
misspelled my fake name.

I died at 54 in 1954, how about that for a fucking
cosmic coincidence?       I was born George Francis Barnes, Jr.
I made a bit of a splash during Prohibition.

They called me Machine Gun Kelly,
because my weapon of choice            was a Thompson sub-machine gun;
but hell, I wasn’t really a hard case stone cold killer like
some of them, you know--Dillinger, Baby Face Nelson, Lucky Luciano--
that whole fucked-up crowd.

I mean, I liked to work with my hands, & if my old man
hadn’t kicked my ass out of the house at 15, & if I hadn’t
had early successes as a bootlegger & leg-breaker,
I might have ended up as a garage mechanic.

I admit I turned into a bit of a flashy punk                in them early days
just before the Depression, had a lot
of run-ins with the bulls in Memphis;
they was a tough bunch of bastards, so
anyway my girlfriend, Kathy, & I
lambed it to Tulsa, & got by
robbing a few farmer’s banks, but in 1928           I fucked up bad,
& got caught smuggling booze into an Indian reservation--
those crazy Cherokees liked their fire water.

I hate to admit it, but it was Kathy who was really the tough one in our
crime duo. She really took to the gangster life. She was the one who
coined my gangster handle; George R. Kelly. She planned all the little
chicken bank jobs, pushing for my notoriety, pushed for my meet with
Dillinger, talked me into getting hitched, chose the name Kelly since I was Irish.

Shit, she was the one who bought me
my first chopper,
a shiny new $225 Thompson
sub-machine gun, with three $5
Type C drum magazines
that held 50 .45 ACP cartridges each.

Guys called the Thompson a lot of different names:
the Trench Sweeper (from its WWI roots),
the Chicago Typewriter, Organ Grinder, & Piano,
but in any real shoot-out,
you had to be careful not to blow
your wad too soon,
spraying fifty shells willy-nilly,
had to learn how to squeeze off bursts, because
it was tough & damn slow to change out the fucking drum,
& God help you if you had a jam.

Yeah, I shot up a few guys,
most of them cops, but I don’t think
I actually killed any one--but Miss Kathy
took to wearing a Bonnie Parker beret
& she certainly plugged a lot more guys than I did.
but then in July 1933, we got greedy
& kidnapped a fat cat oil tycoon named
Charlie Urshel--& things just went sideways
from the get; fucking Charlie was crafty,
memorizing background noises, counting
footsteps, putting his greasy fingerprints
on everything he could. So we ransomed him
for 200 thousand bucks, but
our success was nothing but sham.        We had stashed
half the take at the Coleman Ranch in TX,
old Earl was Kathy’s uncle.                          We were laying low over on
Raynor Street in Memphis, & a swarm
of them FBI pricks burst in while we was
eating our ham & eggs. I was unarmed, so
I panicked and yelled out, “Don’t shoot, G-Men!”
That stupid utterance came back to haunt me
all the rest of my days.

Shit just went south & sideways; Kathy got pissed off
because the newspapers hardly even mentioned our arrest,
since that was the same damn day that the Dillinger
gang broke him out of the pen over at
Michigan City, Indiana.
Then they tracked down Uncle Earl,
& napped our 73 grand out of his cotton patch--
& of course that little pompous faggot, J. Edgar
fucking Hoover used my battered butt
for a springboard, glorifying the FBI.  They allowed
, for the first time, film cameras into our trial,
& kidnapping, after the Lindbergh fiasco,
became a federal crime; turns out that our case
was the first major crime solved by his newly formed
gang of FBI thugs, so
Kathy & I both got life sentences out of the deal.

I lasted 21 years in the joint, starting off
at my alma mammy, Leavenworth, but then
I got lucky & got sent to the rock, Alcatraz; yeah,
so for 17 years I was inmate 117.       I let everyone know
from day one that I wasn’t no tough guy; made trustee after
doing a dime, pretty happy actually working in the shop
making stuff for them to sell.

Kathy, of course, outlived me;
got out on her good behavior
while I was still on the Rock.            She was studying law
when they shipped me back to Kansas.
I am tickled as hell when I think of her
as a lawyer, always a tough lady, smart,
a great piece of ass, born with
fire in her belly.              I would have been nothing
without her; crazy bitch married a Sheriff
& lived to be 90.

My final thoughts were of her, me
sitting on the crapper, smiling, straining,
just before my heart exploded.

Would you like to hear the author read this poem to you?
Posted by Glenn Buttkus at 11:52 AM

Wow what a narrative.. you have captured that gangster mind so well.. what a life... like a piece of history. Imagine how much glory we put on thugs.. Good to see you back writing Glenn, and a happy new year to you.

ha. a bit of ironing in hte going out on the crapper...and what a turn on life...marrying the law and becoming a lawyer...what a run you had though eh...interesting out of body on the narrator as well....

haha... they always have to blame the woman...smiles... so she did quite some criminal planning then... cool storytelling glenn... she sounds like a lawyer who knows what she's doing - i probably would hire her right away

Wow, this is the whole story for movie! Great job!

Your words always push my imagination to a whole new level of creativity and brilliance.

Your sir bring upon hope for us to evolve and learn.

I love your work and I respect you so much.

Thank you Glenn for you always being you.

... geeze, at least with dying on the toilet, there won't be any mess to clean when your bowels release... What a life the lady had, aye? got out the game, become a lawyer... she's had the best of both worlds

Ha, amazing (and funny!) narrative. I was not expecting this.

This is a fantastic write— I love how you wove a history of facts through a first-person story write. So fascinating, but then I do love both history and true stories. Well penned, Glenn, well done indeed!

you brought a bit of history... back then... people worked so much harder and, I believed, complained less

You know I was always fascinated with those Prohibition gangsters. Al Capone had some hideouts relatively close to where I live. I don't know why gangsters of old always seemed a bit more 'romantic' than modern day thieves. Perhaps part of it had to do with the series "The Untouchables." Loved Elliot Ness. Smiles. I never heard of "Machine Gun Kelly" though. So thank you for broadening my education! Happy New Year, Glenn. So good to read your words again.

What a story and character you painted for us Glenn ~ What a very interesting life and lucky for Kathy to become a lawyer & live so long ~Enjoyed this gangster tale, smiles ~

What a great personal epic, Glenn! I like how you weaved history and geography into this poem. It seems George has mixed feelings about Kathy - quite a smart woman.

haha - This was brilliant. I have missed reading your adventures and I always enjoy a good story. I think she outlived him and outplayed him. Thanks for the smile I needed that today.

Great telling Glenn - I hung on to every word.

Those gangsters certainly led quite the life...but I'm glad to avoid the daily risk of bullets. Another great story, Glenn!

How that wild calls to us Glenn -
as I read this, I couldn't help think how we make drug-lord movies now, since the old west seems too unbelievable.

I thought this narrative really worked.

The art of story telling is so much a lost art.. as i still remember this art so well told by my elders of last century when cowboys are still in style on TV at least...

And you put me in Machine Gun Kelly's life.. and a life i've never paid much attention to.. until now.. thanks to you..:)

A formidable piece of story writing, full of romancing, wry humour and pragmatism.

I like this biographic poem. The narrator was so true to character, made the write so interesting. You included so much of his life, his feelings ever. So well done!

Superb! I was captivated immediately, what a story!

The voice you gave him was so authentic, I almost felt like I was communing with his ghost. Amazing!

Much enjoyed this, Glenn, for many reasons--especially the most effective voice you assumed in the persona of the guy. Of course, as a native Californian and current Nevadan, I love Western lore and love to spend hours in cemeteries like Virginia City reading tombstones--"...hung for this, shot in a duel..."
I've always thought I'd love to do a driving tour of NV ghost towns and do some photography, poetry inspired by it. Life gets too busy, I suppose.

I imagined I was sitting on a porch listening to you tell this amazing story. A great voice for storytelling.