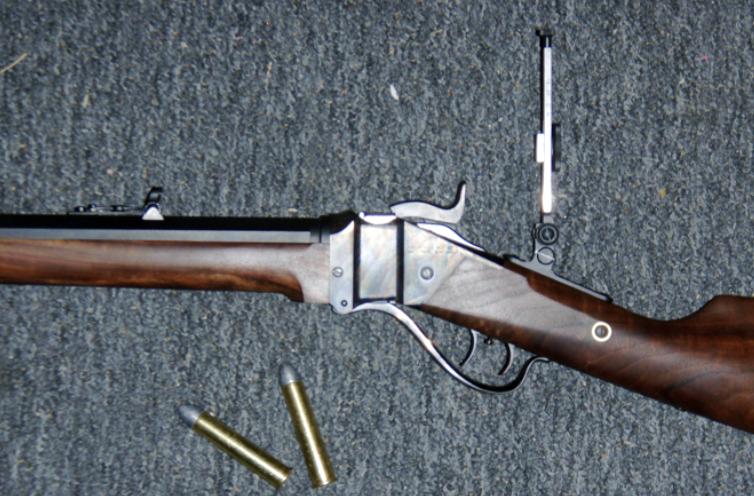 “Every woman is a queen, & we all have different
things to offer.” --Queen Latifah.

1(sound cue) Saloon piano & castanets.
2(two-shot) Salina, controlling her rage:
--So what the hell have you got my Dad mixed up in?
Buck, brows knitted, eyes narrowing:
--I don’t have your father mixed up in anything. What’s your beef
with me?
3(close-up) Salina: Do you want him to end up gut-shot like the barber?
4(two-shot) over Salina’s shoulder, a small grin sprouting on Buck:
--You know, he seems full grown to me, with a mind of his own.
Salina thumped the black quirt against her leather skirt.
5(sound cue) Thwack-thwack-quirt onto leather-clad thigh, shifting into
three drumstick whacks.
6(three-shot) as Wallace steps partially between them.
Wallace: Just calm down, all I did was help him straighten out a
little misunderstanding.
Buck wiped his mouth, still wet from drink.
--No harm done, none intended, little lady. I’m obliged for your
father’s help.
7(medium close-up) Her eyes were calming as she listened to him, &
we become very aware of her gorgeous green eyes & full lips, wearing
no lip paint.
8(sound cue) Violin & banjo.
9(three-shot) over her shoulder with Salina saying a bit sarcastically:
--Well, Mr. Rod Buck--so you decided to finally come home at last?
Buck: Looks that way.
Salina: Should we alert The Bugle--let folks share the news?
Wallace: I think Mr. Buck found his own way of letting folks around
here know that he’s back in town.
10(close-up) Salina burst out with a hearty laugh.
11(medium close-up) Buck: I never realized that anybody cared, or I
might have come back sooner.
12(sound cue) Clarinet & Native American snake rattle.
13(close-up) Salina: You want to sell your ranch?
14(medium two-shot) Buck turning to Wallace:
--What the deuce is she prattling about?
15(close-up) Wallace: She wants to know if you are interested in selling
Antlered Buck.,
16(three-shot) Buck looked puzzled. Salina folded her arms, the quirt still
in her right hand.
Wallace: It’s a fair question.
Buck: Sell to who?
17(two-shot) over Buck’s shoulder.
Salina: To us--Dad & I.
Buck: No offense, but why in hell would I want to do that?
18(sound cue) Harmonica & guitar.
19(medium close-up) Salina: Because Cash Bronson wants it, & we would
prefer he doesn’t get it--because you are a big tumbleweed, & one of these
nights you are going to blow right back out onto that prairie--and your ranch
will be host to blow sand again.
20(close-up) Buck: I’ve been out there a long time. A man can change.
21(extreme close-up) Salina: Either that or you are liable to screw around
here, stirring up dog turds & kicking butt--until you get Bronson so riled-up
that he’ll arrange to have your damn fool head taken off at the shoulders.
22(three shot) Buck was silent for a moment, masticating on what she had
said. Salina had her hands on her hips. Wallace had his arms folded, waiting
for a reply.
23(sound cue) Wagons & riders outside in the street,.
24(crane medium wide shot) Cut to the exterior of the store by pulling back
from the trio, through the plate glass window, dollying backward. People
were milling around on the boardwalk & in the street, four boys were kicking
a can, a little girl was spinning a wagon rim with a stick, Cheewa was lying
by the front door on the porch, watching the tall deputy who was sitting on
a public bench nearby.
25(sound cue) sweet melody; piano, violin, harmonica, & accordion.

Posted by Glenn Buttkus at 1:56 PM

Hmmm, I like the fact that Buck has said "I can change." Seems he is mellowing a bit?

ah, someone remembers him....i wonder if these could turn into allies when the big battle comes eventually...or will they be just as bad in the end...

nice storytelling again glenn... cool dialogue and i esp. liked the description of what was going on in the streets..

this reminds me of a soap ophra

So I was waiting for the reply from the big tumbleweed..smiles ~ Enjoyed the nuances & background music Glenn ~

That this screenplay is treated vatically (in verse) intensifies the scroll of events. Maybe that makes every moment more pregnant (sort of Robert Coover on mushrooms); and whether that's intended I can't really tell. Guess I look for gods in verse still, its their last habitation.

Great story! and the background music lends much. I am looking up earlier parts of this story! :-)

Just go to my archives back over the last year; 31 other episodes await you. This poetic adventure/experiment is becoming epic. What a joy it would be to have everything together in one huge volume, like an OUTLANDER book.

You know I do enjoy these episodes. It's cool how you add the music in as I take in all the sights and sounds. I have a rattle I bought from a Native American it is filled with blue corn and has a hand painted bear paw on the elk covering. It makes a really interesting sound. I wonder what a snake rattle would sound like?

I enjoy the progression of this, Glenn--the stage directions and music. But especially your strong gift for writing dialogue--and I assume that is perhaps the most critical aspect of script writing. And go for the Outlander idea.

I like the progression of this.. I think that Buck finally has found a challenger to put a dent in his hard shell... ha..and thank you for the birthday-cards. Much appreciated.

Ooh I like the "challenge" set out to Buck... Can he change, settle down, or will he always be the tumbleweed? Looking forward to finding out... Smiles.

I enjoyed the longer than usual dialogue, Glenn. A book is a great idea but a movie would be even better. Just saying.

Background music! How cool is that... Extremely well written and you built it really well.

I'm waiting until after the game to re-read this and hopefully listen to you read it..then I will comment...

I was just in Arizona where they had an auction and the gun Tom Horn used was sold to the highest bidder. He was the tool of the rancher's association until one night he ambushed a 14 year old boy - mistaking the boy for his father. Sheep and cattle didn't mix back then, nor the people who ran them.

So yeah... they'll come for Buck in the night, or those close to him.

It is a great dialogue Glenn! Buck looks to have to change!

When I read your plays of the wild wild west.. they still connect me back to Gunsmoke.. and no cowboy at all i was.. i ponder what makes that a favorite show.. and play.. and truly it is the personal stories of feelings emotions set loose and raw.. before special effects come to ruin that raw emotion set free in words and non-verbal expression.. wild west or not..:)

And technology created robots of human as same..

but the record of what was.. continues on as life..:)

Thank God to Technology.. ironically so.. in catch 22 flow.. of tide rising and falling as human.. again...:)

The Gunsmoke reference rang true with me, but it could be Wyatt Earp-like or even Bonanza. Dialogue works well, as reading about the surroundings or history might not be as interesting to some readers. I don't know. It certainly is not boring and invites the reader/watcher right in to sit on a bar stool, music and sounds included. You have a knack for this and although I haven't read all the chapters yet, I see it all coming together. Do you have a potential editor? A book would be the logical outcome of all the chapters. Good luck!! I think it's great. I know a gal on the island who is good at editing. Publishing is easier these days, I hear, but it's the promoting that one would have to do him or herself, I guess. Again, it's not my area..just things I've heard. Have not seen Outlander either, but lady friends have and can't stop talking about the kilts! It's all possible, you know.

a real set-up; you stage it so well ~