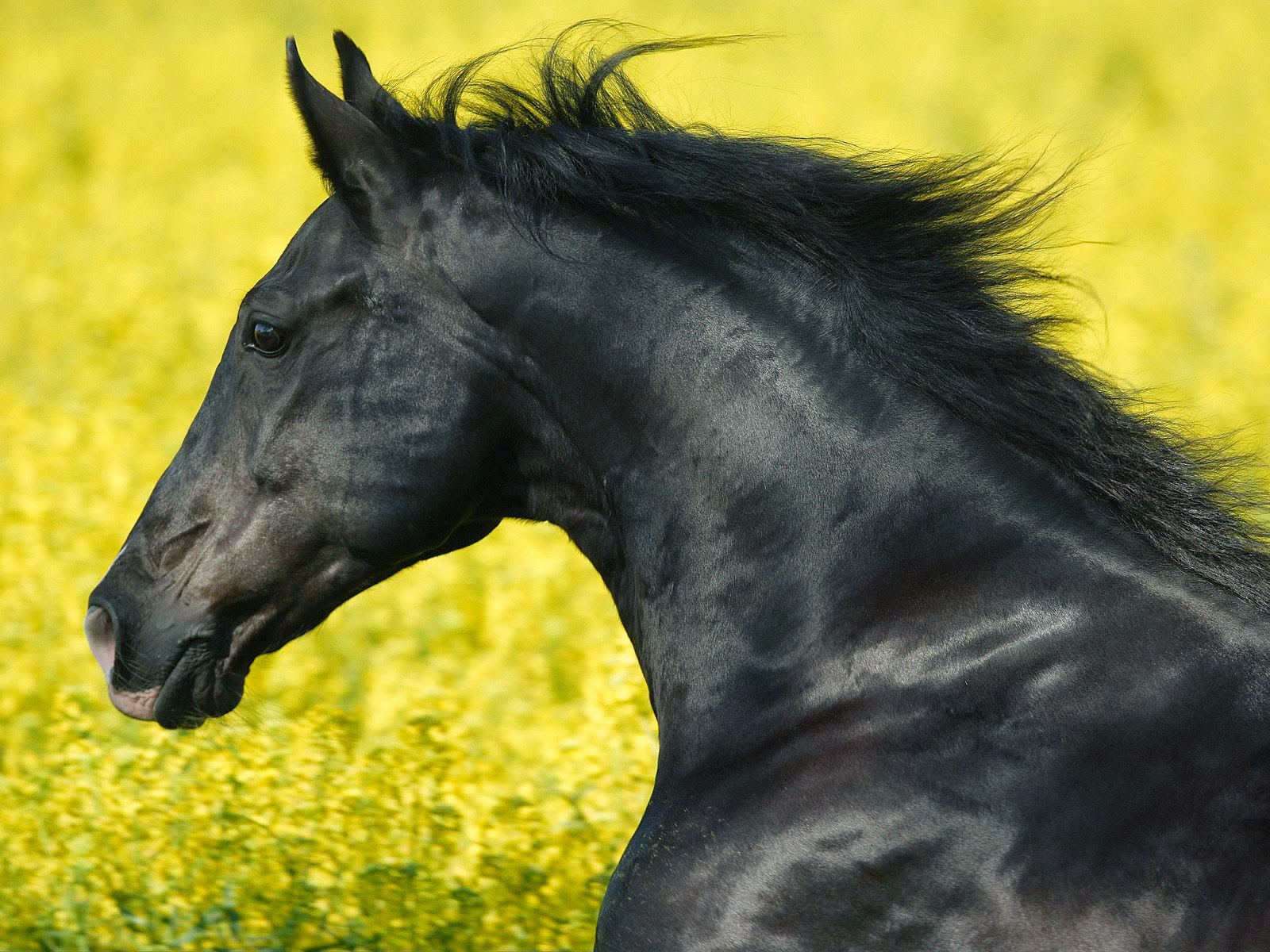 “Dance together & be joyous--even as the strings of a lute
are alone, they can quiver with the same music.”
--Kahil Gibran.

1(titan crane shot)
High overhead the corral; Johnny Eagle turned back to the spindly
sawhorse, as the many ‘pokes hung on the corral poles like crows
at a barbecue.
2(sound cue) thwack of a juice harp, guitar strumming, over an Indian
branch flute.
3(cut to medium close-up) angle on the face of the fat foreman, scowling
two chins deep within his flabby jowls.
--Breed, why not let three or four of us hold that stupid hammerhead,
use a spade bit like everybody else & strap on some spurs, toss your
gear on this devil cunt & get to breaking her?
4(two-shot) the Indian turned and stared at the mound of flesh on the fence.
5(close-up) Johnny, the grin faded: Because I like horses, Graff. I know
that you do not understand this, but I’ll tell you anyway. None of the
horses I break ever go wild again, yet they keep their spirit & courage &
dignity.
6(medium close-up) Graff spits out a disdainful glop of tobacco.
7(sound cue) Indian drum beats, & castanets.
8(cut to close-up) as the filthy tobacco wad lands in the sawdust near
the Indian’s feet.
9(medium wide-shot & sound cues)
--Damn, Graff, that’s bullshit!
--Come on, asshole, let the Eagle work his magic.
10(medium close-up) Johnny, the smile back on his lips:
--You know, you’re lucky you got me today--I wanted to go fishing.
11(two-shot) over the Indian’s shoulder:
--Graff: Why did you come then?
--Johnny: Out of whiskey money, boss--besides I need a woman, &
they cost dinero too.
--Graff: Enough jawing.
12(sound cue) piano & clarinet.
13(medium wide shot) Johnny picked up the creaky saddle & moved
toward the mare.
14(cut to close-up) the ebony mustang’s wide nervous eyes.
15(two-shot) Johnny: Here it is, Concetta. Look at this, huh? I know,
I know, you don’t especially like saddles or riders either--but don’t be
silly. You are a horse. Men ride horses. I am a man. I will ride you.
16(tight two-shot) The mare shook her head violently as the man
approached her, pawing the dust with one front leg. He held the
saddle out at arm’s length, moving up to her head, & holding it
under her nose.
--Johnny: See that? Look at at. It smells OK--it’s just an old saddle.
Now, could that hurt you? Hell, no. See what a silly horse you’ve
been?
17(sound cue) harmonica & guitar.
18(medium wide shot) He touched her tense neck with it, as she nipped
at the air. He moved it slowly along the arch of her neck, stroking her
withers with the sweat-soaked leather. She shifted her weight from
hoof to hoof. He placed the saddle on her back. She whinnied & bobbed
her beautiful head, her long mane fanning in the breeze. He quickly
cinched-up, talking to her, stroking her loin & flank.
19(tight two-shot) Johnny: There now, pretty lady, you’re all set, huh?
You got everything--but a rider. Hey, why don’t I climb aboard & we can
hop around a little bit?
20(medium wide shot) The ‘pokes began to mumble, as the mustang
turned her head, watching the man, but remaining still.
21(tight two-shot) Johnny got a good grip on the reins & saddle horn as
stuck his left foot into the first stirrup. The crowd grew silent. He smoothly
stepped up into a standing position, with his right leg dangling. The coal
mare pranced & quivered. The saddle & tack creaked as he passed his
right leg over her back, then ramming his foot into the other stirrup.
The mare complained as she bobbed her head. Johnny felt the tension
gathering between his legs.
22(close-up) Johnny: Well, horse--it’s a nice day, isn’t it?
23(sound cue) snare drum &saxophone bleat.

Would you like to hear me read this latest Cinemagenic Poem in my series?

Posted by Glenn Buttkus at 4:50 PM

Hey brother.. first for once :-) Love the description of the flabby foreman.. you really mad his insecurity apparent in the reading.. sounds like Johnny knows his things.. and will get his whiskey and the gal for the night.. Good that we can have OLN biweekly.

Ah, this really reminds me of a scene from those westerns I used to watch as a kid. You write 'horse scenes' like a pro. I like the fact that the horses keep their spirit and courage and dignity!

Hey Glenn - I think in this you have used musical elements very nicely. There is something on which I have been thinking about talking to you - I will write to you on email sometime soon. Have a great weekend.

I especially liked your character's "conversation" with his horse.

Jonny is so sensitive to and aware of his horse, all the nuances of her muscles, how she shifts from hoof to hoof. And where as others only wanted to best her, to break her down,he only wants her to be a better version of herself. I like westerns and this takes me back to some wonderful ones. The horse keeps her dignity and will give him love and respect in return. Well written.

Excellent read (of yours)on Soundcloud Glenn - you add so much atmosphere to your words.
Johnny know his horses - she will serve him well.
Anna :o]

Glenn, you are a magnificent poetic story-teller. I'm so happy I read this piece and heard your audio.

Man! Do you have a voice of hope.

I love everything about this poem. Very visual, and a dream world of many beautiful things.

Great details...I can picture the characters and see the events unfolding. One small detail, one always mounts a horse from the left side, so the left foot would go in the stirrup and the right would swing over (I grew up as a stable urchen).

Thanx, Mary; it's been a while since I climbed aboard one of God's finest creatures; silly me; will fix immediately.

nice setting with the horse... intimate and real

‘pokes hung on the corral poles like crows at a barbecue.

The Cowpokes having a tuck in! You really present them as how most would remember, Glenn! Done with obsession going into the minutest details in all of your writings. Thanks for sharing!

I like the way you describe the relationship between the mare and Johnny. it reminded me of westerns but also other horse stories such as the Flicka Trilogy. A truly epic scene!

Is it really necessary to have so many steps in the process of postinga comment. Many's the time my comments have disappeared into the ether because I mistakenly thought I'd finished.

Love this. An exciting ride! Woohoo!

As a city gal and someone coming in new to the story I did get a little mixed up for a moment.

(as a read only - I understand watching this as a film would solve this):


When I read "sawhorse" I thought of the table not the animal (remember I'm aCity gal here). Also, I did not get a quick grasp on what the "‘pokes hung on the corral poles like crows" were, especially in light of my original view of a sawhorse until I reached #9. Once I realized there were others speaking the full scene finally came together in my mind.

If Graff is the portly foreman and Johnny Eagle is the horse trainer, who is Breed - or was Graff insulting Johnny?

The camera angles leading us to view it exactly as how you want it to be seen.

You gave an excellent descriptive of Graff, enough to get the gist of his physicality but leaving enough out for us to fill in our own blanks. I would have liked a little more descriptive on Johnny as the other major player in this scene other than he's an Indian.

The relationship between Johnny (slow, caring, but detrmined) and Concetta (skittish, wary, yet trusting).

I also like the timelessness of this scene. By not providing wardrobe cues, this easily could have been yesteryear or yesterday.

Over all - a nicely played out scene.

Love the dialogue with the horse! Well done!

Ah.. yes.. the respect of wild of nature in the tame of us in the team of that love and wild we share.. and bring to each other.. with mares and golden manes of love.. wild and free..:)