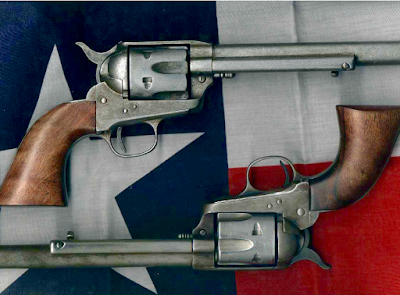 “Sometimes it is hard to realize how much work, over years, was
put into this project, this saga--but when we review, it becomes
evident.”--Glenn.

Thirty-Six: Courtship--Johnny Eagle was a red-brown statue in the
yellow-rouge sawdust of the small breaking corral. The ebony mare
reared up on its hind legs. “Hell, yes, she likes me.” The fat foreman
said, “Damn it, breed, let’s get to breaking this bitch. You’re paid by
the horse, not by the hour.” The Eagle said, “Hang on to your fancy
pants, boss, Johnny knows best.”  The cowboys watching laughed.
The Indian began swinging a rope over his head. The mare bolted
& ran right into the loop. She struggled a bit, then calmed down, as
she was short-staked to the breaking post. One cowhand said, “Watch
her, John. She’s small but snakebite-mean. She stomped the shit out
of Bob Sears last week.” Johnny struggle with his end of the rope.
“ Watch me while I tie a red ribbon to her tail.” The Eagle’s face was
deeply lined, with silver streaks in his long hair, but he had the strong
muscled body of a younger man; chiseled & hairless, with skin smooth
as red soap stone. He wore a knife on each hip, Bowie on the left, & a
throwing knife on his right. “Easy, girl, your wild days are almost over.”
He lit a cigar stub, unbuckled his wide belt & hung the knives over a
sawhorse, picking up a latigo breaking bridle. “Hey, Conchitta, I am
the Eagle, & we need to get to know each other. Soon I will ride you.”
He grasped the taunt rope, & pulled himself, hand over hand, closer
to the mare. “Easy, little one, that’s it, slow & calm--Johnny will not
hurt you.” The watchers grew silent as the Indian stood a mere arm’s
length from the soot mustang.

******************************************************************************
Thirty-Seven: Foreplay--He reached out slowly as the black mare flinched.
He touched & petted her tight neck muscles. “What a beautiful black lady
you are, sleek, small but powerful.”  He inched the bridle over her head.
“Good girl, sweet horse, that’s it. Johnny loves you--and you like him, the
smell of him; you know you do,” She stood still as he touched her neck
again. She opened her mouth to nip flesh & closed it on cold steel. She
pranced & squirmed. He pulled her head down gently. “I will not hurt
you, little one, and when I’m on your back, I will be your lover man.”  He
buckled the throat latch, tossed one rein over her neck, & walked away.
He stood with his hands on his hips, joking with the me on the rails.
One said, “Hey, I got four bits says she’ll toss your red ass in the dirt.”
Johnny smiled & said, “I don’t want to take your money, kid--but do
you wanna warm her up for me?  He turned back toward his dancing
partner, carrying a worn Mexican blanket. “Do you see this blanket,
horse? It smells like your brothers & sisters--and what a nice blanket
it is, pretty yet harmless. Would it not look lovely on your back? Sure,
sure it would.”He placed the blanket on her back in one deft movement.
“That’s it, you’ll get used to it. The saddle is next, then me. What fun. We
will leap for joy, eh?”

***********************************************************************
Thirty-Eight: Bonding--Impatient, the fat foreman said, “Shit, son, why
not let three or four of us hold this stupid hammerhead, then use a spade
bit like everybody else does--strap on some spurs, toss your gear on this
devil cunt & get to breaking her?”  Johnny stared at the mound of
flesh on the fence, like three hundred pounds of bacon fat draped over the
rails. “Because, I like horses, Graff. None of them that I break ever go
wild again, & I allow them to keep their spirit, dignity &
courage.” Graff spat a thick wad of brown tobacco juice near Johnny’s
feet, who said, “You know, you’re lucky you got me today. I wanted to go
fishing; but hey,  I’m out of whiskey, & I need a woman. That takes
dinero.” He picked up a creaky thin saddle & moved toward the
quivering mare. “Look at this, Conchitta. I know you don’t like saddles,
or riders either--but don’t be silly. You are a horse. I am a man. I will ride
you.” She shuffled nervously. He put the saddle under her nose. “Come on,
it smells alright, it’s just an old saddle. Now could that hurt you? Hell no.
See, what a silly horse you’ve been.” He placed the busting saddle on her
back, & quickly cinched it up. “Now, pretty lady--you’re all set, huh?
You got everything except for a rider. Hey, I’ve got an idea, why don’t I
climb aboard & we can dance around a little bit?”
He got a good grip on the reins & saddle horn, stuck his left foot in
the stirrup, & smoothly stepped up into a standing position. The saddle
creaked & the mare snorted as he passed his right leg over her back
& rammed his boot into the right stirrup. Immediately, Johnny felt the
tension gathering between his legs. “Well, horse--it’s a nice day, isn’t it?”

**********************************************************************************
Thirty-Nine: Fury-- Someone threw a rock, & it hit the horse on its
haunch. She exploded under him, bucking violently, but the Eagle
stayed on her. She became crazed; suddenly her hooves went out from
under her, and she toppled over onto her left side. Johnny, miraculously,
got his legs clear & was tumbling away from her as she screamed
with rage, kicking air, bucking, snorting, & colliding with corral poles,
dumping several cowpokes over backward. Johnny fumed, “Who threw
that god damn rock?” A tall unshaven wrangler next to Graff asked, “Why,
hell, what rock do you mean, breed?” The Eagle said, “What the fuck did
you just say?” “What damn rock are you...”  Johnny’s fist collided with
the poke’s chin, & he was knocked off the fence, falling onto some
of the men. Like a puma, Johnny scrambled up & over the fence,
nearly dislodging the fat man. The puncher struggled to get up onto his
knees. The Eagle landed full on his chest, nearly bursting his lungs. The
Indian bounced to his feet. The ruffian groaned as he gasped for air. He
pushed himself painfully up onto one arm, but Johnny kicked the arm
down, saying, “Miserable borracho coward!” He kicked him again, in the
ribs, the throat, the groin, & the small of his back--splitting muscle
& breaking bones. Johnny lifted his bloody head, & pulled
back his clenched fist. “I wouldn’t do that, Johnny.” The Indian whirled
around to face the barrel of the sheriff’s pump shotgun. Joe Hop said,
“You don’t kill a man for throwing a damn rock.”

**********************************************************************************
Forty--Impasse-- Johnny snapped, “OK, tin star, so not today--but on
some other day, I think this one needs killing.” The Sheriff said, “Yeah,
maybe. But not here, not today.”  Johnny pointed at angry finger toward
the flush-faced foreman. “Graff owes me money.” Graff sputtered, “Like
hell, that horse ain’t broke yet--she’s still full of the devil. You lazy red-
butt sombitch, if you climb back over this fence & finish the job, then
I’ll pay you. Otherwise you don’t get shit.” Johnny calmly said, “We all
know you have no honor, but hey, I think that you will pay me, & I
will go to Pedro’s & enjoy some whiskey.” Graff croaked, “You get
nothing, Injun. I won’t pay you a damn dime.”
Johnny, “If you don’t, I will slice off your nickel cock & feed it to the
stray dogs.”  Graff turned to the Sheriff, “Do you hear this half-breed
bullshit? This grease ball has threatened me right in front of you!” The
Sheriff stared at him, finally responding with, “Then pay him only half of
what you owe him & this incident is quits.” During an awkward
silence, Graff began sweating noticeably. He reached into the large pocket
on his vest & pulled out three silver dollars, & tossed them
into the dust. Johnny just stared at the foreman. “Well, pick up your
fucking money, breed.” The Eagle stood tall & held out his right hand,
palm up. Hop said, “What are you, Graff, ten years old? Pick that silver
up & give it to Johnny, or I’m going to run your ass in.” Graff spat,
“Arrest me for what?” The Sheriff said, “For making a jackass out of
yourself, & for pissing me off.” After a moment, Graff said,
“Mr. Bronson ain’t gonna like this.”  A bystander said, “Fuck me. Christ,
what a dumb assed thing to get  upset over.” He was a big man in a
buckskin shirt & a flat black hat.  He bent over & swooped up
the silver.

Posted over at dVerse Poets Pub OLN
Posted by Glenn Buttkus at 8:49 AM

Oh I do like this rerun... you certainly have done a great thing with your work... I just love how this will build up to the conclusion... great writing as usual.

Such good description and dialogue. Clever use of "foreplay" in reference to breaking the mare. I like to listen to books on CD while driving and right now I'm in the middle of "The Streets of Laredo." Your characters would fit right in.

I love the ebony horse!

You've always build your own world of so many great characters and dialogue.
You are a true perfectionist in your work and mind. :)

Thank you for more catch-up, I'll know the whole story finally before the ending. I always enjoy these pieces. This quote especially stayed with me, '“Because, I like horses, Graff. None of them that I break ever go
wild again, & I allow them to keep their spirit, dignity &
courage.” '

Bet a man like that would know how to treat a woman as well...

Fantastic review as ever, Glenn :)

Glenn, this is filled with great imagery I can visualize each scene. I can tell you put a lot of time and effort into this saga of yours. It was written with a pen of deep thought.

Like others, this part of the cinemagenic put me in mind of the way we tame our inner wildness as well. The writing in this feels inevitable, landing on the page fully formed. I could see the film i my mind. I vote for casting Adam Beach.

....... and Eagle also keeps his spirit, dignity, and courage

Amazing writing... so much imagery, colour and drama..love it!

I was riveted to every word. Nice.

These characters, their voices, have beomce real to me! I want to see the movie!

Excellent write. When I was a kid I would read western fiction and watch every film that I could. Not with John Wayne in though as he had the capacity to irritate me. Of the fiction I read - naught was better than what you have written above. So wonderfully descriptive.
Anna :o]

I am just now catching up on my commenta. I always think of Silverado when reading these. Glad for the reruns on this. Helps me to get my thoughts in line for this. Can hardly wait for the movie!