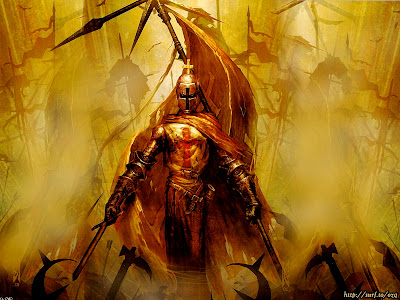 “It is not God who fucked up, it’s the screamers who say
they believe in him, & who claim to pursue their ends in
his holy name.”--John Irving

God has multiple faces,
every pigment of skin,
speaks all languages,

but it never
has made any sense to
me that as

many choose, or
are chosen to follow a
specific faith, they

immediately fan their own hubris,
plunge into pitfalls of elitism,
condescend to everyone named Morris,
& condemn all the other ‘isms.

The world’s religions break down to
the Big Dog Clubs, the strays, and non-members;
33% of us are Christians,
23% are Muslims, 14% are Hindus,
7% are Buddhists, 2% follow Judaism,
about 10% are considered non-religious,
and everyone else falls through the cracks.

Are we all slaves to our own base nature?
If we belong to or favor a sports team,
a fraternal organization, a city, a state, a country--

this somehow makes us feel superior
to everyone else?
We belong, they don’t, so fuck them?

Citing our unalienable rights to fight
for what we believe in, versus what
they believe in, giving us impetus
to declare war on them.

Our Founding Fathers believed that
we should always keep Church & State
as separate entities, & yet throughout history
more wars have been fought,
more lives have been lost,
more blood has been shed,

over religious conflicts than
any other single factor.

Within the US Marine Corps,
in another lame attempt to promote
well-being among troops, they force
those on active duty to fill out
a training document, asking them
to check boxes that pertain to them,

as their commanders hope to prevent
loss of life by monitoring warning signs
like substance abuse, criminal records,
prior suicide attempts, implied sexual orientation,
and the latest is “lack or loss of spiritual faith.”

effect on quality of life & mental health,
and no one is ever allowed to put the word
atheist on their dog tags.

Are there truly no atheists in foxholes
during a devastating mortar attack?
Have there been wars in heaven
as the angels did battle wearing
white or black wings?
Is there a war within our own hearts
between greed & compassion?

Midst the maze, each of us must seek
our own answers, adopt our own conclusions,
and then face the consequences
of those actions--regardless
of what we are told, mandated, preached to about,
dictated, forced, cajoled, or manipulated
by the powers that be.

Glenn, these questions are so interesting and as a firm believer of division between church and state I can not understand how religion still can play such an important role everywhere.

The happiest message I have heard during last year is that the pope declared that an atheist can be a good person too... It all comes down to how you act, not in what you believe.

A friend of mine said once that the secular people of Sweden lived better according to the quran than most muslims do...

ha. between your verse and Bjorns comment...i hear you...some of the more spiritual people i know will have little to do with religeon...or even better people....you are right in that we each must seek our own answers...and choose how we will live....

Glenn, powerful poem written with passion full on in your voice. I admire this poem a great deal. However, it's really not what I was looking for today. I just wanted 4 or 6 or 8 lines playing with meter and line length just for the exercise of "feeling the music". That is not to say this doesn't have the rhythm of your voice but let's say it might be hard to dance to. I can't break it down line by line because yes in every syllable set we can call things iambs or trochees; and yes as in KB's poem they mashed but deliberately to achieve a very definite music.

So, (uhm) that's ok. I started studying this stuff because as I started writing more and more poetry I wanted more tools at my disposal. But you might not need a screwdriver or a hammer for every job. Sometimes other tools are the correct choice. I look at poetry that way.

The poem I wrote for today, I thought, would be best served initially as free verse. But honestly I knew once I put it up that it was NOT a success. I thought I might like to shrink it to a form - a sonnet say - but to keep it parallel, I found I needed to make it a ballad and for better or worse, that's what I wrote today.

This stuff is always tricky I think. Very complex trying to make things poetic, and strong, and stay true to our vision, our art and own voice. Your work always does that

Lots to think about here, Glenn; but I am trying to see how it fits into what Gay wished us to do for Form For All. I might be missing something.

Strong voice in this, Glenn. For me, the danger lies in closed-mindedness and extremism. As far as form, I think whatever a prompt inspires works. There is the strength of your conviction in this poem.

Religion is taken as a political instrument to divide people. Communal cashes are absurd according to me. Every religion preach God but they still fight over this entity they themselves believe in.
There was a poem I read once which said we have already divided ourselves in countries, religions, sects, cultures, etc. but let us not divide ourselves in terms of humanity that resides within us.

You said it!
I.O.W.: Amen.
As long as people believe in something, anything, if only out of self-defence.

You write with enviable passion and great strength
[b.t.w.: and I'm still wondering what this New maths could possibly be :-)]

What strange creatures we are! We make everything into a membership test--sports teams, religious affiliation, sexual orientation, color, bank balance--you name it. Powerful writing!

I'm a member of the UCC, about as close to Universalism as you get. We ask questions constantly. We abhor the war and wept when the FIRST body bag came home from Afghanistan.

I believe that all the nonsense about "are you good enough for God" must end. My sister is a Fundie who freely admits I'm going to hell because my daughter is a lesbian. I'm thinking, "Did you even READ the New Testament?" Jesus, like any other Buddha, proclaimed universal love, not excluding anyone... in fact, he went out of his way to embrace the "other," the street urchins, the homeless (hell, he was homeless by choice).

Christianity has been perverted by the likes of snakeskin-booted idiots who live in mansions and drink only the best. That's not Jesus, nor is it Moses, Buddha, or anyone who was worth their salt as a vessel of creation.

ALL are welcome in the UCC, and we don't slap atheists upside the head with a Bible. Everyone has their own questions - but please, for God's sake, keep our schools free of the bowdlerized Pledge (from the McCarthy era, they inserted "under God" in the 50s) and all religious boo-rah.

I sympathize with troops who have lost their faith, if only because the faith they followed probably didn't allow them to ask questions, to rail at God when needs be. To those suicide casualities of war, I pray their families understand, and maybe choose a church where the pastor doesn't drive a caddy.

Glenn, you NAILED this one... and I agree totally with your supposition about church and state. Amy, a pastor's wife!

Powerful poetry here, Glenn. Thanks for sharing it with me.

It was great hearing you read this. (And intriguing to note that your voice sometimes didn't arrange the lines as they appeared when written.)

I too firmly believe in separation of church and State.

And oh dear, it seems us Pagans must have fallen through the cracks, lol.

Wow. Let me be succinct, Glenn. I am the gong and you are the mallet, man!