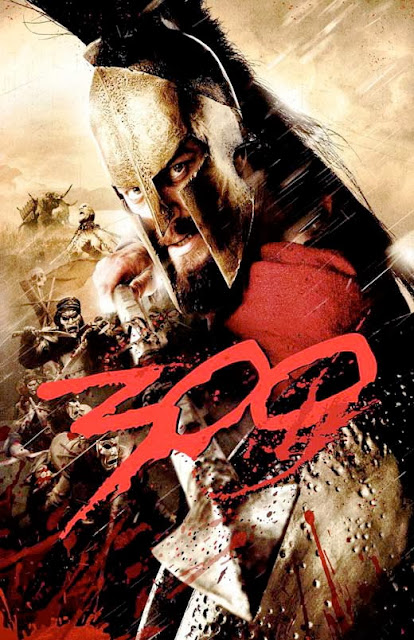 “Go tell the Spartans, stranger passing by,
that here, obedient to Spartan law, we lie.”
--Simonides.

Mighty Xerxes of Persia marched into Greece one day
in 350 B.C., thinking to conquer, and to slay,
but the City States soldier’s battle cry
was “No quarter--preserve liberty or die!”;
the Greeks stood fast, “defeat”  they refused to even say.

Leonidus with his 300 Spartans blocked the way
in the pass at Thermopylae, & were able to slay
Persians by the hundreds, refusing to comply,
shouting “Freedom will prevail!”.

Again & again the Spartans ruled the fray,
until betrayal & a hidden path made them prey.
Persians surrounded them thanks to a spy
as thousands of arrows filled the sky;
their voices were loud as they perished on the clay,
shouting “Freedom will prevail!”.

Posted over on dVerse Poets FFA
I chose to write the 16th century English Rondeau.

Would you like to hear the author read this poem to you?
Posted by Glenn Buttkus at 8:40 AM

Slightly different to the French rondeau most people will be writing, which has the refrain as the beginning of the first line of the poem, but a successful poem nonetheless. I really enjoyed reading it; if only ancient history had been taught so interestingly as this when I was at school ... smiles

first, i love the story of the 300...and have several books that explore the story a bit more....nice using the dialogue as your repeating line....

What a story you have weaved with the rondeau form ~ Brave soldiers, you chose a fitting refrain as they die fighting to the end ~

Well done with the form Glenn ~

What a wonderful story to tell. So vividly and adventurous and with a classical tone fitting the subject ;-) war seems to fit the form.

A tale of the 300 well told Glenn and your reading lends that special something that brings your words to life. Thank you.

with Tony, entertaining yet also insightful and triumphant ~ M

Performance artist at his best. What a difficult poem to construct. I'm glad you declaimed it for us.Great rhyme words and names.

Nicely done--I'm not sure why wartime themes seem to work so well with this form, but you've proven it here. Great poem!

Love your rondeau form, and of course a favorite story gets your poetic touch. Well done! Well done!

A story nicely told with rhyme!

I have seen this movie! and you aptly describe the bravery in this poem.

A powerful battle story well told, but even better--well read. I just re-read it with your voice still in my ears and enjoyed the heightened drama of your words. Also appreciate the introduction to the 16th century English rondeau.

I love to learn a little history along with enjoying a different form of rondeau. Well played, sir.

very nice glenn....if they had known back then that someone would put this into a rondeau.. wish they could read it...

A wonderful story and packed so well here. Agree with tony - only if history had been taught so interesting!...

A great history lesson and you informed and wrote in perfect
form. Exciting and captivating reading. Thanks for the lesson.

Magnus Publicity is a solid, five-year member of the Independent Book Publishers Association (IBPA) and the Literary Marketplace directory, sharing strengths through the expert workmanship and experience of publicists, media strategists, and web developers. Magnus Publicity is prepared to connect you to the world of writing. We help you brand your book!

This article is mind blowing. When I read this article, I enjoyed.

Fucking Spartans, doing what they did best in their loin cloths, helped the Greeks once upon a time at Thermopylae and then they undid the Greeks by, doing again what they did best, winning the Peloponnesian War. The Spartans were tough nuts, never gave in, never gave up. Arts, music & poetry, were big in their education but martial arts were their specialty. --David