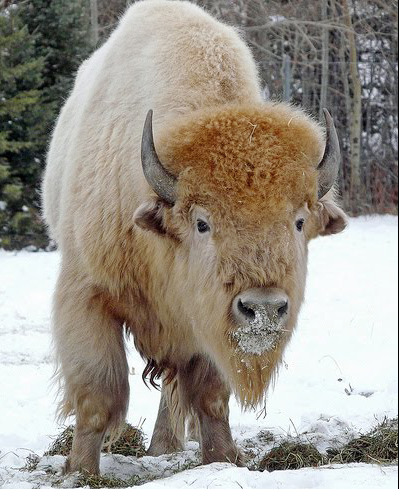 “The death of democracy is not likely to be an assassination
from ambush. It will be a still extinction from apathy, indifference,
& undernourishment.”--Robert M. Hutchins.

1(sound cue) brassy bleats from trumpet, saxophone, & clarinet.
2(two-shot) Buck dove out of the leather swiveling chair, with one
hand jerking off the barber’s striped apron, the other reaching for
his Colt. The barber was standing still, tall & resigned, staring
at his shop window.
3(sound cue) galloping horse’s hooves blended with snare drum
spats, & trumpet snort.
4(close-up) Barnes, stone-still, staring sadly, blankly.
5(sound cue) a shattering shower of glass overlapped by three
shotgun blasts.
6(medium wide-shot) the big plate glass window exploding inward,
the shiny shards filling the screen in slow motion.
7(sound cue) violin scratching stridently, horse’s hooves fading, people
shouting, Cheewa barking.
8(medium close-up, low POV) Buck squirming across the floor through the
broken glass, the Thunderer in his right hand, the lethal sawed off in his
left, working toward the partially open front door.
--Buck: Barnes, did you get elected?
--Barnes (weakly): Not quite, but I got nominated real good.
9(sound cue) pioneer fiddle & acoustic guitar chords.
10(medium wide-shot) Buck struggling to his feet, but remaining in a crouch,
stepping toward the door--Cheewa raced out ahead of him.
11(sound cue) crunching glass under his boots.
12(medium close-up) Barnes lying on the floor alongside his barber chair,
holding his stomach, his apron stained crimson at his solar plexus, lying
in a pool of his own blood.
13(medium wide-shot, reverse POV) the exterior of the barber shop, with
Cheewa boiling out of the front door, running off to the right (camera-left)
--followed by Buck, upright, both weapons cocked, looking left, then right.
14(close-up) Buck, his eyes a bit frightened, startled, some white shaving
lather still on one cheek, smudged into his new sideburn.
15(sound cue) blues guitar chords.
16(crane wide-shot) camera pulling back quickly to show us an empty street.
16(sound cues) saloon piano & harmonica, dog barking, low buzz of
bystanders.
17(reverse medium wide-shot) across the street from the barber shop,
people clinging to doorways beginning to move around, faces
peeking out of windows from behind curtains.
--Bystander: They’re gone for now!
18(medium wide-shot, tracking to the right) as Buck rushes up
to Cheewa, who is standing stiff-legged at the head of an alley.
19(cut to medium shot) the alley, Buck standing behind his dog,
weapons extended, Cheewa on point, alkaline dust settling at
its opposite end.
20(sound cue) blues guitar double-slide.
21(close-up) Buck, his brow furrowed:
--Buck (VO narration): Alleys, alleys, you back-shooting cowards.
You flee like cockroaches, like wharf rats scampering for the
nearest woodpile. One of these days I’m going to cut off your
fucking tails.
22(sound cue) Deep voice: Hold it, right there!
23(hold close-up) Buck closes his eyes.
24(medium shot) camera pulls back, Buck has lowered his weapon
--there is a man standing behind him. Buck froze.
--deep voice: Drop your cannons, raise your hands, & turn around slowly.
25(hold medium set-up) Buck obeys, dropping his Colt & sawed-off
into the deep dust.
26(sound cue) the pistol & shotgun thunking into the ground, drum slaps
overlapping.
27(cut to reverse POV) as Buck slowly revolves around, his hands in
the air, his face expressionless.
28(reverse shot immediately, Buck’s POV) There is a short stocky man
in a shapeless white hat pushed up in front, who has the drop on him--
holding a pump shotgun; blond haired with a thick mustache, wearing
a bright red shirt with the sleeves unbuttoned & rolled up, revealing
heavily-muscled forearms, thick hairy wrists.
29(sound cue) harmonica & guitar.
30(medium close-up) pinned on the man’s black leather vest was a
shiny Sheriff’s badge.
31(close-up) bright blue eyes, knitted brows.
--Sheriff: that’s right, big man...just take it easy.
--Buck: Why the hell are you pointing your scattergun at me?
32(sound cue) Bull buffalo bellow & Indian snake rattle shake.

Would you like to hear the author read this Cinemagenic poem to you?
Posted by Glenn Buttkus at 9:03 AM

i almost forgot we're in a movie... only got reminded when the camera pulls back.. enjoying your storytelling glenn.. and the pub doors are already open

What a bloody ending, at least he survived ~

You are incredibly talented. I felt I was in the scene needing to know what was going to happen next. Fantastic writing.

Oh yes that sheriff is bought and paid for... wonder if Buck can change his mind...hmm another month til the next installment....

Great snippet of film here, a poem for being just this length, a rush or an outtake or something found on the greater cutting room floor. You have a great eye for this sort of lens onto action.

A great way to write, as if in a film. Wonderful, Glenn.

Reminiscent of a script writer with all the goodness of film world billings! Fantastic story-line Glenn. Takes great courage for the hero to face up!

Sounds like you're scripting for 3-D here. With more than a little Peckinpah tossed in. Dialogue was golden. "Elected" and "nominated." ;)

I agree with Beth - always leave us hanging like those Saturday serials. It's illuminating to read your work. I've never read a film script.

This is a great story. I'm bummed that Barnes took a hit though. Hope he makes it. The sheriff sounds gruff, but trustworthy. Can't wait for the next episode!

These are fun to read and I like the audio..wow a lot of work goes into
writing a script and I say sir you
do an excellent job.