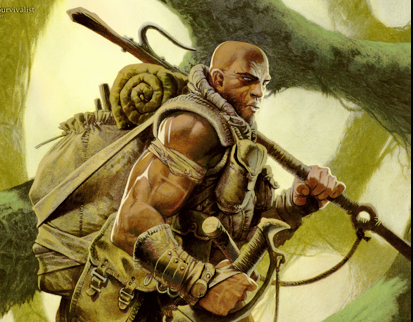 “Life is nothing but a competition to be the criminal
rather than the victim.”--Bertrand Russell.

When I was in junior high,
when Eisenhower was President,
when rock and roll was usurping
all that smooth post-war patter from Eddie Fisher
Perry Como
Frank Sinatra &
Doris Day;
after we came to a non-winning stalemate in Korea,
setting up our own Hadrian’s Wall between
the north & the south, that then we had to provide
boots on the ground to protect & preserve
for the last sixty years;

when V-8s were commonplace,
when you could buy a used car for a hundred bucks,
slap on some cheap re-cap tires,
shake down some pals for gas money
so that you could cruise around town-- there was
this bothersome problem,               still prevalent today,
where gangs of bullies would
take over schools, beating down & victimizing
the weaker & solitary kids. I was always the new boy,
because we moved around a lot.

I was big for my age,
was blessed with above average intelligence,
& decent study skills,
& very good grades (another form of competition)--
big enough to be an athlete or thug,
but smart enough to hang out with the nerds, & as such
became a threat to a pugnacious pod
of juvenile delinquents at Denny Junior High
in 1957.

Four or five of them would catch me
in the gym locker room,
in the halls between classes,
or outside the cafeteria,
or out on the playground--hold my arms
behind me & punch me out,
take my lunch, tear my clothes,
stomp my books, or
break my glasses. Outraged,
I would complain to the teachers,
to the Principal’s office,
to the Vice Principal,
to the gym instructors,
but they would just give me a blank stoic stare, assuming
I was just a big pussy, a cry baby; they seemed
disinterested, or worse, powerless.

I certainly did not realize it at the time,
but that critical situation represented
the cauldron, the forge that
my personality would emerge from,
and it became evident that that was just
the way the World works. The solution
had to be either fists or brains, for
I refused to accept the role of victim.
I decided to utilize both assets equally.

Whenever I encountered any member of the gang alone,
I would attack him immediately, breaking noses,
breaking jaws, knocking out teeth,
kicking knee caps, & pounding
heads into metal lockers;

& when I was sent to the Office for “fighting”,
when we were both sitting in those high-backed chairs
in front of the Vice-Principal, he would take a long moment
& stare at both of us intently;
me, the straight A student defending myself, &
him, the dull-eyed punk who liked to skip classes &
would soon be just another drop-out.
He would be expelled.
I was sent back to class with a slap on the wrist.

I repeated that scenario several times
until I had created a bit of a safety zone around me,
& was finally left alone,
but I knew that I was not a winner
in that sad story line, even when in the cat bird seat;
no, I was simply a survivor, who for a tentative moment
breathed the rarified air on top of the heap,
just before slipping back down amongst the throng,
keenly aware that it made no sense to keep
score, as divers check marks were penciled into
win/lose columns; all randomly, spontaneously,
absurdly, even unfairly, reducing their impact
& tangible importance.

Even today, as a retiree,
I am still more the survivor than the winner
in the game of life, & my scars,
injuries & losses
just make interesting fodder
for my poetry.

Would you like to hear the author read this poem to you?
Posted by Glenn Buttkus at 10:11 AM

Very clever to take on one of those bullies alone, Glenn! And, I think you are right, that was a good way to eventually create a safety zone around yourself. Sad that the school didn't do more before you had to take matters into your own hands. Ah, but it seems in some situations survivors ARE the winners. And you definitely did win in the end. And from what I see you are a winner in the game of life!

Interesting that your response to those bullies involved your brains as well as your fists, an indubitable superiority on theses thugs.
' they seemed / disinterested, or worse, powerless.' - sadly the administration's response is often inadequate and I am sure that nowadays they often give lip service so as not to have to acknowledge they are indeed powerless.

I think being a survivor in high-school maybe equals to survive... certainly I got by being a coward.. running between classrooms and never get caught.. and being small they never felt the need to gang up on me.. :-)

You are a winner in by book because of how and what you write about! Awesome story that touched my heart. Winning and losing are a big part of the race to grow up in our culture..when it's fair and reasonable, it's ok, but when it involves bullying or hurting anyone, it is wrong. When investors win big in the stock market, it is inherently wrong; at a casino, mostly luck; in sports, can define you; and in life, it can kill you.

Aren't we all survivors, learning to use our brains, fists or whatever talent to get away from bullies ~ Sadly the response when you first reported such violence haven't changed much, we will have to fight our own battles ~

And my poetry form is a haibun, smiles ~

I like the implication that the victory is hollow when you debase yourself and behave like the bullies do. That's why you consider yourself a survivor rather than a winner - but aren't we all, all ready to compromise in some way...
As for that last stanza - sent shivers down my spine - so true of poets everywhere!

cool quote up front...and a tough story man...I was in a similar boat...though I did not develop until after high school...good on you for taking it to them...had a buddy that razor knifed one of the bullies in the face....he created space for most of us with that trick...didn't see him for a couple years though....love the creative white space in your poem....gives it some nature pauses to think...and creatively displays lists....

You sir are a master of words and expression.

My goodness does your voice have power and hope. When I read this poem I can visualize so many beautiful memories of the past present and now.

Long poems always make me pause, but I know yours are worth it. Boy, good thing you were big "nerd". It's funny how many of the hardships do strongly shape us. I'm all for the anti-bullying message, but some battles must be faced ... Great poem.

Boy was i ever verbally abused but no one really ever put a hand on me to physically hurt me.. in middle school...

And was a good thing as although i reached my adult height almost at puberty in middle school.. i was all bones and skin.. with no visible muscle at all....

And now at 225LBS and stronger than i ever thought i could be.. i have no desire to fight anyone and will always avoid conflict if possible..

but there are always those challengers that think about it.. whenever competition of reproduction is somewhere in the environment....

I was in Barnes and Nobles the other day and someone accused me of looking like the devil with my eyes.. and it was only strength of resolve of tasting hell.. when challenged about my beliefs in dance and relative free will.....

Anyway.. i enjoyed this true story very much and could feel both your pain and resolve like i was standing there doing what you HAD TO DO TO SURVIVE..and continue to do so....

i do not like bullies and i will take a stand for others when necessary.. and have done that many times before.. and will continue to do that in the future.. but i use wit instead of kicks whenever possible..;)

A powerful story with a message: only the strong and determined win. God help the small and weedy (which I was, but at least I had a tongue)

a survivor, who for a tentative moment breathed the rarified air on top of the heap,just before slipping back down amongst the throng

Very true! Little spats get addressed and get resolved but only for a while and then back again. Life is such one cannot win them all, all the time! But at least it is good to let them know once a while that they cannot have it their own way! Great write Glenn!

ah, big for your age and big enough to be an athlete hang with nerds (whom are the most loyal friends I've had the pleasure of knowing [so far]) that bit of yours sounds just like me... never had to deal with bullies tho... maybe I was a big too big for my age? hahah... I thought this was an excellent story of brains nd punches... In the end, just giving you more to write about - that's a winner...

ugh, I want to correct those few typos I made... it's just about 4am, so maybe I'll head to bed before the ocd kicks in...

Sorry it took so long, before I could read your piece. I was not online for most of my Tuesday and Wednesday...and had an accident recently, from which I am recovering at present.

You reminded me of some of my own memories - how I faced them every time I went to a new school, I guess I am a survivor too.