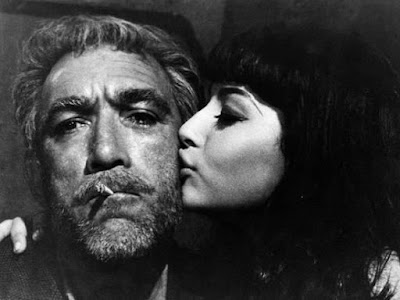 “Experience is simply the name we give our
mistakes.”--Oscar Wilde.

I have many names. They were\are me, and they
are not me. I had to grow into them, try them on
for size, tweak them--before discarding some. The
first name I answered to was Butch--a badass baby
nickname; all boy, all bulldozer. What’s left of my
family still call me that.

In 1943, my mother was 15 and pregnant, and was
forced to get an abortion. Continuing her rebellion,
at 16, she was pregnant with me. She dated a lot
of servicemen during the war. She managed to
convince a soldier she was dating that I was his
spawn. Arnold Bryden was his name. They got
married before he shipped out. He named me
Arnold, after himself, with Glenn, after his brother,
as my middle name.

I was Arnold Glenn Bryden. Arnold is Germanic/
Englsh, from Arnuff--eagle ruler. Glenn is
Irish/Scottish/Gaelic, from Gleann, meaning
“valley”. Bryden is English for “near the valley”.

But old Arnie was a womanizer and wife beater,
who shot himself in the foot to get out of the
Army. She divorced him after five years, and
I had a younger sister. She remarried within a
few months to a sailor in 1949. His name was
Wayne Stilwell.

I became (Butch) Arnold Glenn Bryden-Stilwell.
Stilwell is an Anglo-Saxon name after a region
in Surrey. In kindergarten, I wanted to be called
Butch, but nicknames didn’t count. I would not
answer to Arnold, but I liked the sound of Glenn.

But old Wayne was an unstable bipolar alcoholic
with pedophilloic tendencies. My Mum divorced
him in 1952, adding a little brother to the brood.
In 1953, she married a dashing handsome bad
boy, Arthur Buttkus. He drove a 1950 Mercury
coupe just like James Dean. He rode a Harley,
wore leather jackets and engineer boots just
like Marlon Brando. But he made a good living
as a machinist, and turned out to be a keeper.

Buttkus is German, from Bootenmacher--boot
maker. Old Art was not a saint, but he did adopt
we three kids. My name was changed legally to
Glenn A. Buttkus. I never did find out who my
real father was, or what his name was. I did
find out from a DNA test that I am 68% Italian/
Greek.

“My name is Alexis Zorba. I have other names...
if you are interested.”

Posted over at dVerse Poets Pub
Posted by Glenn Buttkus at 2:17 PM

This was an interesting glimpse into your family's history Glenn. I can imagine you trying out different names and surnames, before finally settling on Glenn A. Buttkus. Not knowing your real father was or his name must have been tough but you are your own man with 68% Italian/Greek blood.

I loved this. Fascinating.

I am glad you found a name that fits. For some reason, I expected you to be more Native American. Interesting...perhaps, in another life your spirit roamed among the people of the land.

Alexis Zorba! Oh my, what a conclusion. So the A initial can either stand for the foot shooter, the Harley rider, or your Italian/Greek god. Brilliant. It's advantageous to be so mercurial (especially for tax evasion purposes.) Haha, thanks for sharing, Glenn.

What a story, Glenn! You did take a while to find your proper name. Glad to hear your mom finally found a mate that was good stuff.

I love this history of Glenn Buttkus and that you've had a small wardrobe of names to try on for size. I have to admit, the idea of Butch the baby made me giggle - it brought a cartoon baby to mind but I can't remember which one.

thank you for this. I like how you were honest about all the different dads you had. you remind me of a baby Incredible, you absorbed all the super powers and strengths from all these men who walked through your life and got dash of amazing from your mother.

Wow! What an interesting history you have with names. I am glad your mom found a more settled life in the end. You are a melting pot of European names. Very nicely done.

Your various names hold your history together. Well told.

I love the story of your names, and the story behind all those names, good that you ended up with a third step father who was ok.

i supPose Glenn.. Names Do Change
As Life goes on and we evolve in
one lifetime to more and
or less than
was and
still is expected
And or limited for
And as us.. hmm..
Perhaps we should all
Name ourselves too
Again when we
find
our
selves
more than less..:)

Glenn is a strong name, easy on the ear and tongue. I'm glad you got it legally changed when you knew who you were most meant to be as a man and what fit you the best.

Dashing handsome keeper, I love that. I am grateful for such bad boys that, even if no saint, (as even saints are no saints), who are a good ending and a solid beginning.