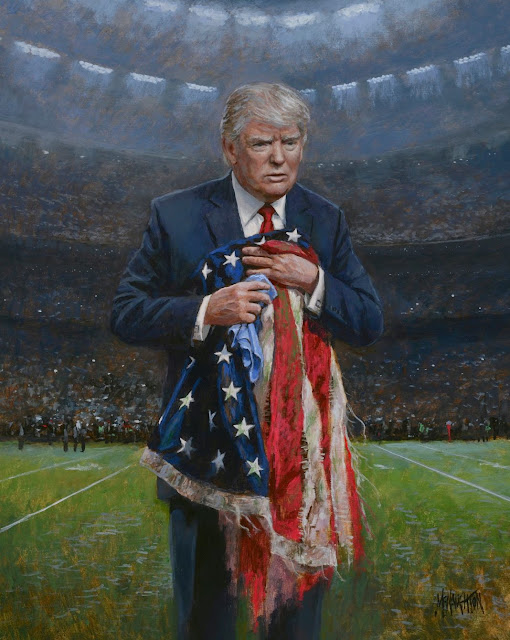 “Until justice is blind, until education is unaware
of race, emancipation will be a proclamation, but
not a fact.”--Lyndon B. Johnson.

How can the state of the Now
shift so swiftly? Yesterday ten pipe bombs were
delivered to many of Trump’s critics; making
it damn hard to remember that
Abraham Lincoln was a Republican.

During the tragic Civil War
the Democrats constituted most
of the Confederacy--such irony
makes it difficult to acknowledge that
Abraham Lincoln was a Republican.

During my own blink of God’s eye,
FDR/Truman--JFK/Johnson--Carter and
Clinton and Obama have been
my champions, while Eisenhower/Nixon--
Reagan--both Bush’s--and now Trump
have been the objects of my rancor, disdain,
rage and disappointment, making it hard
to credit Abraham Lincoln as a Republican.

The last couple of migraine Trumpian nightmare
years, we find the Republicans in bed with
billionaires, despots, dictators, kings, the K.K.K.
and the American Nazis. None of this is balanced
out by the historical fact that
Abraham Lincoln was a Republican.

As Trump continues to trample on
Civil Rights, immigration, our former allies,
women, the free press, and the justice system,
his hypnotized hordes of followers forgive
him his myriad of follies and perniciously continue
to persecute those on his enemies list,
all the while reminding us that after all
Abraham Lincoln was a Republican.

Posted over at dVerse Poets Pub
Posted by Glenn Buttkus at 12:49 PM

Yeah. And Hitler loved dogs. Even monsters have their weaknesses.

I wonder how it have become so partisan... it would make sense to find compromise and solve the problems... I wonder when we will get those type of politicians... currently we don't have a government... it takes forever to form one... but somehow it works well without a lot of changes.

Republicans as a party were different in that day. Lincoln would be a democrat in these days.

Nice use of repetition. Very much highlights the problems with a two-party system that is more an oligarchy than a democratic republic.

American politics is a mystery to those of us on the outside - especially at the moment.

The refrain makes our poetry into music and into liturgy and everything in between.

It is hard to believe that Lincoln was a republican.

Hard to believe Lincoln was one but in those days men had principles. Trump is a category on his own and I can't wait for the results of your mid-term elections.

Too bad men have not figured out that party is not the answer but simply humanity in its truest form of morals, kindness and the doing of good. I liked your poem, however. In those days politicians were not as corrupt and greed driven as they are today.

Bravo, Glenn! So well said. From our perspective in Canada, this is total nuts.

So very well said Glenn. What a mess!!!

I agree with Sara - I'm baffled by American politics.

America is idolised in Asia, Trump is a movie star of the biggest show on earth. but honestly we don't truly understand the deeper workings of American politics and its effects on the ordinary man/woman. I sense so much frustration.

I think Lincoln would have been a Southern Democrat in those days. Oh snap, couldn't do that either. Both parties have played musical chairs so many times, it's hard to know what to think

Abraham Lincoln wasn't always popular during his presidency but history has a way of adding perspective. I hope Americans can find common ground and learn to listen to each other. I often wish we had another party to choose from as Democrats and Republicans have become to polarized.

Brilliant! Love your alliteration in your last stanza, especially! Election day cometh! Let the trampled-by-trump remember when they vote for Senators and Representatives!