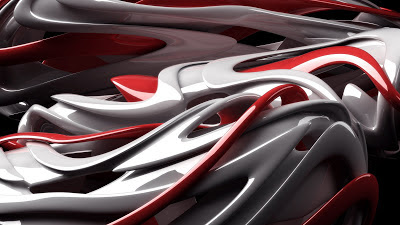 Jesus wept as he said, “Whoever shall humble himself
as a little child is great in kingdom.” (Matthew 18:4)

Those logs of Yule,
cohorts of candy canes,
and devastated forests
are upon us; many of the
children are hushed, awed, and frightened
by the raw pain found in the faces
of Christ on those multi-cultural crucifixes,
grimacing in silver, ivory, and gold.

Confusion reigns as myths and scripture
mingle like newts and mushrooms
in a Celtic Germanic Middle Eastern pastiche,
as every year concludes under an aluminum,
plastic, or dying rootless tree, flocked, bound
in popcorn, icicles, blinking lights, hallmark bulbs,
and wooden ornaments, on a designated day
linked mysteriously to St. Nicholas,
Father Christmas and Tannenbaum,
then catapulted into the sands of Judea--
to shepherds in rags with their sheep,
and spindle-legged camels carrying kings
to a sky full of angels humming hosannas
and bending the light, to wise men mantled
in bright silks standing in animal dung, kneeling
in it while extending their gifts at the feet
of a strangely silent babe sitting up
in its roughly-hewn wooden cradle, while
his mother shivered in the straw, cold and weak
in the shimmering pinlight with the strangers.

Behold as Santa Claus cracks a cruel whip
and magical reindeer from Lapland,
freshly castrated by the teeth of unblushing
virgins, defy gravity, fold back time
and pull a great silver sled across the skies
of the world, everywhere on the planet,
in one night.

Jocular St. Nick always wears his red suit,
fringed in white ermine and baby seal fur,
stretched tight over his girth
like the skin on a German sausage,
the stark white of melting polar caps
and the red drenched in blood,
the red of revolutions, of grievous wounds
of flapping flags, of opium poppies,
and of the Christ to come,
his hot blood wine becoming the chosen elixir
of priests, ministers, and evangelists;
the identical crimson stuff scourged from sinners
and infidels during a myriad of Christmas Crusades,
not that long after it had been raked into the parched
earth of Roman arenas before and after
his thirty-three birthdays, where men enslaved
were prodded with hot irons to do battle
with other men and with beasts, and those other
crucified ones could see from their own crosses
the steel meathooks plunged into heels, attached
to plumed braying burros who dragged
the corpses of the cowardly and the fallen
out the Porta Libitina, no bellicus
on their blackened bleeding lips,
no dirges or prayers, as the corpulent crowds
sat peeling grapes
and waving holiday handkerchiefs.

The frozen Popsicle in the festive stocking cap
standing next to that red tub ringing a tiny bell
outside Safeway said, “A little child shall lead them
in purity and humility.” But I still wonder
if the child won’t lose its way subsisting
on fairy tales, lies, and madness.

Would you like to hear the author read this holiday poem to you?

sometimes with all the fancy and meshed up traditions, we tend to forget whose birthday we celebrate on christmas...

Whoa, Glenn, this is really an opus on hypocrisy. There is a fair amount of it. For me, though, it's the commercialism more than the bloodiness - blood-thirstyness--of old imagery as that seems to be fairly true to life (unfortunately). But you certainly run through the gamut in a very strong and sharp wayl. k.

I completely agree with manicddaily..what an amazing diatribe on what this supposed Holy day..holiday...or whatever it is.has morphed into. Your piece evokes many feelings and truths on so many levels. Not to mention the ending, the hopeful one that must be assimilated...not to mention how well it is put together. Thanks.

i think that often our holidays get so overblown they lose any significant meaning...strong words sir...hope you have a merry christmas...

It is true that Christmas has become diluted or overtaken by commercialism and its 'real' meaning is long lost for many - if indeed they ever knew it.

In my younger days Christmas WAS a time of goodwill - whether you believed in God or not and there was a certain magic to it.

Now the magic is almost gone as is the goodwill.

Nevertheless I do so hope you have a wonderful Christmas!

This is an effective, jarring reminder of what the meaning behind the celebration is supposed to be. Well-written. And you've chosen an apt scripture as a lead-in.

You made us sit up and take notice. And you managed to include every emblem and rite of the holiday season.
I am not nonplussed by what many refer to as commercialism and loss of meaning. I don't think I've ever worried that the love and joy associated with Christmas is diluted by media or retail. I love Christmas. I love the opportunity to give freely, share what I have, embrace those I love and focus on doing better in the future. No bah-humbugging here!

I remember my son asking me about the first crucifix he saw -- and when he was puzzled by the Chronicles of Narnia -- "Why did the Lion have to die?"

It is like trying to tell him why women castrate men. Too early. He would never understand.

It is easier to tell him why some stores have more corpulent crowds than others.

Maybe next year we can discuss the more complexly bizarre.

But that year, my child saw through the bizarreness that I could not explain. He saw through mythical heavens.

Disclaimer: not suitable for children! LOL

"hushed, awed, and frightened
by the raw pain found in the faces"

"Confusion reigns as myths and scripture mingle like newts and mushrooms"

"concludes under an aluminum"

"bending the light, to wise men mantled in bright silks"

"no bellicus on their blackened bleeding lips"

Glenn, this is phenomenal writing. I'm even more impressed than usual. Excellent work, my friend. And happy holidays.

Happy New Year, Glenn! I wanted to let you know I posted a new word list. Here it is, in case you find a bit of free time and want to play: