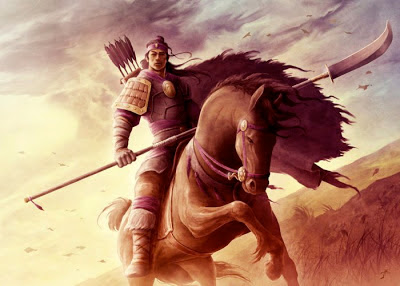 “The true and determined writer will forge forward
with courageousness for the craft--but weaker writers
will give up and fall off the path.”--Daniel Belcher

In the pitch black belly of the night,
astride his loyal wooden desk,
within his writer’s roost, with
his research materials spread about
in piles, ideas scratched upon
brightly colored scraps of paper,

his bushy eyebrows knotted into
a brutish scowl as his dancing pen
created mysterious messages between
grunting behemoths and wire-thin outlanders,
the warrior tribes, their faces & chests
painted with fierce red & black symbols,
their icy stares backed up by their short swords,

just as the paradigms shifted
and primitive flyers filled the urban air;
first pterodactyls, those fearful twig reptiles
whose wings were formed from skin
and muscle membrane stretching
from its elongated fourth finger
to its hind limbs, soaring fossils,
precursors of the dragons of legend,
whose rainbow scales became fur,
and fur became feathers so that
sacred white owls could burst
into purple skies,

while simultaneously somewhere
on the birthing pulsating pages
heroes would rise raven-haired
to hack at injustice, at monsters,
at wizards & villains,

the sweating author struggling
and fumbling with the necessary
ingredients of romance, adventure,
betrayal & revenge among golden spires;

and it had to be something completely new,
while still laden with the seeds sown by others,
a fantasy novel complete with jazz themes,
existential plot elements, graphic sex,
a heretofore unknown language,
undiscovered secrets,

and of course,
something
ripe for the sober blue penciling
of the next dawn.

Epic journey thru the process...and who would dare say that poetry is lost among details...wonderful descriptors, fantastic adventure, worlds woven and destroyed... remnants found in a graveyard of post its and notes...awesome!

i can only imagine what hard work it must be to write a book-- and what fun at the same time-- and oh he's trying to please so many people-- not easy-- not easy-- see, this is why i'm writing poetry, don't try to please anyone and just have fun-- smiles

so have you written it brother? cause i wanna read it...i love fantasy...i grew up on it...its a process as well...writing, you would think it relatively simple if you were outside the process...i mean you are just writing, right? anyone can do that....pshaw....give it a try...smiles....

That is an excellent quote; I immediately knew which category was mine.

My eyes popped open in delight upon reading your first two lines:

"In the pitch black belly of the night, astride his loyal wooden desk"

I knew then that the poem was going to get really good.

Ooh, nice /c/ and /s/ sounds seeping off the page.

Wow, I love this: "scales became fur, and fur became feathers so that sacred white owls could burst
into purple skies"

Your final three stanzas had me smiling hard, loving every perfect word. A couple of the most important elements are always the opening and closing, and they are both very strong here.

Excellent work, as always, Glenn. Thank you for honoring me by continually returning to play with my words. You impress me every time. Sorry for being a day late; I'll do better next time. ;)

Spelunking indeed. What an appropriate title.

I dont know where to start my comment, because am still amazed by this...In a flash between your verses a whole epic heroic wolds is taking flesh and bones right now...and the heroic world of the writer too, of course. The creative process is always breathtaking... I love it all. Its a waterfall of great images and sounds and feelings. I am truly lost in this, will read again and again. :)

You are twice gifted... first with a vivid and fruitful imagination, second with the ability to convey the first. Rare combination. Glad you embrace and share it.

Such a sweet sweet close! I have some fantasy novel manuscripts (well, one!) lying around. Wonderful. k.

I've always maintained that poetry is, in essence, metaphor. And what a metaphor you've hit upon! From the title, to the detailed exposition of the writing life as an exploration, to the close, this is a remarkable journey you take the reader on. Bravo!

the joust between page and imagination so wonderfully said