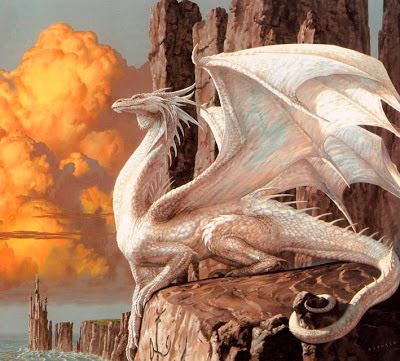 “There are more things in heaven and earth,
Horatio, than are dreamt of in your philosophy.”
--Hamlet, Act 1, Scene V.

I once glimpsed momentarily beyond
the curtain, piercing the veil
as I reclined in meditation,

seeing the orange pennants waving
frantically in the stiff shifting breezes,
bucking aslant to a sea of yellow towers,
a garden of golden minarets, extending
to the now horizon under two moons
and a leprechaun-green sun, perched
peacefully in a perfect pale azure sky,

at a place where my real face shined
featureless and iridescent, where every
particle of truth resided within me,
where a rainbow was worn both
as skin and cloak, before becoming

aware of the soft arrival of a silent
billowing gray-white cloud, seen
first easing out through shiny silver bars
in multiple high windows fifty feet above me,
purposefully positioning itself in a hover
directly over me

as it suddenly erupted with twin bolts
of Kundalini embrace, healing white light
transfered in loving white lightning,
like being frozen
in a Kansas thunder storm
with the sound turned off,
twin metaphysical heart paddles
that salvaged, reconnected, invigorated

followed immediately by new awareness
of a translucent figure standing alongside me,
looking like a glass sculpture of the Silver Surfer;

perhaps my Higher Self that had been ready
to abandon the sad broken hulk,
the dysfunctional mechanism
I had become, only reconsidering
following the psychic blister left
in the air by the white dragon’s hot kiss,

grasping both my wrists as it swung
itself directly in front of me,
pausing for a long moment,
gathering its chi
as it’s shimmering grace
spoke to what was left
of my psychic passenger,

just as it thrust itself
directly at my chest, disappearing
down the rabbit hole of my innards,
recharging & reinventing my resolve,
putting old Dumpty back together again,

slamming shut the portal to the other side,
denying me passage, activating
the second act of my life,
extending my tour,
renewing my contract, but
leaving me astride a steed of pain

as I had to acknowledge
that those lessons unlearned
beckoned benevolently.

Posted over on dVerse Poets-Poetics

Would you like to hear the author read this poem to you?
Posted by Glenn Buttkus at 12:25 PM

nice...that second stanza is like a rainbow of color itself...very descriptive...you had silver surfer and hulk in your post too...ha...what an interesting experience, kinda out of body/other plane...and just a glimpse before the gates closed...a vivid portrait of the turnpoint of life man...

what an encounter...wow...the slamming shut the portal to the other side, denying passage, activating the 2nd act of life...also love the rainbow part...worn as skin and cloak..and i still have so many lessons to learn...

So vivid, exciting... I've had my share of dragons today (saw The Hobbit)...

This one reflects your trance state you wrote it in! Kundalini to teh max.