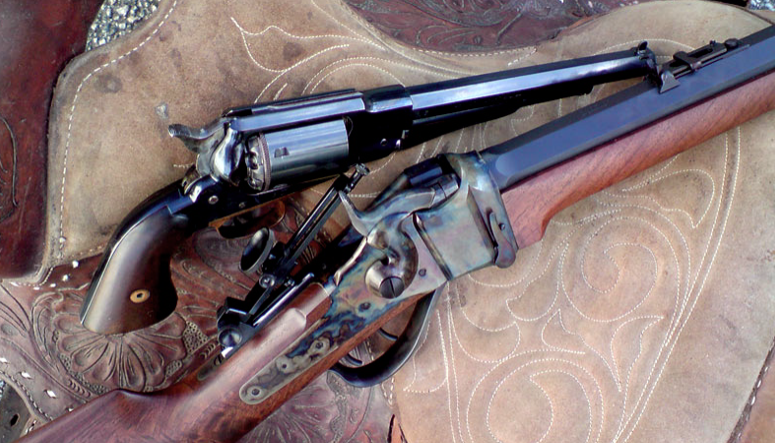 “I told my children that when I die to release balloons
to celebrate that I graduated.”--Elisabeth Kubler-Ross.

1(medium wide shot) Wallace steps up alongside Buck--a comic
moment, for the shorter man could have bit into the red & green
brass cartridges across the taller man’s chest.
2 (2 shot) Wallace’s snowy eyebrows furrowed & crashed together.
He rubbed his dimpled freshly-shaven chin.
--You any relation to Bill Buck?
--Buck: I’m his son--(not looking at Wallace, his gaze into the cold
eyes of Joe Hop).
3(close-up) Hop: Who is Bill Buck?
4(cut to a wide shot) showing us the small crowd.
5(medium close-up) a stout man in a banker’s attire offered:
--He used to be the town drunk. He owned that sweet ranch out
in the foothills above Bronson’ s place.
6(sound cue) pioneer fiddle.
7(three-shot) A big farmer:
--The place has been deserted for years. Word is that Bronson
would like to get his hands on it, but there were some kind of
deed issues.
8(medium wide shot) a moment of silence while the sheriff considered
this new information.
9(sound cue) Spanish guitar & soft singing from the Cantina.
10(2-shot) Buck staring at the lawman.
11(close-up) Buck
--So, sheriff, am I under arrest, or not?
12(sound cue) snare drum.
13(close-up) Sheriff Hop--No, not at this time, Hoss, but stick around
town long enough for me to investigate this ruckus.
14(close-up) Buck: I was planning on it.
15(2-shot) Hop--I still have to look into that incident in the China Doll
too, Slick--so I would advise you to try real hard to stay out of trouble
for a few days.
--Buck: I never go looking for it--it just seems to jump up in front of me
whenever it pleases.
--Hop: Blackthorne is my town, & I don’t cotton to strangers much. So
keep in mind, it you cross me, I will cut you down.
16(sound cue) banjo riff.
17(close-up) Wallace, his face wrinkled with worry.
18(close-up) Buck, smiling slightly:
--Your town, you say? Funny, I heard it a little different.
Bronson seems to be the hairy bear around here.
19(close-up) Hop: I don’t give a ruptured coon’s ass how you
heard it, Mr. Buck (his voice turning cold) I wear the badge, &
I enforce respect for it. If you keep lipping off, I may just slam
your butt into jail for impeding my investigation. I will get to the
shit-bottom of all this, & I’m far from through with you; savvy?
20(sound cue) Indian snake rattle.
21(medium wide shot) The crowd is beginning to disperse.
22(medium close-up) Buck--Well, sheriff, you ride out to Antlered
Buck any time you want. I have come home, & I’ll be staying for
a piece. Am I free to go?
23(medium close-up) The sheriff slid the Thunderer snugly into the
tied down holster as a reply.
24 (close-up) Wallace smiling.
25(medium wide shot) the sheriff handed Buck his sawed-off, which
he slid into into it’s pop-snaps holster. Buck touched the brim of his
flat hat, took the Sharps from the tall deputy & pushed his way through
what was left of the crowd, heading across the street to the general
store with Wallace & the black dog at his heels.
26(sound cue) piano & pioneer fiddle.

hmmm not sure if there is going to be a showdown with the sheriff or they will end up as partners at this point...nice hit to the backstory as well with bucks connection...relations...the town drunk...interesting...

a ruptured coons ass...oh my

As usual Glenn you do a wonderful thing with the form. It is innovative and calls to use many senses and pushes the imagination through your eyes. I mean this will all due respect Glenn, it is a style that, though I am a great lover of film, has lost its excitment for me. This in no way is meant to demean your other poetic accomplishments . Just wanted to be frank with you as you have been with me and appreciably so. Best>KB

Interesting that the sheriff handed Buck back his sawed-off! (At least in those days there were no oozies!) I like the ending with him walking with the black dog at his heels. Perfect ending to this episode.

ha - def. interesting how the story develops... love how you slide in the instruments...the spanish guitar...just the perfect sound for it

OLN now rhymes with being updated on Blackthorne. It always amazes me how much your story covers: characterization, development of the plot, sounds, etc. Do you already have the whole plot in mind or do you pick up where you let off each month?

I enjoy reading these scripts..and I especially like the Spanish guitar
as I image how it would sound.

40 years ago, or more, I wrote an existential Western that never got published, so I use it as my outline, or storyboard. I created Cinemagenic form to be able to share the novel as a movie that only I could make.

always look forward to another Blackthorne scene, Glenn - and the banjo rift made me smile!

Glenn I love this Blackthorn series.. there is always something to be learned.. of Buck's father and the land that I assume is his now.. There are many reason's that he has a mark on his chest. Wonder which way the sheriff will bend at the end... too long between OLN too... (yeah the schedule of noon, confuses me too sometimes)... but we get by..

"-So, sheriff, am I under arrest, or not?"...this asking enhances curiosity and interest...

So a screenplay as well? Great fun you have with allegory, history, truth and fiction. .. feel I'm riding right along with him as cowgirl /actress!

my dad loved the westerns... i sat an watched them as a child... i can't help but think about him when reading your work

I love this series. Love how the sheriff keeps his edge even as he's allowing Buck to walk away peacefully. This has quickly become my favorite part of OLN.

Are you planning on eventually filming your poem? Love to see it!

Even the sounds can be heard in your write. I like the way this reads as though we are standing in the crowd. 'Seems slower when you read it though and I got more out of the read than the listen' just saying. Like reading here.

I enjoy the serial, the pace, the enforced and desired waiting for each installment. Patience means something these days, and you bring it ~