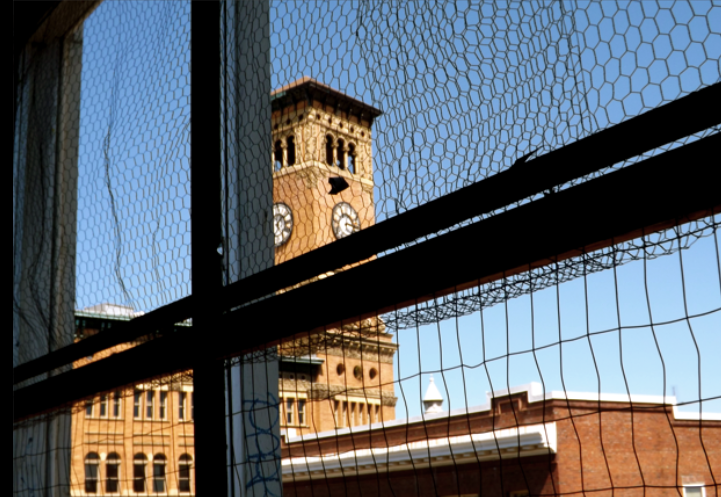 As a self-important Seattle brat during the 50’s,
I associated Tacoma with its aroma,
the armpit of the South Sound; pulp mill paradise--

but after a dark decade living in LA, I couldn’t wait
to return to the NW; & finally did in 1985, but found
no solace, no warmth in the Emerald City.

So I turned my gaze south to Tacoma, a city then
in the midst of regeneration & renewal after nearly
becoming a graveyard, with old City Hall as its
headstone & Union Station as its foot-stone.
I developed new eyes, a bigger heart, a new vocation
here in the South Sound, putting down 30 years of roots.

This is a city known for the collapse of Galloping Gertie,
visited once by Rudyard Kipling who extolled its virtues,
a place where in 1885 hundreds of Chinese were evicted,
marched to the train station & sent to Portland, their homes
burned to the ground, a town where 9 year old George
Weyerhaeuser was kidnapped, ransomed, & returned,
a city that whelped Bing Crosby.

As a retiree, I now am free to prowl the corridors, corners,
& alleys of the City of Destiny, armed with a poet’s sensitivities
& a digital camera I document the wondrous street art,
the state’s largest conglomerate of Art & History museums,
the underside of its bridges, searching for trolls & fire boats,
the new U of W extension campus,
the state’s first electric light rail service;
from the historic quadrangle beneath the clock tower,
below the Italian balconies of the abandoned Elk’s lodge,
beside the majestic Spanish Steps to the exquisite Victorian
homes on the north side, towering over the sparkling row
of fancy restaurants along the waterfront.

It is safer in Hilltop after dark now as fancy Condos sprout
out of the city’s fecund heart like gold-tinted mushrooms,
& we are known as the Gayest City in America;
oh yes, San Francisco has registered its complaints.

I embrace all of it, my Home, my Town.
Seattle can go wallow in its own pomposity,
as I enjoy this place “where rails meet sails”.

Posted by Glenn Buttkus at 2:02 PM