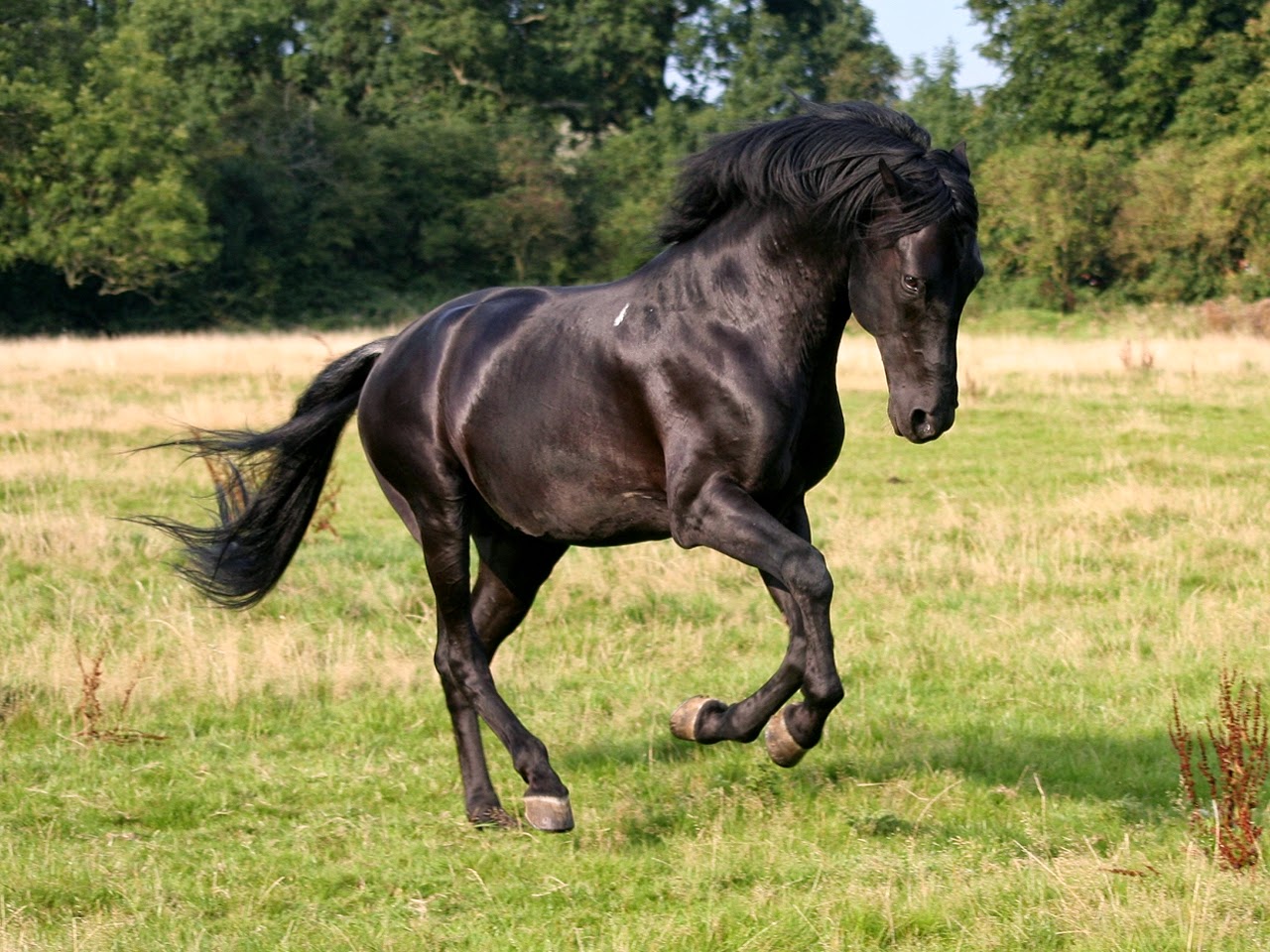 “Thou & I are too wise to woo peacefully.”--William Shakespeare:
Much Ado About Nothing.

1(two-shot) Johnny Eagle stood as a red-brown statue in the yellow
sawdust of the small corral. The black mustang pawed the air with
one of her shapely legs, danced a bit, whinnied deep in her throat
as she began to circle the Indian, who turned smoothly to face her.
2(medium close-up) Johnny: Hey, sweet lady in black, you want to
go for a little ride?
3(two-shot) The ebony mare reared up on her hind legs, then kicked
out hard with her legs as she settled to ground.
4(close-up) Johnny: Yes, hell, yes--she likes me: white teeth flashing
in a big smile.
5(three-shot) Some of the men who were gathered around the corral laughed.
6(sound cue) snare drum & Indian branch flute.
7(medium close-up) the fat foreman: Damn it, breed, let’s get to breaking
this bitch! You’re paid by the horse, not the hour.
8(Close-up) Johnny, his eyes still on the horse:
Hang onto your fancy pants, boss--Johnny knows best.
9(sound cue) an explosion of derisive laughter from the rail riders.
10(cut to medium close up) blood crept into the foreman’s face & neck.
11(two-shot) the Indian loosened the loop at the end of his lariat, & began
to swing it over his head.
12(sound cue) hypnotic soft whirling of the rope over Indian seed rattle.
13(medium wide-shot) the midnight-black mare bolted just as Johnny
tossed the loop, but he was a practiced hand at this & had led the throw.
The horse ran right into the loop.
14(hold the shot, slide into slow motion) the rope slides over the mare’s
head, tightening immediately as the horse bucked & thrashed wildly.
15(close-up) the Indian quickly secured the end of the busting line around
the center post.
16(medium  wide shot) the horse stopped struggling, just stood breathing
hard, quivering its withers, pulling against the rope.
17(sound cue) overlapping bystander voices:
--That’s it, you got her!
--Ride the bitch, Pard!
--She’s all yours now!
18(cut to medium close up) a tall thin cowboy: Watch her, Johnny! She’s
small but snakebite mean--she stomped the shit out of Bob Sears last
week; that’s why they sent for you.
19(close-up) Johnny, struggling to hang on to the rope:
--Oh, I’ll bust her cherry for sure, gents--then tie a red
ribbon in her tail.
20(sound cue) more robust laughter over guitar chords.
21(medium close-up) the frowning fat foreman, his arms
folded, his expression dyspeptic.
22(sound cue) guitar, harmonica, & clarinet.
23(cut to single shot of ) Johnny Eagle, middle-aged, gray
streaks in his long raven tresses, his face deeply lined with
life, with the body of a young man--heavily muscled, hard,
hairless smooth as red soap stone. His colorful vest was
decorated with porcupine quills & snake scales, his pants
were gray elk hide, worn shiny at the knees. A large eagle
talon hung on a silver chain around his neck. He pushed back
his short-brimmed hat, the strap hugging his tan throat. He
wore a thick leather belt with knife scabbards on each hip--the
big knife on his left side was Bowie-wide, a foot-long &
lethal, 3-fingers thick--the one on his right side was a
throwing knife with a buckhorn handle & a tapered well-
balanced blade.
24(close-up) his big hands unbuckling the thick black belt,
its Navajo silver buckle gleaming with turquoise, & let it
drop gently into the sawdust.
25(sound cue) galloping horse hooves off in the distance,
over a hawk’s scree, over a trumpet riff.
26(medium close-up) Johnny: Easy, little one, stay calm, girl--
your wild days are almost over.
He reached inside his vest, then stuffed a cigar stub in his mouth,
struck a stick match on his incisors, lit the stoogie & puffed on it.
He picked up a latigo breaking bridle & slung it over his shoulder.
--Hey, Conchita, Johnny is going to ride you now.
27(two-shot) the Indian took a fresh grip on the taunt busting rope,
as the mare shuffled, whinnied & jerked at it. He pulled his way to
her, hand over hand, saying: Easy there, little lady--that’s it--stay
calm--Johnny won’t hurt you--eessee, eeaassssyy...
28(medium wide-shot) the watchers grew silent as the bold Indian
stood at arm’s length from the skittery soot mustang.
29(sound cue) piano, harmonica, & flute.

Would you like to hear the author read this Cinemagenic poem to you?

Posted by Glenn Buttkus at 8:27 PM

Another stellar installment, had me on the edge of the rail. ~

You really write these horse scenes well, Glenn! I can visualize this one well.

Does every script-writer write so poetically? I doubt it. The way you describe the action and setting makes this so easy to experience. Ride on, pardner!

I liked the addition of the horses and they are full characters in this scene.

I hope this never ends. Each chapter is better than the last but this time, I truly say Johnny Eagle in front of me. wow....excellent writing.

cool how you add the horses to the scene... and of course i loved the indian branch flute... the melody's in my head now.. smiles

yep - when a horse strikes at you with their front legs, they want you dead.

There is a lot of tenderness there - what a man, what a mare...

maybe the music will calm him

Written with such passion, Glenn... only westerns I care about is anything by you.

Oh I love the detail of the blood raising to the foreman's head. Johnny will teach him and ride that mare

One thing that always amazes me about the life in the 'west' of country westerns is how agile the actors are in their bodies to meet the demands of a hand on life...

Truly missing from mine then.. as mostly a pen and pencil pusher.. with instructions on how to move..

no doubt i know for now.. with just a taste of it..

I like this guy, Johnny Eagle. This is a heart-pounding scene. I especially liked the sound cue of the lariat swishing in the air. I could hear it.

Love the interplay between Johnny and the bystanders who offer their advice, but really have no clue how to do the job