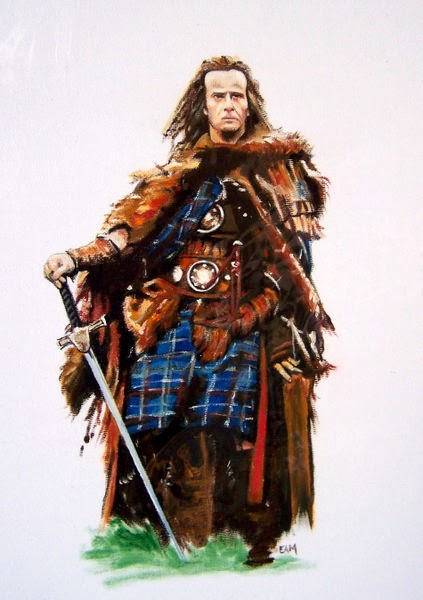 “You were given this life precisely because
you are strong enough to live it.”--Anonymous.

I am from darkness,
and places of magnificent
light, just like the others.

I am from
deep Douglas Fir forests that blanket burly foothills that hunch up
like massive shoulders around seven volcanos, living large on the
lava beds in the Pacific Rim’s Ring of Fire, alongside the vast inland
sea that’s dotted with luscious green fern-covered islands, connected
to the actual ocean by a long wide Strait hispanic tongue that churns
saltwater over hundreds of miles of Sound, bays, harbors, super-ferry
lanes, tides, & playgrounds for passionate pods of orca.

I am from
countless men who have drown, who went down to the sea in ships,
then deeper to eternal rest; always a poor swimmer, but regardless,
fascinated with boats & ships of all kinds, even though the visceral
nightmarish recall of perfect storms with eighty-foot waves haunts me.

I am from
the passionate coupling of a 16-year old singer, who looked like Deanna
Durbin, & a mysterious serviceman who spent one night of eros with the
girl in the back seat of his Buick, before he shipped out for the conflict in
Europe in 1943; a faceless nameless young man who may have lived or
died without me ever knowing him.

I am from
a surrogate father, my maternal grandfather, who was an accomplished
woodsman, hunter, fisherman, artist, & a Socialist; self-taught & brilliant,
who painted surrealistic landscapes, & taught me about history, science,
philosophy, politics & life--& a terrible trio of stepfathers, the first of which
who believed for a time that he actually was my father, until the fateful
day we both realized the folly of that absurd assumption.

I am from
a very long line of muckrakers, loose cannons, malcontents, instigators,
& pariahs--freedom fighters, insurrectionists, teachers, warriors, writers,
pacifists & dreamers--& Scotland consistently captivates the dreamscape,
where I feel comfortable in kilts, love the windswept lochs, & roam the
endless verdant highlands--though, in this lifetime, I’ve never been there.

I am from
places of confidence, of over-achievement, of debate, of lecture, &
of performance--more than comfortable in the front row with my hand
up, or at the podium supported by power points, or on the proscenium
spouting Shakespeare, or happily at the microphone in a dark coffee
house reciting poetics.

I am from my world,
individually unique,
yet willing to share.

Would you like to listen to me read this Haibun to you?
Posted by Glenn Buttkus at 10:49 AM

Glenn, I really enjoyed the detail and the images of who you are. Interesting how the fascination with water carries through your blood. I can also see how strongly your maternal grandfather influenced you; and I enjoyed reading about the Scottish influence that you feel so deeply as well. I can definitely picture you as someone in the front row with your hand up. Smiles.

Wonderful.. there is a contrast between the highlands and the sea.. a set of men and women who did not always floated with the stream. In the complex of out beings the veins of consistency flows that is only visible if you see it through the years of history.

oh heck.. quite the story.. a bit sad that you never had the chance to meet your father but wonderful that you had a grandfather that you seemed to have had a great relationship with

Glenn - what a portrait - love your personal poetic history and the stanza 'I am from a very long line of muckrakers...' is fabulous!

Incredible detail and how it shines through your poetry - the sea, the woodsmanship, the wildness and the intelligence. A long line of muchrakers...oh yes. Where we came from does so influence us and where we are going does also. And the things given to you by your grandfather and the pride...so amazing.

Glenn, what a marvelous write, a privilege to read it.....thank heaven for grandparents, right? Somehow we made it through and I love your closing.....I can see you at the mic reading your poetry, the soft lights on you, the listeners all rapt.

That first stanza is written like a love letter to nature. I read it over four times and found it full of passion and zest and beauty. Glorious.

This is such a good write, Glenn. I like that grandfather of yours and the ending is simply perfect.

The detail in this piece was wonderful. It almost seems like a mini biography. There are a lot of meaty characters illustrated here that I'd like to know more about.

Wow, Glenn.... the level of detail, the descriptors are so intense, so deep.... I literally just had visions of men on an 18th century sailing vessel battling an horrendous storm.... I call that an "out of body" read, though that's not accurate. It's really better described as my immediate surroundings completely fading away and being replaced in 3-d living color by whatever the writer's vision is explaining. I'll add that very few writers do that for me... Excellent writing...

Thank you for sharing your world, just marvelous with the audio

You are made of many things. I am from the deep Douglas Fir Forest This place sounds inviting. Sad you didn't know your father, but I think you became a wonderful person especially being a teacher who helps his students to see.

Have a great evening..

Ah yes.. the wealthiest of philosophers often have the deepest fore bearers of all.. and that reminds me of the foreign diplomat.. my x-step mother's husband that in this way is still a father to me.. long passed on.. with a vigor for saying it all with no hesitation..:)

Sadly.. they are a lost lot.. always welcome to me..

in all the corners of now where they still exist.. friend..;)

This is a fabulous write, full of detail and depth! I think the image of the hardy and hearty Scotsman fits you well.

great piece, Glenn. The lineup of those you are from...the good, the bad, and everything in between. Nice!

I was just listening to a lecture on prose poetry the other day and thought of you - you certainly have it nailed!
I particularly love 'a very long line of muckrakers, loose cannons, malcontents, instigators' and that final stanza (paragraph?), which I can really relate to.

Wonderful story telling Glenn. I wish you could have met your father - but I am sure you glimpsed a lot of him through your grandfather.

this is an amazing portrait painted in deep bold lines of details.."I am from
the passionate coupling"..this is described with a yearning that touches deeply...and the end haiku is a great surprise..wow...that makes it a rich haibun....

Nothing ever reads better than something written sincerely and passionately from the writer's soul. I find this here in this revealing poem. Thank you for sharing the sharp details of what makes you You. Enjoyed this delightful poem.

wow, so much history there. so you're related to Mel Gibson. hmmm....wonder what that is like ;)


My Brain is a Cheap Gadget That Spins

Your life story has the ring of a romantic adventure--a wonderful way to look at a life well lived.

you are the wordsmith - who spins magic from the air...

stunning, Glenn! A man doesn't need to know--or in my case, even like--his father to become a man I believe. Props to your Grandpa for taking on a roll that is nonetheless very important in a boy's life.

This was so rich in detail and description. A very generous glimpse of where you came from and a pleasure to read. I like how you brought us from birth to present time.I would love to live in the Douglass Fir Forest.

Of all that you are and come from, I think there isn't a doubt in anyone's mind that you are a renaissance man, a grey hair for every concern for the world, all you have learned, and aches in your heart..yet a heart of gold who reads for the public's pleasure a reservoir of treasured stories and romps.

I would have not expected less... it is obvious from your previous writing where you have come from... and with so much drama... nice write