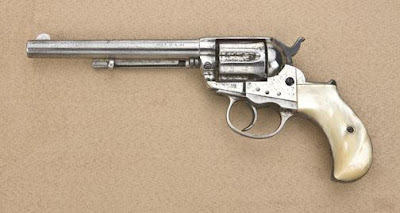 “Courage is in the air in bracing whiffs--
better than all the stalemate ifs.”
--Robert Frost.

1(Medium close-up) Thor: I’m not interested in
dirtying my hands by touching you. I don’t touch shit.
2(two shot) Buck, over Thor’s shoulder: So let me
get this straight--you’re afraid to use your fists?
3(two-shot) Thor, over Buck’s shoulder--clenching
his jaw: I said, I fight with my gun. You know what
a gun is don’t you buffman? You got enough iron
hanging on you to lame a damn mule.
4(sound cue) piano & harmonica.
5(medium close-up) Buck: Well...what if I don’t
feel like fighting today?
6(close-up) Thor:  What?
7(cut to overhead drone shot) the whole crowd
standing in the street.
8(tight close-up) Buck: What if I just don’t feel like
killing you this morning?
9(two-shot) Thor, over Buck’s shoulder: I would
have to say that your feelings don’t mean shit
on this street today.
10(medium wide shot) Buck: Look around you,
gunfighter. The whole town is watching--dozens
of witnesses. A town pretty much owned by your
brother, I grant you, but maybe today will be
different. Maybe today if these folks see you
kill a man in cold blood, a man who refused to
fight you, maybe they will become angry, and pull
down on you, and shoot you to pieces like a
rabid skunk.
11(sound cue) banjo & snare drum.
12(medium close-up) Thor: I wouldn’t bet my
life on it.
13(two-shot) Buck and the Eagle--Johnny:
Shoot him in the guts!
14(medium wide shot) Thor tensed, but didn’t
budge. Cash looked on, smiling, his hands on the
fence for all to see.
15(medium close-up) Thor: Don’t think that
I won’t pull first.
16(two-shot) Buck, over Thor’s shoulder: Oh,
I know you are capable of murder, but I don’t
think you will do it today.
17(close-up) Thor: I’ll shoot your eyes out!
18(close-up) Buck, calmly: OK, asshole--
now’s the time.
19(medium close-up) Thor’s right hand began
to move. Stop! someone yelled.
20(medium wide shot) Sheriff Joe Hop stepped
out of the crowd, with a scatter gun aimed at Thor.
The tall deputy, also armed with a shotgun, stood
on Hop’s right, holding on Buck.
Cash Bronson: What are you doing in town, Joe?
Joe Hop: Keeping the peace.
Bronson: Seems like you’ve had a bad case of that
lately.
Hop: It’s time.
Bronson: You don’t say. Time for what?
Hop: Time for someone to say no. Buck is saying
it, and I‘m backing him.
21(close up) Thor: So you’re going to nursemaid
this sorry sonofabitch?
22(two-shot) Hop over Thor’s shoulder: Yeah, it
sure looks like it.
23(sound cue) Indian seed rattle.
24(close-up) Buck: There’s only four of them.
25(two-shot) Hop, smiling then drawling: Yeah,
I know--but some innocent bystander would have
got plugged sure as hell. So I figured to stop it.
26(medium close-up) Thor: Is it stopped?
27(two-shot) Hop: It is--unless you want your fancy
belt buckle blown out through your ass.

Posted over at dVerse Poets Pub OLN
Posted by Glenn Buttkus at 12:46 PM

I love it... not a shot being shot... sometimes you just have to cool off, though I doubt Thor will accept it in the long run...

My head has been in politics today, and I'm thinking this is just the approach someone needs to take to shake things up.


Your last line was hysterical!!

Well that was an unexpected outcome. But maybe not today, but maybe some other time. I think he is using some mental games.

I'm sorry I haven't been following this. A long summer cold is not a good excuse. The 'courage in bracing whiffs' gives this tale its bite and fullness, which I love about your writing.