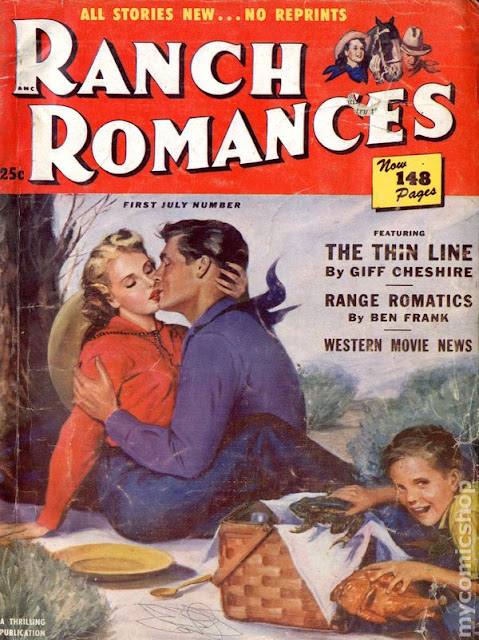 “Be willing to be a beginner every single
morning.”--Meister Eckhart.

1(wide shot) The ebony carriage climbed for a
half mile through clumps of fir and aspen, past
small glens dotted with riotously colored wild
flowers. The air was sweet with fir needles and
shaded grass.
2(cut to medium wide shot) a verdant meadow;
a Mule deer doe grazed peacefully with her
spotted fawn.
3( raise up with crane shot) the carriage passes
from right to left across the frame below the deer.
4(cut to a tighter shot) the deer; the doe raised its
head, and twitched its long ears. The fawn hopped
into a swarm of yellow butterflies on its spindly
legs, wagging its white tail.
5(overhead drone shot) The carriage dropped down
between two large oaks.
6(sound cue) piano and cello over horse’s hooves
and spinning wagon wheels.
7(continue overhead shot, but begin descent)
They were greeted by a small lake, its water
shimmering blue-green. There were crowded
clusters of cattails at the far end of it, with
spiraling swarms of blackbirds flying above
their Spring nests, clucking in the reeds like
complaining chickens.
8(medium wide shot) the carriage rolled to a
stop at the water’s edge. The man and the
woman got out. Salina was carrying the picnic
basket and a gingham quilt.
9(cut to a two shot) from the water. Buck suddenly
drew the Thunderer and fired a shot into the air.
10(sound cue) blast of a coronet, Buck yelling
“Yahoo”, and the thunderous crack of the big
pistol echoing across the still water.
11(cut to wide shot) the cattails exploded, and
the sky darkened with blackbirds. The flock
murmurated in the air like a sidewinder, rising
straight up, before descending in smaller and
smaller circles over the lake, winged alacrity
as they settled back into the reeds. A minute
later, the sky was barren of birds, and  their
frenzied cackling resumed.
12(sound cue) piano and violins.
13(cut to two-shot) Salina: Christ in a wheel
burrow--did you have to do that? I may have
wet myself.
Buck, turning to her, shrugging his shoulders:
Yeah, I kind of did.
Salina: You can be a bad boy sometimes.
Buck, smiling: You bring the best out of me.
14( medium wide shot) Salina spread the blanket
out in the deep shade beneath a brokeback oak,
and opened up the picnic basket--extracting a
pair of tin cups; she asked: Is the water in this
puddle good enough to drink?
Buck took the two cups to the lake and scooped
up cold clear water. He tipped one up, and gulped
a swallow: It’s fed by mountain streams. My
horses drink it.
She tucked a linen napkin into the neck of his
shirt and they began to eat. I used to come up
here, she mumbled around biting a piece of
chicken: I would fish and daydream. You were
gone, of course. I had never met you, but your
father talked about you a lot. He was a helpless
old man at the end.
Buck: So I’ve heard.
Salina: He used to say that everyone he loved
was dead--except for you.
Buck: Well, he was confused. He was dead to me
long before he passed out in the street and was
crushed by a lumber wagon. If he loved me, he
had a peculiar way of showing it. It took me
forever to heal my own broken heart.
Salina: I’m not saying you were right or wrong
by leaving. I’m not in a position to judge.
They finished their meal. Salina packed the garbage
in some butcher paper, and tucked it into the basket.
Buck was skipping flat rocks across the glassy
surface.
Come here, she said.

Posted over at dVerse Poets Pub OLN
Posted by Glenn Buttkus at 3:42 PM

SOOOO much here in this installment!
"“Be willing to be a beginner every single
morning.”--Meister Eckhart." LOVE this quotation you've chosen to set it up.
LOVE the long introductory description of the setting....indeed setting the scene for lovely Salina to set out a picnic basket and cloth and then
BOOM
Buck destroys the mood! I sure don't blame her for being miffed at that -- and the birds all flying up were ruffled as well!
But most interesting to get some of Buck's past history in this installment...IE his father. Salina's words about him and then Buck's reaction. Very telling indeed.

That ending is such a great invitation for more. But after a wonderful picnic like that there has to be some desert... the way you described their approach was just lovely

Oh this is absolutely stunning in its romance and heart to heart conversation between Buck and Salina at the end. I have a feeling she might influence him to change his perspective and finally forgive his father for what he did in the past.❤️

Was intrigued how you would handle a scene like this, Glenn... but needn't have worried - your delicate, carefully nuanced treatment came sailing through, with real style. Would love to see your well-polished mastery of the genre realised on the big screen one day...

I love that ride through to the lake. So idyllic and peace-inducing. Why did Buck blast the gun? I'm thinking it was to either let his pard back at the ranch know they got there ok or to scare off any mountain lions, bears, etc? I don't think Buck would shoot it for no reason? I love how this ends. Imagining what Buck is thinking as he skips the stones, and knowing what Salina is thinking...

p.s. Happy 75th Birthday tomorrow, Glenn. I hope you have something special planned for yourself.

I kind of wonder why he fired the gun as well, but I guess he was celebrating in advance that they were both going to get what they wanted. It does stand out after all the description of nature and makes the story shine.

Happy 75th birthday Glenn! Cowboys and folks in the country always fire off guns to celebrate - celebratory gunfire. Guess they finally got what they wanted, hey?

Toni has nailed it--Frank and Jade. It was just spontaneous exuberance, something a man of those times, wearing a side arm,, would due for fun.

So, the romance is heating up for Salina and Buck. You have created the perfect place for a picnic. The ending sounds like an invitation for a kiss or perhaps something more if the hearts are willing.