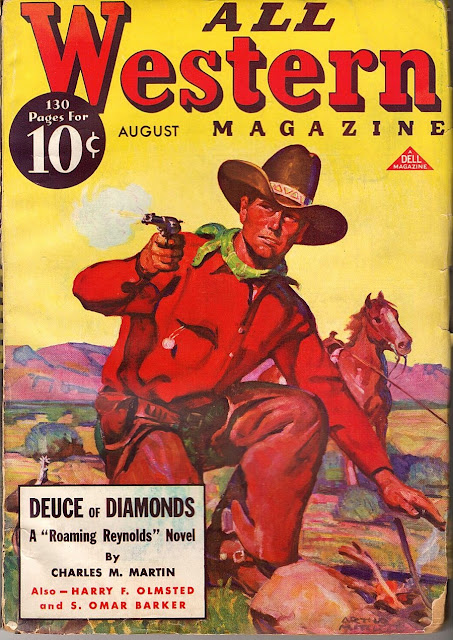 “He was a silent fury who no torment
could tame.”--Jack London.

1(sound cue) guitar and harmonica.
2(tight three-shot) Mateo moved his lips, but
there was only a gurgling from the saliva
bubbles that filled his mouth. The charro who
held his head said: It was Ramos.
3(close-up) Buck’s eyes.
4(flashback) Buck remembered the dark limping
figure in the street.
5(four shot) A large Indian, who stood beside
Wallace, behind Buck, volunteered: All this
because Mateo was a good friend of Johnny’s.
A lean vaquero walked past Buck and yelled:
Who will help me carry Mateo next door to the
Doc’s. We need to do it right now.
6(sound cue) branch flute.
Four men stepped up and helped the vaquero,
struggling with Mateo’s short heavy body through the
battered swinging doors. Many of the men had
helped carry Johnny up those stairs hours
earlier, now had an encore performance.
7(sound cue) Heavy boots and loud voices.
8(wide overhead crane shot) Buck and Wallace
moved over to the small plank-topped bar.
Wallace walked around behind it and poured
smoky white tequila in a pair of smudged red
shot glasses.
9(cut to medium two-shot) The older overweight
whore sat in a corner, in the shadows. The younger
thinner prostitute had her pretty head in the wide lap
of the other.
Buck could hear them weeping sad soft tears. He and
Wallace gulped down their strong drinks.
10(expand the shot) The big Indian, who had spoken
before, approached them. He had small dark eyes and
heavy brows. He smelled of bear grease in his hair. He
wore a large knife, and an ancient Navy Colt in a scuffed
cavalry holster. He asked: Are you the Buck?
Buck nodded yes.
It was Ramos, who works for Bronson, and a
black man I do not know.
Buck: Are you sure?
Indian: Damn rights, it was Ramos with the voice
that is broken and the bad leg. I heard you know
him.
Buck: Uh-huh, we met.
Indian: The other was a skinny black man, wearing
a Buffalo Soldier cap, with a big scar on one cheek.
He did the talking, but it was Ramos who shot
Mateo twice.
Wallace: We heard three shots.
Indian: The black man shot once into the ceiling to
get our attention, and then covered us as they left.
Buck: But why...why did they shoot Mateo?
Indian: Mateo had been drinking. He was very sad
and red-eyed with anger about the Eagle. He was
saying that it was Bronson who was responsible,
and that this time, if Johnny dies, Bronson would pay
for it. Many men drank with him, and agreed with him.
Then Ramos showed. I guess his men watch the
town tonight. The buffalo soldier called Mateo a liar.
Mateo yelled that no man called him a liar, then
Ramos shot him.
Buck: Did Mateo have a gun.
Indian: Yes, a derringer in his buckle.
Buck: Did he try to use it?
Indian: No. It happened too fast.
Buck: This is the way you saw it?
Indian: As did every one in the room.
Many sombreros nodded.
Wallace: Will you tell the sheriff what you witnessed?
Indian: Yes, though I do not care for him.
Wallace: Will others back you up?
Indian: The brave ones will.
Wallace poured the Indian a drink. Buck stood staring
at the door. The women wept.
Wallace: You’re still waiting, ain’t you?
Buck: No, heading for the street.
11(sound cue) Indian seed rattle.

posted over at d'Verse Poets Pub OLN
Posted by Glenn Buttkus at 4:11 PM

Oh the bodies are piling up... it seems like most of the town is against Bronson now... maybe it will not be easy to get out of this...

Well....for some reason my comment didn't print! Technical guru I am not.

My comment was about the two lines....will they back him up? The brave ones will. And how those two lines reminded me of John McCain's thumb down on the vote to rescind Obama Care. Oh to have a few more folks with his courage these days.

I always enjoy these installments....I'm most fond of Buck and Salina! :)

As usual, you paint the west with an expressive stroke that is both familiar and new!

You left me wondering what Buck will do next since he's not going to wait any longer.

I'm always happy to be in your world of the west and seeing Bronson being hated by the town people. Gosh! Can't wait to read the next one. :)

That's really messed up, how boldly they walk into a populated public place and shoot down a beloved figure in the community. When the prostitutes are crying over his getting shot you know he was a halfway decent guy. I hope that he takes those guys with him for the showdown with Bronson. Not a place to be going alone.

I love the image of the sombreros nodding.

Sounds like a cold blooded shooting to me! Revenge will only bring more!

I felt like I was listening to the old upright radio in my living room, many years ago!

Buck will most definitely avenge Mateo, every bone in his body is affirming to it. Can't wait to read what happens next!💝

I enjoy these so much. Thanks for posting. Why is only the brave ones will back one up? This applies to so many areas of life.

The opening shots in this instalment are powerful, Glenn, the shift from Mateo’s lips with saliva bubbles to the close-up of Buck’s eyes. I also like that ‘Many of the men had helped carry Johnny up those stairs hours earlier, now had an encore performance’, which makes the scene all the more poignant. This won’t be the end of it. I also like ‘Many sombreros nodded’ and the way the episode ends on an Indian seed rattle.