Send in the Warriors 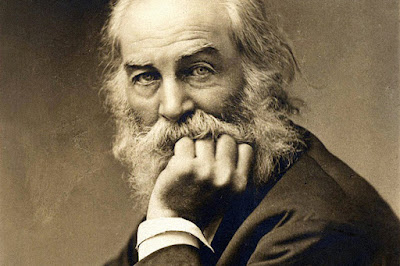 Send in the Warriors

“Deep down, all of us are Warrior-Poets.”
--Karl Wiggins.

Having nightmares of Harry Potter Dementors
added to worries about paying the mortgage,
and fears about just going to the store,
feeling as if bound tightly with cordage,
snacking hard, cupboards to forage,
eye strain from too much internet surfing,
becoming hoarse from loud cursing;

hunkering down as in a nuclear war,
those corona droplets aping radiation,
staring every day at a closed door,
struck mute as an entire nation,
people attacked by a viral ablation--
we must pray to all our gods
in a country run by frauds.

Even so we are all human,
and there is nothing we can’t overcome,
for we are the yolk, corona is the ovalbumin.
We are not defeated, or struck dumb.
there’s hearty ancestors we’ve sprung from.
It’s not how many times we’re knocked down,
but rather how much courage found.

Probably there’s never been so much fear
on the entire naked infected planet,
losing many things we hold dear,
our resolve must turn to granite.
Not since our species was lanate
have we faced a fiercer foe,
but either we will stay or we will go.

Posted over at d'Verse Poets Pub
Posted by Glenn Buttkus at 12:35 PM

Good point. What counts is our courage not how many times we are knocked down.

Four seven-line stanzas – amazing, Glenn! I didn’t realise there were wo many side-effects from self-isolation. I have nightmares and eye strain, too. I received a letter from the NHS today, advising me to stay in self-isolation for 12 weeks! We could all end up stir crazy. But we’re not defeated yet!

Ha! I knew you would not contain yourself to just seven lines. As an extreme introvert. I find myself thriving in this self isolation and social distance.

The rest of your poem is chaff to the last line. Things just got real.

Nicely done Glenn... A word picture well painted. I am glad you found a glimmer of hope in mankind.

t’s not how many times we’re knocked down,
but rather how much courage found.

Nice one, warrior poet!
Yes, we need to face it anyhow.

I like the way the stanzas circle around. And land on the crux of the matter. (K)

I'm in awe, I compare your 4 times 7 and my in the moment 7... the difference is like an eight years old compared to my aged but educated. But I haven't written poems and won't let your splendour dampen me, but take part in light, as a warrior might. Had to google "ovalbumin". :-) You are an inspiration!

Very impressive with three stanzas! I could only spill out one. 🙂 I loved the last line. Yep.

I knew you wouldn't be able to resist a multiple of seven! Nicely done, though, some very dashing rhymes here, and you pretty well sum up the situation we are in.

Just exactly what Toni said. Except for not getting to see my family in other states I am fine with this social distancing and I couldn't imagine just a seven liner from you. You don't disappoint - three times the fun but then again I suspect, being an actor, you are full of words to over spilling. Wonderful work as always.

Written as only you could Glenn, you have expressed so much that I feel. Finding courage to face each day and of course just going out requires a shield of armour.