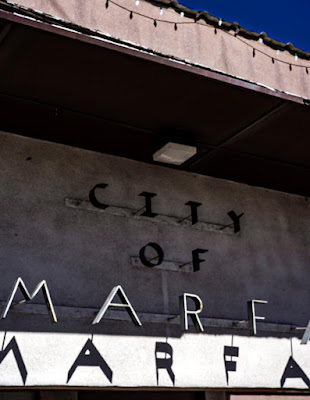 “Science reckons many prophets, but there is not
even a promise of a Messiah.”--Thomas Huxley.

“Nothing shall befall us, except what God has
ordained.”--Jesus Christ.

On Twitter yesterday: Yes, I have risen, yet again.
Tomorrow, I will make a public appearance in
Marfa, Texas--J.C.

Why Marfa, TX, many thought? The tiny town made
famous in 1956 when they filmed GIANT there. Good
Friday , Easter, and now this?

At dawn there was a fifty mile back-up of cars
streaming down the two-lane blacktop from I-10.
In the fairgrounds they found a stark pinewood
platform erected at the base of three 40’ crosses.

People came in masks, and they kept six feet
between themselves. They carried coolers, camp
stools and beach chairs. No one said a word. They
exchanged furtive glances, and watched the cloudless
blue sky. Soon there was tens of thousands gathered,
there, like an inaugural. By twilight nothing had
actually happened. The silence prevailed. No one
left and no one came on the bare platform.

Posted over at d'Verse Poets Pub
Posted by Glenn Buttkus at 1:14 PM

If "J.C." had shown up for these folks, what would it say about his daddy? Maybe we have God all wrong?

You have captured the futility of this so well in your story! I can see it now! They have more fun at the burning man gathering out in the desert!

Oh, but this is absolutely perfect Glenn!

I hope no one takes that tweet and spreads it around...(K)

Would they have recognised him even if he did show up? I saw a photo of a statue of "the Homeless Christ" outside a church, Jesus, laying on a bench, homeless. One woman called the cops, thinking it was a real homeless person. Maybe we don't see what is, because we see what we expect.

This reminds me of a short Tunisian movie called Obsession. It's a lark with a healthy dash of seriousness (read rationality) in it. Look it up, you'll love it I'm sure.

It’s amazing what a simple tweet can do! A well-imagined hype, Glenn. I like the realistic detail of:
‘People came in masks, and they kept six feet
between themselves. They carried coolers, camp
stools and beach chairs.’

This is a tale that could very well happen... twitter announcement and the pandemic panic of pale riders can very well make this happen.

Good poem, all I can say I think have been said. The futility, the actual possibility that this might happen...Great write!