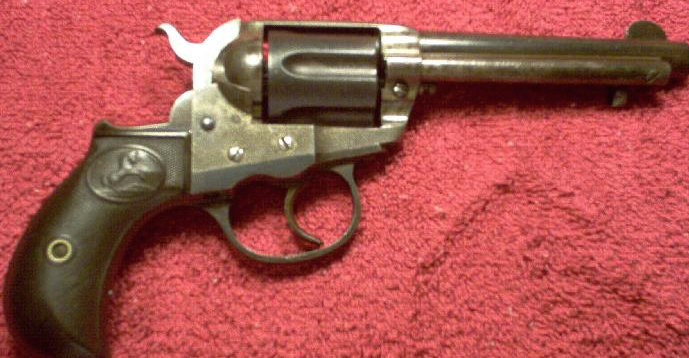 “I would rather hear my dog bark at a crow
than a man swearing he loves me.”
--Beatrice from MUCH ADO ABOUT NOTHING.

1(two-shot) over Wallace’s shoulder.
Buck: I’m obliged to you.
2(medium close-up) Wallace: For what?
3(close-up) Buck: For befriending a man who didn’t deserve one.
4(two-shot) over Buck’s shoulder.
Wallace: Deserving had nothin’ to do with it.
5(sound cue) saloon piano.
6(medium close-up) Buck, staring a his cup as he sipped the spirits,
then looking up: I need to clear the air. My Dad & I were just not close
before his death, so it is good to know that there was someone who
looked after him--but just because you were his friend, that don’t mean
we have to be friends. My father was one man, I’m another.
7(medium close-up) Wallace: Whoa, hoss, rein up a bit--I think my damn
whiskey is kicking up some past dust. Hey, I expect nothing from you,
especially now--& I don’t expect thanks for befriending a man that most
folks spit on.
8(two-shot) the men in profile, Buck: Uh-huh--it’s just some things that
needed saying.
Wallace: No worries.
9(sound cue) flute & harmonica.
10(medium close-up) Buck: Antlered Buck was once a grand rancho. There
were horses sired there that could out run the wind.
11(two-shot) angle on Wallace: And I have no doubt that one day your ranch
will rise again.
Buck: Where can I pick up some brood mares & a decent stallion?
12(medium close-up) Wallace: I hate to say it, but Cash Bronson’s probably
got the best stock to choose from.
13(close-up) Buck: To hell with that--Bronson & I will meet soon enough. If I
have to I’ll ride clear to Silver City to buy some horseflesh.
14(medium wide shot) The two men just standing & drinking--Salina no longer
out in the back yard; after a quiet moment.
Wallace: You’ll probably need to take on a hand.
15(sound cue) six-string guitar chords, Indian seed rattle.
16(two-shot) angle on Buck: You looking for a part-time job?
17(medium close-up) Wallace, his eyes twinkling:
--Hey, I didn’t always wear this apron. I used to be a fair wrangler.
18(close-up) a grin widening on Buck’s face.
19(medium close-up) Wallace: No, there is this half--breed that used
to work for your Pa a bit. I’ve seen him around the stock pens. He’s
a top bronc-buster--calls himself Johnny Eagle.
20(two-shot) angle on Buck:
--Sounds like a good man, I’ll be looking him up.
Wallace: He won’t be hard to find. I hear he hangs out at the Cantina.
21(medium wide-shot) Buck: Thanks for the hooch & the palaver.
He started for the door.
Wallace: Son....
22(sound cue) harmonica slide.
23(two-shot) Buck turned back toward him.
Wallace: That was a serious offer we made on your place. There might come
a day when you get that old itch to see what’s on the other side of those hills;
if that happens, just pull up & ride. If you sell to us, you will always be welcome
there.
24(medium close-up) Buck, still smiling, arms folded:
--I’ve seen the other side of those hills, & the mountains beyond. Right now
I’m headed for the bathhouse; after that I doubt I’ll be scratching anything.
25(two-shot) Wallace: There are those who will appreciate your cleanliness.
Buck: Does your daughter have any suitors?
Wallace: Salina?
Buck: How many daughters you got?
26(medium close-up) Wallace, laughing: One is more than enough--but know
this, Miss Salina is the hog’s drawers, the cat’s butt--& she knows it. So far
she hasn’t taken up with any of these local tomcats. I think she scares most
of them.
27(close-up) Buck: I like her.
28(close-up) Wallace: So does Thor Bronson.
29(sound cue) snare drum & saxophone.

The sound and music folks would most certainly earn their pay on this production, Glenn. I'd pay good money just to sit in the Foley studio. (Do they even still use Foley studios?)

Great, tight man-to-man dialogue. Oh, and is that a Colt Lightning or a Thunderer? Hmmm... ;)

From one man to another...keep riding! ~ jh

Oh moving Oln biweekly was partly so I could read this story.. And now you've thrown in a fame in your confrontation - Buck will have to handle some hard stuff.

Joe: The pistol is the Colt Thunderer, Buck's hand gun of choice. Sound editors work in studios, not sure if they are Foleys. Thanks for the support.

Bjorn: Makes me smile as you need your Cinemagenic, Blackthorne fix twice monthly. Even though you are pulling my leg, I like your enthusiasm.

I’ve seen the other side of those hills, & the mountains beyond. Right now I’m headed for the bathhouse....I like that. It says so very much. the other night, I watched Silverado for the umpteenth time. I will be glad to see this move along more quickly so I can say at one point, read "Blackthorne" for the umpteenth time and always, I find something new....Hayes Spencer is Kanzensakura

What wondrous times and memories you must have Glenn.

As a kiddie-winkle I was in awe with every visit to the pictures (movies). I could imagine the great expanse of the studios and the magic created therein.

Twas for me - just magic!

Question: Have you thought about writing a screenplay? You should turn this poem into a movie a short movie. I love it! lots of great dialogue. You always paint such amazing canvases.

For me the 60's seem like the wild wild west.. with cowboys and Indians prominent.. but truly in agricultural areas like mine, the rough and tough mentality among women and men of the country does live on, without sidearms of course.

With sidearms, proudly displayed.. not sure how different life would be up in the woods of LA, Lower Alabama, aka NW Florida, haha!..

Anyway. the flavor of my childhood does come back here.. and my favorite of childhood shows is the amazing Jim West, and the Wild Wild West.. but yeah.. a child without a live in father is always looking for some kind of hero 'till one comes riding in on mirror..hehe!..;)

Nice chapter, I am looking for fireworks next after the bath, smiles ~

And your quote is spot on, Glenn ~

Ooh....the plot thickens yet again. Buck may come around yet. :)

I have no fear that whatever comes Buck's way he will be able to handle!

Hi Glenn, I thought that there was alot character depth introduced here - the one that really struck me was the differentiation between between the man and his father - My father was one man, I’m another. And of course a gun like that makes a man stand a bit taller.

and what is on the other side of the hill

Ooooh - looks like we are setting up for some romance - love your cinemagenic as always!

Poor Salina...she's got at least 2 interested but to be called the "hog's drawers"?! Ha, enjoyed the dialogue and music in your latest scene. Could you send me a flute score...I'd like to try it out :)

Ugh, your keen sense of dialog pulls me in my man... especially dug Wallace and the dick-ish shade he tossed to his lady... ha... cat's butt...