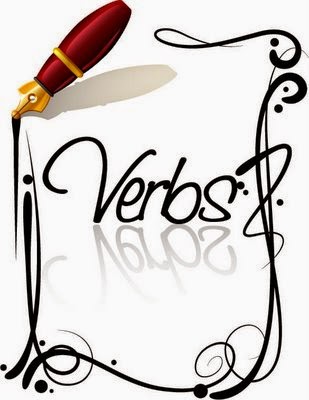 “So he tasted the deep pain that is
reserved for the strong.”--F. Scott Fitzgerald

Tis true, pit vipers have a lethal bite.
I’ve never seen a serpent I don’t want to smite.
Last night I heard the preacher got bit,
as immediately the rattlesnake was smote,
for no man enjoys being bitten,
leaving the faithful less than smitten.

Too often Joseph stopped after work for a drink,
& from overconsumption he’d never shrink;
his terrible thirst never satisfied as he drank,
slumping, slouching into his grief he shrank--
then after, endangering others as he drove drunk,
discovering the next morning his IQ had shrunk.

That afternoon you could really hear the city’s beat,
even overriding momentarily your need to eat;
pounding & screeching hard, clanging gears, jackhammer beat,
counterpointed by your swallowing as you ate--
the city remaining victorious, never beaten
as your ham & eggs were ravenously eaten.

They say that little Werner just had to fly,
and his grand dreams continued to grow,
until the first successful solo he flew
as his confidence & expertise grew,
until soaring faltered as years had flown,
skills diminished & passion was overgrown.

As any storm subsides, the birds will sing,
embracing the stillness with notes that ring;
cheering travelers, so grateful they sang,
with critters hyper-aware of what rang;
even the sun complimenting what was sung
as great trees expand a rung.

Poets often need that perfect word to find,
avoiding putting a stanza in a bind;
needing a publisher & a public to be found
before seeing their own volume bound.

For Victoria, calling for "revisiting the use of verbs". I chose Strong Verbs.
Boedromion = March in Greek
Kraftig = Strong in German.
Posted by Glenn Buttkus at 10:54 AM

Some very clever verses here, Glenn. I smiled at the midnight rider... Good for her for following her passion...I liked her 'devil may care' attitude.

It sounds like Werner followed his passion too an flew as long as he was able.

I liked the form of this poem, Glenn. I think you had fun with the verbs. Smiles.

Strong verbs Glenn -- can't help but think of your female rider and the scent of horse. :)

kräftig..smiles... nice to build in a german word here... sad on the guy who drinks and drinks and nothing is enough to satisfy or cover the pain? i heard a report once how your view shrinks after only one glass of alcohol.. it's frightening - and def. no one should drive anymore then.. ugh

This poem now has me singing "Midnight Rider" in head...danged song wurms....but like that song, the verbs in this poem tell the stories. And did you mean public for pubic? Either way is fine, just checking.

Thanks Hayes, yes I did mean "public", but you know "pubic" throws it off in a rather different direction; so much so, I almost left it in.

Oh I came too late to see the pubic display of the midnight rider.. **smiles* -- you have created some really cleaver images (and are you writing them in form Glenn?)

The greatest think about women riding horses bare back and free.. is they never need to get published and just do it free.. the audience is live.. and it can't get much better than that..:)

Once, while making my way down a Colorado mountainside, I heard horses on the Forest Service trail I was about to intersect. Two young women, headed back toward Telluride, bare to the waist. The image has hardly faded, and you brought it back... strongly.

Impressive use of verbs but especially the rhyming endings and overall cadence of the piece. Methinks I'll take a horseback ride tonight to celebrate the birth of spring!

for some reason i liked:
avoiding putting a stanza in a bind;

cuz it made me picture someone surrealistically putting a stanza into a binder.

I am smiling at that IQ shrunked drunk, and cheering for that woman who takes that midnight ride~

Enjoyed the different brush strokes Glenn ~ Have a good night ~

Glenn, love lady Godiva, newly told -and you know I'm always a sucker for nature poetry so especially loved those lines. Really like the rhyming too -K

Ha! I love the different yet similar vignettes. You have doused this poem with verbs and lit it up! Cheers!