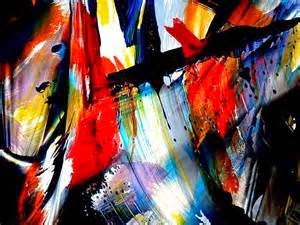 “Militant Islam tells us that the enemy of our enemy
is still our enemy.”--Benjamin Netanyahu.

Today Benjamin Netanyahu
gave a long speech to the Congress
of the United States, invited by
the Republicans not by the administration, not
by Barack Obama. It was given calmly, well-rehearsed,
sans histrionics,  as it was streamed live
on Goggle, with witnesses, standing room only,
tweeting results moments after every talking point.

The hard clapping, smiling Republicans welcomed
the Prime Minister of Israel
like he was long-lost Uncle Bernie, parading
him like a trained seal under the gaze
of the President, at the same time our
Secretary of State, John Kerry, is in Geneva       endeavoring to broker
a Peace Agreement with Iran “diplomats”.

The picture painted by Netanyahu
was ebony bleak indeed, reminding        us that Iran has been sponsoring
International Terrorism for over 30 years,
& that their mock competition with ISIS
over who will become the big Ayatollah of Militant Islam
is a sham; ISIS is but a motley conglomerate of zealous thugs
& we must not forget that Iran is a country, with huge resources
& a million axes to grind. His mantra was repeated like a Zen chant--
if Iran is left unchecked
it will develop nuclear weapons in less than a year,
& much like North Korea it will stockpile those weapons
like a troupe of rabid squirrels hoarding chestnuts.

Daily we are advised by genuine Islamic leaders       & scholars, that
Militant Islam is not, never has been Islamic by its
very nature, any more than David Koresh at Waco
actually represented Christianity.

Netanyahu compares himself to a
shouted-down Winston Churchill in         the 1930’s, warning
his country, & the whole world, that Adolf Hitler
& his Nazi denizens needed to be checked, & stopped.

“Remember,” Netanyahu said, “America is called the Great Satan”,
& that a marriage between Militant Islam
& nuclear weapons can only lead headlong
into deadly catastrophe, where all the nations of the Middle East
would be forced into an arms race, wanting warehouses
of their own nuclear bombs as a knee-jerk panacea,
as the most dangerous region in the world
would become a tinderbox, a powder keg.

How is it possible to negotiate
with a group of people who will never consider
accommodation,          who consider us Infidels, unworthy, unclean, Godless.
They gave those recently kidnapped Christians
a simple choice--convert to (their version of) Islam      or die.

We feel like appointed ambassadors to Jonestown,
trying to appeal to Jim Jones’ humanity,
as the beheadings & beastiality continue, &
are considered forms of acceptable behavior.
So what are we to do?

Just look around--          North Korea & Pakistan already have
a substantial nuclear arsenal, & so far
they have been wise enough not to use them.
Vladimir Putin may, or may not have had
anything to do with silencing his chief critic.
Muslim extremists in Africa still flourish.
Drug Lords & despots in South America still rule.
Innocent people everywhere,
in every corner of the globe
are being held for ransom, raped, starved, assassinated
& murdered      as the New Millennium Crusades dove-tails
with the old conflicts      still unresolved,
regarding combating tyranny & totalitarianism.

Meanwhile           in a quiet corner of the
international front page,
I found this tiny article about Benjamin’s younger brother,
Iddo, who is a doctor & a playwright living in NYC,
who was being interviewed          about the opening
of his new play, A HAPPY END;            a story about a Jewish family
who lived in Berlin in the 1930’s,
who were trying to assess the magnitude
of real threat that Adolf Hitler
& his maniacal horde of Nazis      actually posed;

which really pleased me
as I abandoned the planet’s chaos
this morning, & dropped it into the lap of irony--
where Art is allowed to portray both
a pretense & a portent.

Posted by Glenn Buttkus at 6:03 PM

You have made some strong points, Glenn. I listened to the speech too today. Often I really don't know what to think...there are no easy answers.

I only read some parts of it but didn't really follow through with the news ~ But this part struck me as true:

How is it possible to negotiate
with a group of people who will never consider
accommodation,

ha. it was an interesting speech today and gave us much to consider...international politics...and brokering of deals...good intentions do not always lead to honorable actions...heard that on the radio today too...there is much going on i am sure that we do not see...nor do they want us to...

I too listened to the speech. it is hard and you made good points. But I also pay attention to the ones who are beheading journalists, aid givers...It may not be part of Islam, but it is a part of their lives and beliefs. it is a hard call to make. And as in years past, I am cynical of points any part of either political party try to jam down our throats. I liked the part about the brother and his play. People are different everywhere.

Glenn- you have called out the conundrum, how does one reach out to others who only understand fear.

A comprehensive summing up of the global situation, Glenn. Argh. One could feel hopeless, but I refuse to succumb. Keep writing, we need to know these things. Even when we wish we didnt. And like Brian says, there's a lot they dont want us to know - which would appall us even more.

Wow, you have a global canvas - with accurate details and the close, with the contrast you built was very heart warming. Hope you are doing good.

It is a hard game here.. So many things are wrong in the world today - I read a historian comparing the situation in the Middle East to the 30 years war in Europe.. The real war is really between Saudi Arabia and Iran.. But somehow we are pulled into this with the deeds and actions...

At times.. the only hope of avoiding further conflict in the middle east is keeping a democrat softer in open minded way.. than conservative war hawk beating feathers of republican birds who fear to fly...in peace..to.. keep peace alive as birds too do fly.. in freedoms wake..of peace alive..:)

Violence can NOT be vanquished by more violence. Hatred must be met with peaceful words.

You illustrate the daunting difficulty of this global quagmire that we're in, and contrast Bibi's response to it (eye for an eye!) with his brother's long coagulation of an older evil. Warrior and shaman temper each other, I think -- we must act, yet with great restraint and humility -- qualities not possessed by Netenyahoo cawing to the Republican peanut gallery. This is not a time for simple solutions, nor can we put up with parties who have no solutions at all (Bibi had not alternatives to Obama's policy, as conservative Republicans can offer no fixes to health care or the economy or the world stage. Great write.

I am sorry but I have a problem with the foreign policy of the US. And even if I would like to take the words of a political leader on a matter of nuclear weapons and the troubled situation in the Middle East seriously, I just can't do so.

I like how you weave your thoughts parallel to his. It is true that we do not know what is hidden in those confidential files or how the situation actually is. Even, mass media is often sponsored by the political parties and their interests.

I liked it, for its frankness, for your thought-provoking monologue. Apt and thorough. :-)

And I loved the ending.

Maybe what we really need is a Gort (The Day the Earth Stood Still,1951) to monitor violence throughout the universe.

Very thought provoking. I don't trust the machinations of politics. I'm suspicious and the core I guess I'm fearful that none of our leaders really have good intentions. Their goal is for power. I enjoyed reading this and like your ending.

I don't have time to write this time, but agree wholeheartedly with what ironic status quo you describe. Personally, I feel there is an entire generation that is passe'and politics in countries the world over will have no longer tolerate the narrow-mindness of those like Netanyahu and their rhetoric. They are a lot of the problem and do not speak for the masses. Hopefully a new generation will emerge that will put a spotlight on real truths and put us on a road to a sustainable peace . I am too skeptical about the future, too disappointed in Supreme Court decisions and constantly wonder why there is so much power and money in the hands of a few who could change things if they were of the right mind and heart.

Fighting over religion. I have never been able to get my head around this. We humans still have a long way to go before we become truly civilized.

If only we could discern what is fear-mongering and what we really have to fear. To me it seems like there is so much information that is kept from us by governments of all nations and at all levels that it is impossible to have a clear understanding of what is really going on. When we can only see our side of the equation we cannot expected to solve the problem.

I did not follow the speech. But your words give a lot to consider - at times, there really doesn't seem to be any clear solution or an answer. A viscious bloody circle.