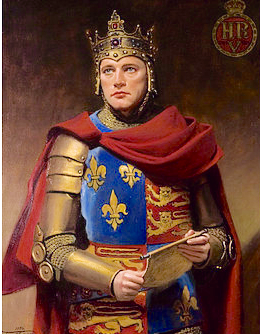 “To be able to look back upon one’s past lives
with satisfaction is to live twice.”--Lord Acton.

I remember my last professional gig as an actor, 1977, in the
stifling heat of January at the Mirnerva Theatre in Sydney,
Australia, in the heart of King’s Cross, sitting on a catwalk
20 feet above the stage watching pal Keenan Wynn faking
his way through a scene from a lightweight off-Broadway
comedy, frustrating his co-star, Jane Kean, of HONEYMOONERS
fame; him the victim of a hearing impairment & a terrible memory.

I had a nothing part as a cab driver, with 20 minutes to kill before
my next entrance. Someone sat down beside me--a very large man
with long hair & a swept back pompadour, jet black with silver wings
on the sides. He wore white pancake on his face, made up like a
Mime, with white eyelids & bright red lipstick. He had a large bronze
pendant of Buddha around his neck, his white Nehru shirt open to
his navel, orange tights & tall black leather boots.

“Hey,” I mumbled.
Hey, yourself, Glenn.
“Do I know you?”
Are you kidding, Slick? We have been friends for your whole life,
& the two others before that.
“What are talking about?”
Before this you were a writer of Gothic fiction; pretty successful too.
“Really? What was my name?”
Trevor Hardwicke. The life before that, you were an Irish laborer
working on the first subway line in New York City; died in a cave-in
at 33, left a wife & five kids. One of them became a doctor.
“So what are you called?”
Mathias, it’s always been Mathias, remember--I was Laertes to your
Hamlet right here in this theater.
“Come on, I’ve never been here before two weeks ago.”
Your Hamlet was the talk of Sydney for months, & your Henry V
was excellent; but you played Macbeth for two years straight.
“And you were?”
Macduff, of course. I really enjoyed killing you several times a week.
“But how can this be?”
Because as an old soul you chose to live in two overlapping
dimensions at the same time, born on the same day, with identical
death days. We are sitting on the edge of the overlap right now.
“Christ, this blows my mind.”
Do you want to know more about the other You?
“So I’m a fucking psychic twin?”
Actually at this point your personalities are legion on
multiple planes, & your coat of colors is blinding bright.
I could hear Keeno fluffing a major line with Jane Kean,
“Sorry, man, but I have to split & get out on stage.”
Take your time. He’s jumped ten pages. The last act will
have to be improvised.
I started to climb down a ladder to a lower catwalk,
“Will I see you later?”
Sure, you can’t help yourself.

I looked up & he was gone. I only saw him one other time
during some meditation twenty years later. He waved &
winked, but said nothing.

Posted by Glenn Buttkus at 8:39 PM

Sounds like that other dimension was more actor (but maybe less poet)... you have worked this to a great narrative.. how could we not not love to see how it was.. Maybe there are even more dimensions... anyway great imagination in this.

Oh, this is so cool. That whole past life dimension and possibility fascinates me and I can't help but wonder if what I grew up understanding as "purgatory" isn't part of that. I wonder what will come next. You definitely took the prompt to heart and imagination, Glenn. Bravo! Hope to see what you come up with on Thursday. No doubt it will be a doozy, too. And I think, because you are a born story-teller, the haibun is a great form for you.

I love those tantalising possibilities! So nicely told with the dialogue, the wink and nudge and taken for granted... You really are a great storyteller!

I love the idea of meeting another us, living in another dimension ~ This 1 lifetime is not enough for sure for someone who still have many many things to do ~

I really enjoyed the details of your description of the man (yourself) Glenn ~ Kudos to the haibun !!!

Glenn, This, I thought, was really successful. I'm glad to see you working again in this mode of prose combined with poetry and adding the dialogue was brilliant between you and your 'shadow'. The reading was really well done. You have such a great voice. Smiles...>KB

Smiles.. to live a thousand
vicarious lives in one
live even beyond
other incarnations..
always possible in a life
of movies.. never
ending
stories
coming
alive again
and again
again..
records
of life playing
more and different..
as i as me as us as we spin..:)

Absolutely fantastic :D I love the idea of meeting ourselves as someone else in another era.
Kudos :D

Glenn, this was both touching and poignant.....and, no, there are never enough years in one lifetime! You have 'aced' the prompt really.

Ah as I shared in Twitter, I was blown away by your story here. So much truth and fantasy intermingled. It made me daydream about the possibilities~

I want to say I'm "wowed"...especially by title and the final haiku! but how can I when Christ's name is profaned? I realize it's part of your voice but it hurts my sensitive ears, Glenn! You don't have to change and I don't have to read (just want you to know why I sometimes read but don't comment). Thanks, hope we can still be friends :)

Love your haibun with the twin dimensional selves...pretty cool, Glenn. It's not so far-fetched to me... I'm so taken with your interesting stories.

Love this. I grinned through the whole thing. You are a success it seems in many dimensions

Really well told - but then of course it is autobiographical.

WOW! How I enjoyed this scenario! I had not heard old souls can live two lives simultaneously. I get exhausted living one, LOL. Very cool!

I loved it. Thank you for sharing this genius wonder.

I loved reading this one. Completely enjoyable.