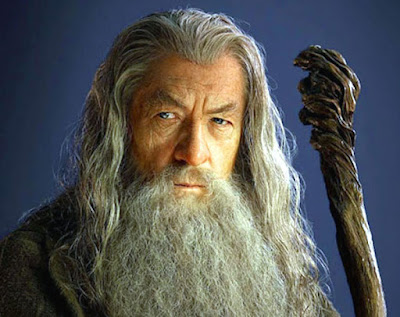 “All we have to decide is what to do with the time
that is given to us.”--Gandolf
LORD OF THE RINGS

My world is a movie
that can encompass all genres.
Since it is my world, like Bukowski,
I am the hero of my own shit.

Yet Life, as the studio, provides
its own directors, and its own writers.
I submit that the Panavision lens
that I perceive through is completely
cinematic, but most of the time
I don’t write the script ( though I do
come with sides and inserts at the ready).

I am catapulted into pre-set, pre-written
scenes, and it is my job to improvise
my part; and pad it if I can get away with it.
In my mind I have a lead part, but never
the Star. As an actor I accept the need to be
a reactor. I take pride in being the primary
cinematographer. I decide when to track,
or dolly, cut to close-up or panoramic wide
shot.

For the decade that I was actually
a professional actor, my two worlds became
siamese twins, joined at the heart. I was
allowed to conjure up diverse personalities
that in a normal lifetime, one could not play
them all--cowards, villains, priests and pimps,
cops and robbers, cowboys and Indians,
politicians and pedophiles, jesters and kings,
winners and losers, professors and poets,
and once I played Shakespeare’s brother.

Film work was rare, so I spent more time
doing live theater, but I always stood outside
myself, like I was in a movie that was all about
an actor being in a play.

Poetry has always buoyed me up when Life
worked too hard to cast me as
Everyman in some industrial documentary.
As a poet, I’m free to cast myself in any
guise, with any point of view...like Kerouac,
I can be an “outlaw of the sensorium”, like
Richard Burton I can be a “prince of players”,
like Trump, I’m a Gemini born on Flag Day,
like Jason Robards, I can pretend to be
a poet, and be one at the same time.

Posted over at dVerse Poets Pub
Posted by Glenn Buttkus at 1:37 PM

Love it... a life story in the form of a film... some great lines here, but especially the end... I can pretend to be
a poet, and be one at the same time.

I love this, such a creative and extensive metaphor.

You are so blessed to have experienced that kind of life up close. And now poetry is part of your life, lifting you up and casting your words to unknown shores. We can all pretend to be poet and be one. That last stanza resonated with me Glenn!

Interesting that you ...an actor have a lead part but are never a star!

Nice line: "I am the hero of my own shit." It describes my life as well.

I often dream of the theatre (spent some time there myself) - it is such a good metaphor for life.
Find myself doing much more improv now too.
Well stated, Glenn.

SMiLes
mY FriEnd
iF someone like
me WiLL Pretend
to Dance
And
Be
Named
A Legend
For Pretend
That's Real
i For oNe WiLL Not
See LiMits foR AN EXperiment At Hand..;)

The movies have given us great metaphors and, of course, plenty of cliches - they also borrow from the theatre. I like the way you perceive through a Panavision lens, which comes through in your poetry, your 'sides and inserts'. I wouldn't worry about having 'a lead part, but never the Star' - they're not all they're cracked up to be and you got to 'conjure up diverse personalities' and didn't get typecast. I like the phrase 'Everyman in some industrial documentary'.

this read like the Tanpura Principle in writing, that we don't have to live a suffering poet's life to write like a suffering poet, we can be gay by day and maudlin by night and still earn a decent living not being a poet but still writing. your acting experience has added such an amazing flavour to your poetry.

All the world's a stage...or a film set. Great extended metaphor intersecting with your reality.

Wasn't it Shakespeare that said we are all actors? I always wondered how actors could live a real life, or if they got lost in it all. I think Peter Sellers got lost. But maybe we all get lost in all the roles we play.

This is so relatable as we're all actors on life's stage. I've always felt I play a supporting role and hope to play it well until final curtain call. This real life metaphor explains why your poetry has such dramatic flair...Bravo!

Ian/Gandalf, my favorite Maia, raised in the halls of suffering and compassion. anyway, enough bout the picture. Magical reminiscence and recursive hidden metaphor. It might be seen as an Ars Poetica with an acting being a metaphor compared to poetry, but the deeper twinge is about what it means to even be alive. There is a certain wisdom of perseverance in the thought that one can pretend to be alive, and actually be alive at the same time.


We're all the hero of our own play. Unfortunately, some of us are not great script writers! Thanks for sharing your very colorful life … and in a most entertaining way.