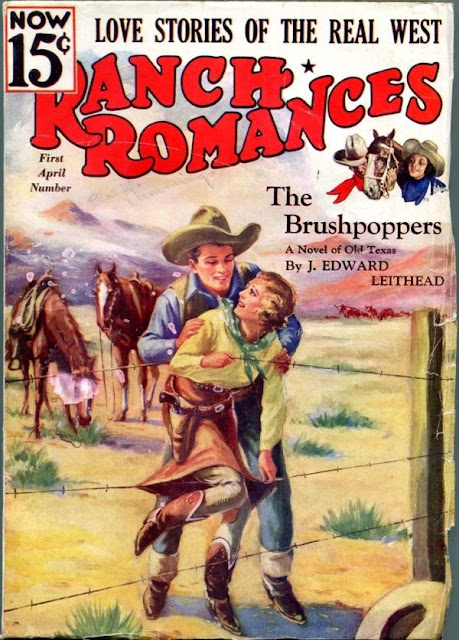 “Life, too, is like that. You live it forward, but
understand it backward.”--Anonymous.

1(sound cue) piano and harmonica.
2(cut to overhead drone shot) the three of them,
with the team shuffling and bobbing their heads,
their golden necks arched, their white manes and
tails catching the breeze.
3(three shot) Buck: Uh-huh, we could do that. Hell,
we can go into the big house and take the sheets
off the dining room table.
Johnny: Christ, boss, that would be dustier than
out here. We’re not set up yet for company.
4(medium close up) Buck, all smiles, removing his hat,
and wiping his brow, and the inside of the hat band
with a red bandana: Well, compadre, this lovely lass
has swallowed a lot of dust coming all the way out
here. So let’s not be rude. Let’s take some time off,
find some shade, and get after those vittles.
5(sound cue) violins.
6( cut to a three-shot) Salina began to look around for
a nearby pool of shade. Buck was staring at Johnny,
waiting for him to respond. The Eagle raised his chin,
and wiped the sweat from his neck. Silence reigned
for a elongated moment as they inhabited the
awkwardness.
7(sound cue) horses snorting, tack creaking, the
springs complaining under the carriage seat as Salina
shifted her weight, free range chickens clucking, over
the sweet strings.
8(close up) Johnny: The truth is that I’ve got a lot of
chores to do around here, and my boss can be a real
asshole about slacking off. So why don’t you kids
leave me a couple pieces of chicken, and you two
skeedaddle off to the lake, and have yourselves a
proper picnic?
9( medium wide shot) Salina spurted out: I won’t
hear of it. I purposely packed this lunch for the three
of us, and I can’t see why all three of us don’t dash off
to the lake for an hour. Will the ranch fall down if you
take a noon break?
Buck, looking slyly at the Eagle: Johnny, don’t
be silly. You don’t need to stay here.
Johnny: No, I’ve made up my mind. You two
need to pound leather before you lose the beauty
of the day. Now, go--get out of here.
Salina laughed as Buck reached into the basket
after some fried chicken. Are you sure that you
want it this way?
Johnny nodded, smiling widely. Buck handed him
two hefty golden crusted pieces of chicken. Johnny
bit into one immediately, and said around the stringy
white meat: Can both of you swim?
Buck and Salina looked at each other.
Johnny: I’m going to be kind of busy around here,
and I won’t have time to gallop up to the lake in
the event one of you falls in.
Buck winked at him, and climbed up on the seat
alongside Salina Wallace.
Johnny: Here, take the Winchester. You might could
run into some varmints along the way.
10(sound cue) guitar and banjo--joyfully.
Salina gave Buck the black dyed rawhide fancy reins,
and he swung the pair of palominos to the left, heading
east, past the barn, along a cowpath that hadn’t been
used for years. Cheewa chased after them. The Eagle
watched until they passed from sight behind a low mesa;
a midnight black carriage pulled by golden horses
followed by an ebony dog--three shadow figures
shimmering in a world of mirage heat, distorted by the
distance, blending together as they dropped out of sight.

Posted over at dVerse Poets Pub OLN
Posted by Glenn Buttkus at 4:10 PM

I absolutely loved the silent agreement between Buck and Johnny as the conversation resumes in Buck's favour with the latter letting romance stir between Salina and Buck. Can't wait to read what happens next! I too wrote about a picnic!❤️

I wonder what will happen at the lake? Romance? Ambush? Both? It would have been nice if they went in and at the dining room table, but the lake is nicer. Very nice end shot.

Oh... Johnny knows the importance of letting Buck have his time with the lady alone... now I wonder about the varmints that might come and disturb the pastoral.

It looks like Johnny knew it was best to leave those two alone.

That is very tactful of Johnny. Looking forward to the picnic feast, smiles.

Engaging and entertsining as always Glenn. Johnny being a good “wing man”. The lake looms ominous in the coming scenes...

I can imagine the looks between the two men. I wonder if the mention of varmints is a bit of foreshadowing.