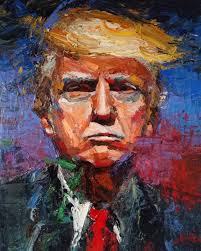 “Trump is unloved in his own house; a figure of
ridicule. He was told by the greedy & the stupid
that he would make a swell president. The Liar’s
Paradox has spun out of control--with liars lying
to a liar who believed the lie. What would this be
called? Fox News, I think.--Richard Cohen.

Trump has spun 12,050 lies in only 928 days.
Government is grateful when people refuse to think.
Homer taught poets the art of telling lies skillfully.
Every lie repeated often enough becomes the truth.
People tend to accept a big lie over a small one.
Liberty must be controlled--it’s that precious.

What is it, to each of us, that is most precious
among the hordes of lies we encounter every day?
It shouldn’t be that hard to think of one.
Perhaps it’s no longer a virtue to actually think.
I submit, for me, it’s respecting real truth.
Difficult to do while amongst liars so skilled.

What a world if “truth” was included in every skill
set; something coveted and considered precious.
Audacious, I know, to respect, to worship Truth.
If truth became a hero, I would cherish that day.
Now truth is not revered. I don’t even postulate
that it is considered a necessary, useful skill.

I beg you, implore you, to be the first one
to counter falsehoods with truth so skillfully.
I don’t believe you are dolts, incapable of thought,
of introspection, honor, empathy, & the valuable
distaste of telling/hearing swarms of lies daily.
Wear blue hats with one word on them--truth.

Don’t just fret when you hear something not true.
If so, speak up, proudly be the brave one
whose stentorian voice is heard that day.
I will cover your six with my own skillfulness.
Our “Fellowship of Truth” will emerge priceless
Garner your dignity, strength & righteous thoughts.

Demagogues & dictators cannot kill a good idea;
on T-shirts, on everyone’s lips--one word--TRUTH.
Form legions, march in streets--priceless.
Become a warrior for truth--be at one
with it; court it lovingly, very skillfully,
so that you will forever celebrate that Day.

There will never be a better day in your life.
Prize cognition over all other-directed emotion.
Nothing, before or after, will be more precious.
Glenn Buttkus

Posted over at dVerse Poets Pub
Posted by Glenn Buttkus at 6:49 PM

This form fucks with the mind and obliterates any sense of poetic balance — but hey dude, you did it! Don’t like the form, but like your thoughts brother. Great job! :-)

Yes to this poem Glenn. Specially love this part:

Become a warrior for truth--be at one
with it; court it lovingly, very skillfully,
so that you will forever celebrate that Day.

Thanks for joining in and wishing you a good weekend.

Glenn when I think truth in the political arena, I think of Bernie Sanders and his blue bird logo. We are awash in a dedicated effort to obliterate truth. Acting as living examples by being truth warriors is an idea that could work. "Build it and they will come." The most insidious lies to each person are the ones they tell themselves. I remember so many I told myself from day 1 of my last relationship, which started 13 years ago. Lies are the rationalizations we give ourselves to do or not do so many things. Not as easy to get rid of those. Thank you for igniting my mind with your sestina.

Without doubt, this extended form lends itself to a political rant. You have used the form effectively in this regard.I'd be interested in knowing who you favor for the next election. It's going to be a brutal few months, I suppose.

This long form works so well for a political rant, what concerns me most is that it seems like the best way to battle the lies is not truth but even more lies... it takes many to say no to lies (even the lies we might like)...

This form is a bit of a bugger, Glenn, but you have managed to use it effectively...rant on!

Well said! What an excellent use of the form.

This form is complicated and time-consuming, but, as Victoria said, you’ve shown that the sestina lends itself to a political rant. I find it incredible that Trump has been allowed to get away with 12,050 lies in only 928 days! Yes, we must stand up for truth!

ha A political sestina rant. Done as only you can as you capture the essence of this strange madness.