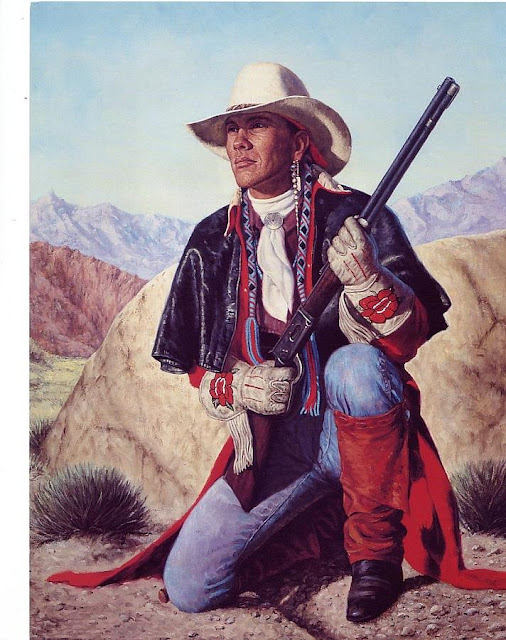 “It almost seems that nobody can hate America
more than Native Americans. America needs new
immigrants to love and cherish it.
--Eric Hoffer.

Columbus Day--BFD. Most of us know that
Columbus did not discover America. He never
set foot on it. He made four voyages across the
Atlantic, and he made landfall in the Caribbean,
Central America, and South America. He was
searching for a trade route to the East Indies;
that’s why he named the indigenous people he
encountered Indios. The Mongols had cut off
access to the Silk Road.

The American tragedy was not a new one.
Throughout the entire globe, as conquerors,
and colonists discovered the indigenous
populations, they murdered, abused, robbed,
raped and enslaved them. Indigenous tribes
were called many things, Natives, Aboriginals,
Originals, and First People. Several thousand
years of residency meant nothing to the new-
comers and outlanders. In Seattle today we
celebrate Indigenous Peoples Day--fuck
Columbus.

Working for the VA for decades, I found out that
working with Native American Vets took special
skills. Annually they send some employees to
attend a week long Native American Sensitivity
Training. I attended a session in 1997. It was held
at Camp Chaparral, on the Yakima Reservation, on
the east side of Mt. Adams.

We gathered daily to hear Vets testimonials regarding,
alcoholism, education, wife battering, drugs and
suicide. I entered a sweat lodge and passed out during
hour two. I found my niche in the Artist’s Hogan. I
made sketches and drawings of Pow Wow dancers and
gave them away as gifts. One of them is still framed
and hanging on their Wall of Respect. I became an
honorary member of the Yakima tribe. I made several
good friends. We stayed in touch for a couple of
years, but then we let the bond slip away, quietly at
night on a warm Spring breeze. I could hear the
haunting flutter of a branch flute as it departed.

Eagles nested in
a tree outside my window;
I gave them good names.

Posted over at dVerse Poets Pub
Posted by Glenn Buttkus at 1:43 PM

A powerful, heartfelt tribute to Native Americans. I especially liked how your own story intersected with the tribe with which you worked. And that haiku is beautiful!

That was interesting. Are you still involved with the VA?
I appreciated your personal response to the prompt.

That you were aware of the bonds slipping away. I think I understand that. The haiku gave me gooseflesh.

I enjoyed this, Glenn. All of it, especially "quietly at
night on a warm Spring breeze" and the closing haiku.

So people in Seattle already celebrate Indigenous Peoples Day. I didn't know it was Columbus Day until I called some recycling service only to find out from a recording that they were closed. I am not sure how popular this day is anymore.

Heartfelt and personal, Glenn. And love your Haiku.

It is a lovely haiku. Your friends would have approved.

I really love the personal touch and how much you become such a good part of the tribe... we always have to find our own way into a foreign culture... being an artist or a cook might sometimes help

Glenn, your last paragraph brought an ache to my throat. To gain acceptance is no little thing. I'm sorry the bonds "fluttered away" that's how it goes sometimes. When I was doing juvenile probation, someone started up a residential treatment camp that was part structured like military and part Native American principles. It had a sweat lodge that the kids did, and it is my understanding many felt a freedom to talk about their traumas in it. Of course someone had to f*ck it up by being inappropriate with one of the girls. They got shut down a short while afterwards.