Daddy, Can You Hear Me? 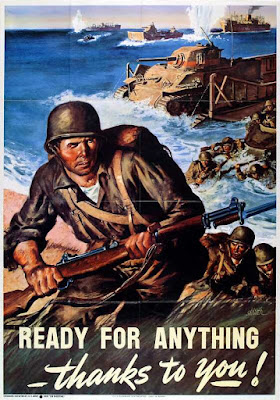 Daddy, Can You Hear Me?

“We cannot invade America. There would be a rifle
behind every blade of grass.”
--Admiral Isoroku Yamamoto.

As a poet, I have mentioned divers aspects of my
life. I am comfortable with my past laid naked, an
open book, personal fodder for  poetic musings.

On paper, legally, I was not a bastard. My mother
was married when I was born. After my mother’s
early death at 39, it was revealed that her first
husband was not my real father. After two more
marriages, I piled up three stepfathers. My real
father remained anonymous for 75 years, like
a bottomless pit in my chest.

On my birthday a year ago, after submitting my
DNA as a lark to Ancestory.com, I was contacted
by a woman who claimed to be related. We met,
and compared our life stories; and shazam, the
aching mystery of who was my father was solved.

There were five sons in her Pellegrino family. My
Father had to be one of her four uncles. The eldest,
Frank, turned out to be my Dad. As a soldier, he met
my mother while passing through Spokane in 1943.
He survived the war, and ironically lived less than 30
miles from me for five decades, until his death in the
90’s. I am 68% Italian, and I now have a new family.
I proudly have a portrait of my father in his paratrooper
uniform hanging over my desk.

My Dad was a war
hero, spending June ’44
fighting in Europe.

Posted over at d'Verse Poets Pub
Posted by Glenn Buttkus at 1:08 PM

Wow... I wonder if he knew that he had a son that close, but maybe you had enough fathers growing up. Three of them sound a little bit too many for me. I am sure it made you independent though.

oh Glenn....I love the telling of this. And most of all, that you have his portrait proudly hanging in your home. What a moment for you to have your past confirmed and to learn of new relations. Thank you for sharing this today. I would love to see the portrait! :)
I hope you'll join in the livecast on Thursday for the first hour of the pub/chat. I think it will be amazing to see and hear folks we've been "wording with" over the years! Only wish Buck could be there too :)

The news is still fresh enough for you to feel it shining. Better late than never!

It must have been very difficult not know who your father was for all those years. I loved your story and am glad you found your extended family.

I'm sorry you never got a chance to meet him, Glenn. I'm glad you have his photo over your desk.

The wonderful stories about my Dad, told to me by new uncles and cousins fill a lot of the blanks. It filled me with pride to be told I had my father's voice and mannerisms.

What a fascinating tale, Glenn. There is, no doubt, a modicum of satisfaction in hanging the portrait near your desk … sort of making up for the parade of stepfathers! (By the way, so glad you escaped your recent health scare!)

Thank you for sharing, Glenn. I'm glad that even though you didn't meet your father, you were able to meet your uncles and cousins. (A similar thing happened with my niece.) And how lovely that he is someone you can be proud of.

How wondrous to find your father after all that time, and so sad you didn't meet him!

Wow! Thank you for sharing so intimate an experience, in such an evocative and sublime way! Bravo!

That is an amazing story share. Life is filled with mysteries and sometimes they do
get solved. So glad you found the piece of your heart that was missing all these years.

What a story, Glenn, and it's yours to cherish together with the portrait.

I was riveted throughout reading this, and now I'm wondering if you might be writing your personal story as a screenplay or book.

What an incredible story Glenn!

I never knew my bio mother either but I also hang onto anecdotes and photos. Thanks for sharing your story, Glenn! I'm glad the mystery had a satisfying resolve.

Wow. That was fascinating and it must be such a huge relief to finally know.

What an incredible story, Glenn. I hope you are happy and fulfilled by this news.

The new DNA technology is a blessing, so glad you could meet your new family. A war hero is always remembered.