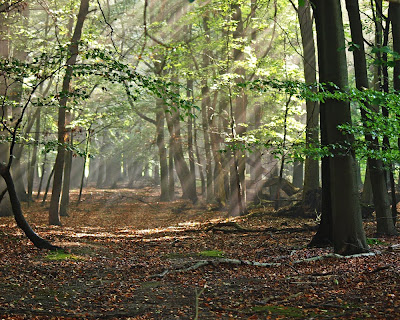 
His last poem typed in early light
out in the garage came from the center
of the earth,
a final statement on the side
of "mercy and the upright life."

He took a deep breath--no one told him
it was the last, that the word
he ended his poem would remain
unchanged in all its clear neutrality.

When they found him and undid his vest
that breath was gone. But the word stayed
where he left it at the end of his poem.
Would it ever be the same?

Not to me, a friend who wanted to take
each letter one by one, set it
by hand in Centaur type, firm up
the chase, and give the flywheel a spin.

He knew how to hold his arms
when it rained, to hold onto the grass
in the face of brother wind. Fin, feather,
fur--he knew all their names.

Those of us who know he can't be gone
hear his voice still in quiet places
and catch the ball when it comes
annie-over down the shingles of the dark.

Hold on. You don't want history
to be torn loose again. The stories
strangers tell in the storm
are about you
and some other characters you share

when you find out who you really are,
wandering somewhere at the edge
of the earth alone.

Posted over on News From Nowhere

from THE SLEEP OF GRASS: A Tribute in Poetry to William Stafford.
Posted by Glenn Buttkus at 10:57 AM